RSVP your regrets to this lackluster comedy about a wedding reception 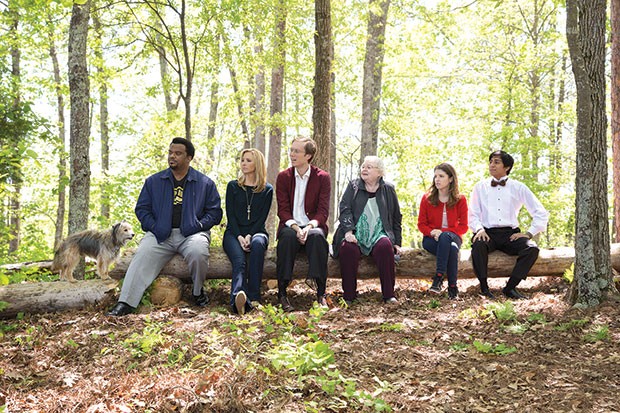 Directed by Jeffrey Blitz Starring Anna Kendrick, Craig Robinson, Lisa Kudrow, Wyatt Russell
Plenty of the wedding-day experience is grimly endured by guests (and celebrants), whether it’s a tedious service, a draggy dinner reception or a lackluster cover band. But just as we have all suffered, so too should we all laugh knowingly at a brisk, bright comedy about how miserable and silly attending weddings can be. Alas, despite that low bar, Table 19 is not that film.

Like many a nuptial gone sour, it looked hopeful early on: The director, Jeffrey Blitz, helmed the great 2002 spelling-bee doc Spellbound and debate-team comedy Rocket Science (2007); the script was written by brothers Jay and Mark Duplass, creators of HBO’s Togetherness. That seems like a team with a decent pedigree for an observational comedy about an awkward social situation, like being stuck at the reception’s “losers table.”

Eloise (Anna Kendrick) reluctantly RSVPs “yes” to her best friend’s wedding. She was dating the bride’s brother, Teddy (Wyatt Russell), and she was the maid of honor; now, having been dumped by Teddy, she’s at Table 19, the Siberia of the reception hall. Joining her there are: Jo (June Squibb), the bride’s former nanny; Renzo (Tony Revolori), a nerdy teen who reckons a wedding party might cure him of his virginity; Walter (Stephen Merchant), a bumbling dude out on a day-pass from his halfway house; and Bina (Lisa Kudrow) and Jerry (Craig Robinson), a bickering married couple.

From the meet-up, some rather familiar things happen, ranging from wedding-cake mishap to crying in the ladies’ room, while the Table 19 crew double down on their cardboard characterizations. In a poor script decision, some characters are having real-life problems, while others are burdened with wacky, exaggerated-for-guffaws travails. (Nothing about Walter’s dim-bulb criminal act makes any sense, but Merchant has such great comic chops that he winds up with most of the laughs anyway.) Likewise, the assorted subplots — each character gets a backstory — vacillate from boring to kooky to mind-numbingly hackneyed.

Ultimately, we don’t even spend that much time at Table 19, listening to the band churn through 1980s pop songs. Eliose wanders the hotel hallways fretting, and after the aforementioned cake incident, everybody decides to hang out in Nanny Jo’s room. Confessions are made, kindnesses are offered, bonds are formed, then everybody takes a walk in the woods. Speaking of the 1980s, Table 19 is in essence an updated The Breakfast Club, where the ostracized wedding-party misfits teach each other life lessons over an hour or two of forced togetherness. So, you know — don’t you forget about me, and don’t forget to RSVP your regrets to Table 19.