“That album sells more each year now than it ever did back when it was released.”

Over the 35 minutes of The Zombies’ 1968 magnum opus, Odessey and Oracle, there are a few moments that will stop you cold; one is the beginning of “Butcher’s Tale (Western Front 1914).” Nestled on Side B of the full-length, between the heartwarming ballad “This Will Be Our Year” and the near-saccharine pop tune “Friends of Mine,” “Butcher’s Tale” opens with pure noise, growing into a carnivalesque voice-and-pump-organ ditty. It’s grim in content — as the title implies, it’s about World War I — and creepy in its psychedelic tone. It also had the distinction, on the album that later spawned the international hit “Time of the Season,” of being a lead single.

“‘Butcher’s Tale’ I always thought was a great song,” says keyboardist Rod Argent, noting that it was one of a number on the album written by bassist Chris White. “It was the craziest choice for a single. That was the first single off the album. It was in a way one of my favorite songs on the album — but never a single!”

A lead single about war horrors, a band that broke up before the album hit stores — there was a lot conspiring against Odessey and Oracle becoming the classic it’s now regarded as. (The misspelling in the title, the story goes, stems from a typo on the cover designer’s part.) It was the first (and last) time the young band produced its own record. The British five-piece had emerged in the mid-’60s with jazz-tinged rock hits like “She’s Not There,” reaching a healthy level of success, but never the widespread fame of the biggest British Invasion outfits. By 1968, half of the band was looking to settle down rather than stick it out in the rapidly changing rock world. Besides, the way the industry was structured, the group’s primary songwriters, Argent and White, were doing a bit better financially than the others. 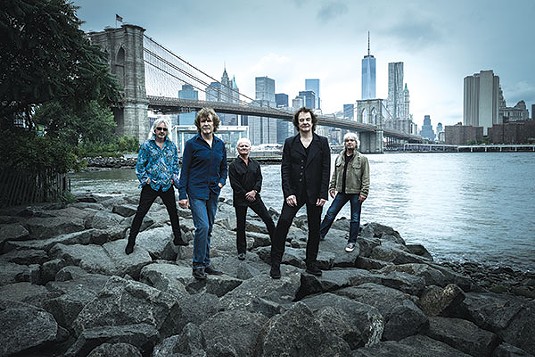 Photo courtesy of Andrew Eccles
This will be their year: The Zombies (Rod Argent, second from left)

“There wasn’t any rancor about it,” White says. “Rod and I had enough to live, because we were writers. And the others weren’t. The record didn’t take off first of all, and they had to live.”

After the band split, singer Colin Blunstone went solo (with some production help from Argent and White); Argent formed the band Argent, with White helping out behind the scenes. (White co-wrote the band’s biggest hit, “Hold Your Head Up.”)

“Chris and I desperately wanted to keep together and keep working,” Argent recalls. “Chris didn’t want to play live anymore, so he became sort of a silent member of Argent, as a co-writer and co-producer.” (White’s recollection is slightly different: “I had no problem with touring,” he says. “But when we put together Argent, [Jim Rodford] was a better bass player than me. So I concentrated on writing and producing.”)

The Zombies’ biggest lasting legacy (and cash cow) is “Time of the Season,” an off-kilter, swinging psych tune that became an Aquarian anthem. But it’s Odessey and Oracle as a whole that’s kept up interest in the band as more than a one- or two-hit wonder. “That album sells more each year now than it ever did back when it was released,” Argent says.

While Argent, a virtuoso keyboardist and charming performer, was always important in charting the band’s course musically, Odessey was where White came into his own as a writer. No one is quicker to point that out than Argent himself.

“Chris really flowered during that time,” Argent says. “Some of the songs that he wrote, when you compare them to the early songs he wrote, are really great. Things like ‘This Will Be Our Year’ have really stood up over time.”

“That’s now become a wedding song!” White says of “This Will Be Our Year,” something of an ex post facto classic. “My youngest son got married on August 1st, and I played it at his wedding, with my other son, who’s got a band called Et Tu Brute. And it was played at his wedding — it goes on and on and on. I’ve heard it at so many weddings; it’s not my song anymore.” 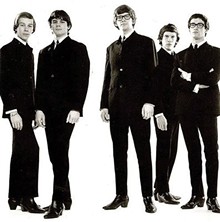 In the late ’90s, Argent and Blunstone reunited to tour; before long, they were performing as The Zombies, with a band that included Jim Rodford and his son, Steve. There were some short-lived reunions; in 2004, the original band played together shortly before guitarist Paul Atkinson’s death.

“I suddenly realized it was coming up on” the album’s 40th anniversary, he says, “and we’d never performed Odessey and Oracle anywhere. We split up soon after recording it. I said to Rod, ‘You realize it?,’ and he said, ‘Let’s talk about doing an Odessey and Oracle premiere!’”

That turned into a series of Odessey dates in London in 2008, which was the last time the four remaining original members played together, until now. The Zombies tour that comes to Carnegie Library Music Hall of Homestead on Wed., Oct. 14, is part of an international tour with the original four — a one-off, Argent says, before he and Blunstone return to their new-Zombies lineup.

The idea is to recreate Odessey and Oracle as faithfully as possible for an American crowd that’s never seen the album performed live by the original lineup. That means bringing to life, for example, the musique concrete and pump organ and vulnerability of “Butcher’s Tale.”