Support Pittsburgh artists by buying their records on Bandcamp tomorrow

... And beyond tomorrow as well

By Jordan Snowden and Alex Gordon

Here at Pittsburgh City Paper, Bandcamp is one of our favorite ways to find and support Pittsburgh musicians. Searching "Pittsburgh" and scrolling for new releases with that tag has led us to some of our favorite discoveries. So it was fitting that the one of our favorite platforms would step up to the plate during this extremely stressful time. From midnight tonight (PST) to 11:59 p.m. tomorrow, Bandcamp will forfeit its share of the revenue from online sales so that artists get the full amount.

In that spirit of support, we asked folks from Pittsburgh's music scene to recommend other artists' releases to purchase tomorrow. We'll be updating the list continually. If you're an artist in Pittsburgh who wants to make a recommendation, send a link and a short blurb to jsnowden@pghcitypaper.com.

Here's what we have to far:

INEZ recommends Akono Miles: Dust To Go
This was cool to fly through so many projects ... My ears caught onto Dust To Go x Akono Miles. It’s a beat tape that transported me into the 4-year old watching my grandfather fix electronics in his basement. It feels like if you threw a Dilla-head into a blender w/ cassette tapes, a space command station, and a CB radio. Love it!!! Akono is definitely a name to watch for production and sound design! Listen/buy here.

Steve Soboslai (Punchline) recommends Chalk Dinosaur: Peace
Chalk Dinosaur is the project of Pittsburgh native John O'Hallaron. He makes more music than anyone I know AND produces it himself. He just released an EP — a collaboration with Ancient Frequencies called Peace, made up of ambient electronic music combined with live flute. Would be good for all of us to have that kind of calm in our lives right now. Support this prolific 'Burgher! Listen/buy here.

Jordan Montgomery recommends INEZ: Voicemails and Conversations
This album is perhaps one of the most honest and inspiring displays of women empowerment that I’ve heard in some time. Even at 22 tracks the album gets more enticing the get deeper you get into it. With this project, Inez has set the standard for future R&B projects coming out of the city. Listen/buy here.

Lauren Goshinski recommends فناء FANA': Jin Jiyan Azadî
فناء FANA' is a mixed-Kurdish multimedia artist based in the U.S. Their work focuses on the turmoil of diasporic life, the liberation of Kurdish people, and how intergenerational trauma affects us all. This album is dedicated to Kurdish politician and activist Hevrîn Xelef‎, who was brutally murdered by fascists during Turkey's occupation of Rojava. May Kurdistan find peace from the wolves who aim to destroy her, inshallah. Listen/buy here.

Alex Gordon (CP managing editor) recommends w00dy: Relentless Kickdrum
"Music to freak out to" is how w00dy describes Relentless Kickdrum and I can't do much better than that. It's like an anxiety headache came to life, yet it's weirdly soothing and hypnotic. Favorite track: "Hell." Listen/buy here.

This album and artist has been swirling around the periphery of my radar since being released last fall. I recently had the pleasure of finally listening to this music and was struck [by] how an artist's image can sway perception. I was expecting some hard-ass doom beats as they were licking a butcher knife with blackened out eyes on the cover. What a surprise it was to hear a plaintive, delicate, emotive, and introspective collection of songs that I cannot stop listening to. What an invaluable lesson I learned. Never judge an album by the cover. Listen/buy here.

This album is nonstop energy, empowerment, and truth. WARNING: you WILL want to dance. Listen/buy here.

Last year Death Instinct put together a glorious debut EP filled with dark, droning post-punk. It is a pretty dynamic finished product considering that there are only 4 songs. Between a sea of reverb, sunken bass tones, and haunting vocals, you can really lose yourself. They are probably at the top of my list for Pittsburgh acts I have yet to see live. I must also mention that this was put out on cassette through Play Alone Records, whose curation (in addition to Death Instinct) is absolutely flawless. Listen/buy here.

Liz Felix recommends String Machine: Death of the Neon
They’re a seven-piece indie rock collective led by songwriter David Beck. This record was recently re-released on vinyl and favorably reviewed in Pitchfork. I booked them at WYEP’s Local 913 Live happy hour on St. Patrick’s Day and unfortunately we had to cancel. We’re hoping to make it up to them soon, but in the meantime, this is an album to hear and a Pittsburgh band to support. Listen/buy here.

Jordan Snowden (CP music writer) recommends Princess Nostalgia: Princess Nostalgia
This self-titled release is one I've put on repeat many times. It has world elements, is electronic-based, and sways from upbeat to groovy while sitting in the R&B realm. But what stands out to me is how strong and self-assured the production is for an artist, that at the time of the release, was just starting out. My favorite track: "Lost and Found." Listen/buy here.

Roger Rafael Romero (Feralcat) recommends Code Orange: Underneath
I don't know how much this counts as local, but this album low-key changed my life. I haven't been this excited for a heavy record in years. Their sound feels like it's the future and the present all at once, with its keen use of glitching within riffs and it's powerhouse vocals. They released the record Friday the 13th, and I wish so badly that I could've seen them perform the album for the first time that night. Their Twitch livestream was legendary, though! Listen/buy here. 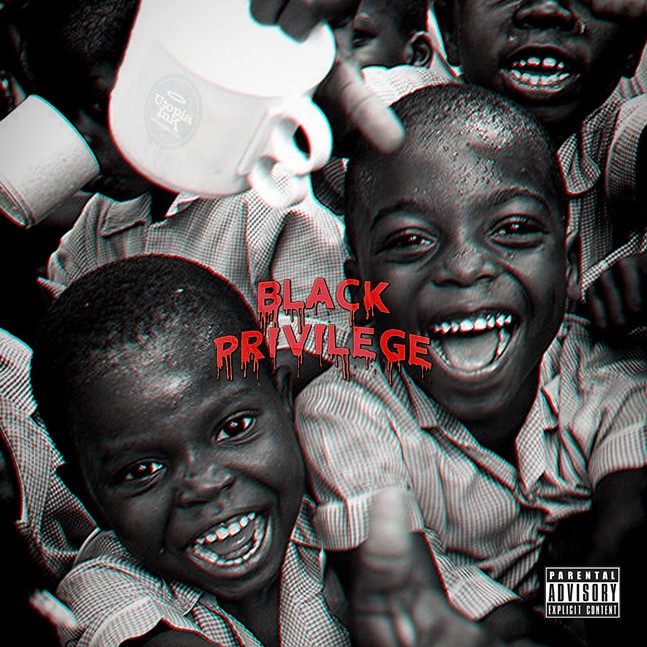 The reason why I recommend this album is Hubbs is who I consider the Black Moses of Pittsburgh Hip Hop. I always admired his pen game and his wisdom. I know when I need to hear something that’s gonna make me think and nod my head over with good production that’s Hubbs. Hip Hop to the core. Listen/buy here.

Alex Gordon (CP managing editor) recommends C. Scott: Phase Shifting
C. Scott's official debut is a collection of beats with pristine production packed with details that become more rewarding with each lesson. He's dropping another album tonight on Bandcamp (also, coincidentally, the album recommended by Sierra Sellers), so keep an eye out for that. We'll update once it's up. Listen/buy Phase Shifting here in the meantime.

Lisa Cunningham (CP editor-in-chief) recommends Scratchy Blanket: Something for Everyone

Scratchy Blanket is my go-to local band to listen to when I need a quick boost. The band’s charming, whimsical songs are like a warm hug on a cold day in a non-coronavirus world. Additionally, the band will be donating any proceeds they receive through Bandcamp tomorrow to the SisTers PGH LGBTQIA Emergency Relief Fund. Listen/buy here.

Edward Banchs (CP contributing writer) recommends Horehound: Holocene
Horehound's latest release, Holocene, is a great add to your metal collection as it is the album that signals their definition of the "Horehound sound" in my opinion. Holocene's journey travels between thoughtful and melodic spaces, while strapped to a rocket powered by some of the most incredibly sludgy riffs the band has ever recorded. While you are at it, I also highly recommend their latest two song EP, "Weight"; short and to the point, this little riffer is a huge delight. Listen/buy here.

C. Scott recommends Circular Signals 5 Year Anniversary Vinyl
One of the highest quality hip-hop releases to come out of Pittsburgh and a major inspiration when I was first learning to work the MPC. Clever, elegantly-sampled, no-nonsense boom-bap beats and evocative, emotionally-searing rhymes. So nice I bought it twice. Listen/buy here.