Summer Wine for Around the Bonfire

A modern version of potus ypocras, a health-restoring medieval beverage

By Tricia Cohen and Lisa Graves 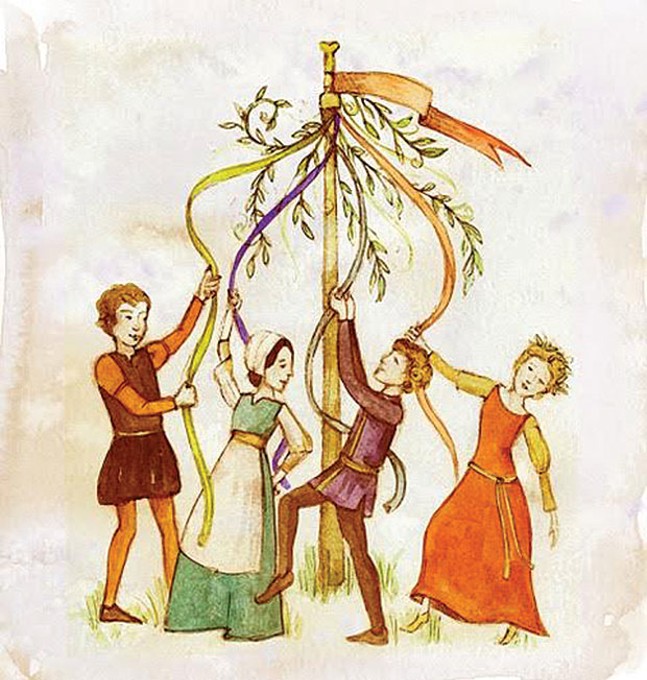 Potus ypocras was a popular medieval beverage. There were many different variations on the recipe, but it most certainly contained mulled red wine, honey, ginger and spices, such as cardamom, nutmeg, cloves and white pepper, to name a few. The after-dinner drink was often consumed warm and valued for its calming properties (assuming they did not drink too much of it). Potus ypocras was also referred to as Hippocras, after the famous Greek physician Hippocrates, who had a medical theory involving “the four humours.” It was believed that the body was healthy when the four internal liquids (we will let you look that up for yourself) were in balance. Until the 19th century, Europeans believed that this drink had the healing properties and restorative values to achieve that balance. If the four liquids in the body were not aligned, disease and disabilities were likely. To ensure that you are healthy and balanced, we’ve provided a version of potus ypocras, with the addition of sparkling wine for the summer. Here’s to good health. Cheers!

Bring the wine and honey to a boil. Clarify by skimming the bubbles from the top as the mixture boils. Remove the pan from the heat and let cool. In a pitcher, combine the wine and honey mixture with all other ingredients except for the bubbly. Let the mixture sit overnight in the refrigerator. To serve: Fill a champagne glass halfway with prosecco and fill the other half with the summer wine, leaving room for some of that deliciously drunk fruit. Remove the cloves, as you do not want to chomp on those.

Tricia Cohen and Lisa Graves, authors of A Thyme and Place: Medieval Feasts and Recipes for the Modern Table. Their new cookbook, A Thyme to Discover, due out in November 2017, will focus on colonial-era American cuisine. www.thymemachinecuisine.com

Treat yourself with these seasonal eats