Photo courtesy of Matthew Murphy
An American in Paris, May 30-June 11 at the Benedum

Sive. Irish playwright Johh B. Keane’s 1959 drama about a village girl who’s sold to an old man, through Fri., May 20 (PICT Classic Theatre).

Always Patsy Cline. Ted Swindley’s revue-style show about the country singer’s relationship with a female fan, featuring 27 of her songs, through Sat., May 21 (Apple Hill Playhouse).

Anything Goes. Classic musical set on an ocean liner and featuring the music of Cole Porter, through Sat., May 21 (McKeesport Little Theatre).

Hercules Didn’t Wade in the Water. Michael A. Jones’ drama centers on two men trapped on a rooftop during a hurricane, through Sun., May 21 (Pittsburgh Playwrights Theatre Co.). 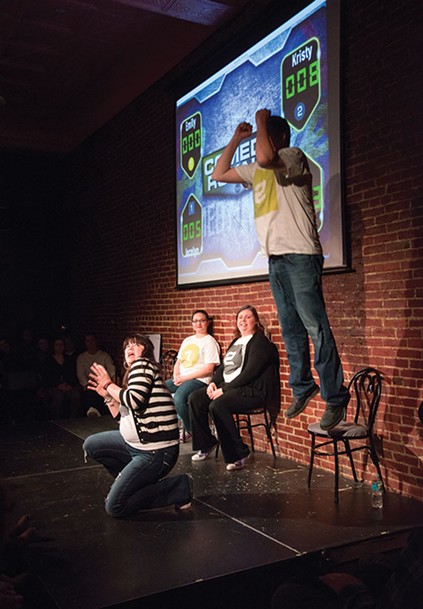 The Pink Unicorn. Playwright Elise Forier Edie’s one-woman show about a recent widow in a small, conservative Texas town whose daughter comes out as gender-queer, May 18-21 and Aug. 3-6 (Off the Wall Theater Co.).

Violet. Award-winning 1997 musical about a young woman, scarred by an accident in her youth, traveling across the Deep South in 1964 to find the TV evangelist she believes can make her beautiful, May 19-28 (Front Porch Theatricals).

Dirty Dancing. Touring live stage version of the crowd-pleasing movie romance about a dreamy dance instructor and the irrepressible Baby, May 23-28 (PNC Broadway in Pittsburgh).

An American in Paris. Acclaimed choreographer Christopher Wheeldon is behind this new Tony-winning musical based on the classic film, with songs by George and Ira Gershwin, May 30-June 11 (PNC Broadway).

Thom Pain (based on nothing). Will Eno’s critically acclaimed 2004 monologue, produced around the world, at the University of Pittsburgh Studio Theatre, June 1-18 (Twelve Peers).

Photo by Kitoko Chargois
ABBEY: In The Red, May 25-27 at the August Wilson Center

An Act of God. The Supreme Being and archangels Michael and Gabriel are the protagonists of this satiric comedy by former Daily Show writer David Javerbaum, starring Pittsburgh favorite Marcus Stevens, June 1-July 2 (Pittsburgh Public).

A Gathering of Sons. World premiere of an opera about police shootings, with a book by Tameka Cage Conley and composer Dwayne Fulton, June 15-29 (Pittsburgh Festival Opera).

One Man, Two Governors. A bumbling fellow must keep each of his two bosses from learning he’s employed by the other in Richard Bean’s 2011 farce, June 29-July 15 (Little Lake).

A Second Helping: The Church Basement Ladies Sequel. The edition of the franchise about church-basement ladies in small-town Minnesota that’s set in 1969, June 29-July 15 (South Park). 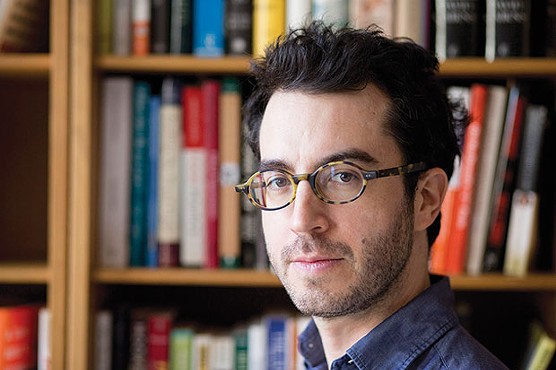 Seussical — The Musical. The Ahrens-Flaherty musical based on the works of Dr. Seuss, July 6-22 (Apple Hill).

In the Heights. Before he wrote Hamilton, Lin-Manuel Miranda created this acclaimed hit musical about chasing the American Dream in one New York City neighborhod, July 7-16 (CLO).

Spamalot. The hit musical based on Monty Python and the Holy Grail, July 20-30 (Stage 62).

Wonder of the World. David Lindsay-Abaire’s madcap 2000 comedy about a woman on an adventure and the characters she meets, July 20-Aug. 5 (Little Lake).

Trumbo. 2003 drama by Christopher Trumbo, based on the letters of his father, famed Hollywood screenwriter Dalton Trumbo, who was blacklisted in the 1950s, July 20-Aug. 5 (South Park).

The Audience. Queen Elizabeth’s 60 years of secret weekly meetings with her prime ministers is the subject of Peter Morgan’s 2013 drama, Aug. 10-26 (Little Lake).

Cahoots. An accidental murder among neighbors is the subject of this 1990 dark comedy by Rick Johnston, Aug. 10-26 (South Park).

Cloud 9. Colonialism, racism, sexual oppression and more are on the table in Caryl Churchill’s 1979 play set in 1880s Africa and 1979 London, at the Henry Heymann Theatre, in Oakland, Aug. 11-19 (Throughline).

Red Hills. An African and an American meet in Rwanda 20 years after war threw them together in this world-premiere drama by Sean Lewis, Aug. 17-Sept. 10 (Quantum Theatre). 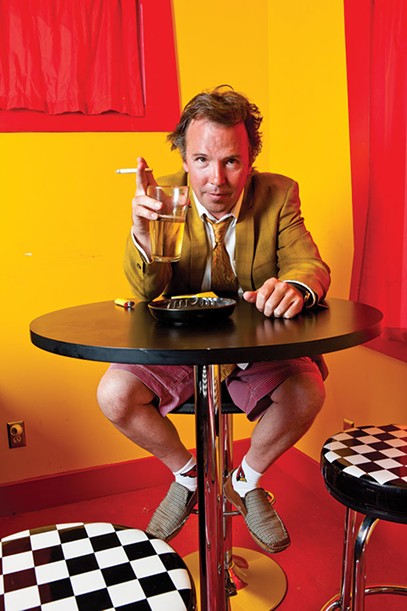 Doug Stanhope, at the Improv

A Masterpiece of Comic Timing. Robert Caisley’s 2016 backstage comedy, set in the ’60s, about a producer who needs a hit comedy from a young playwright stuck on tragedy, Aug. 31-Sept. 16 (Little Lake).

From a foul-mouthed puppet to Oliver Sacks, Shakespeare to Rocky Bleier, fall stages have it all