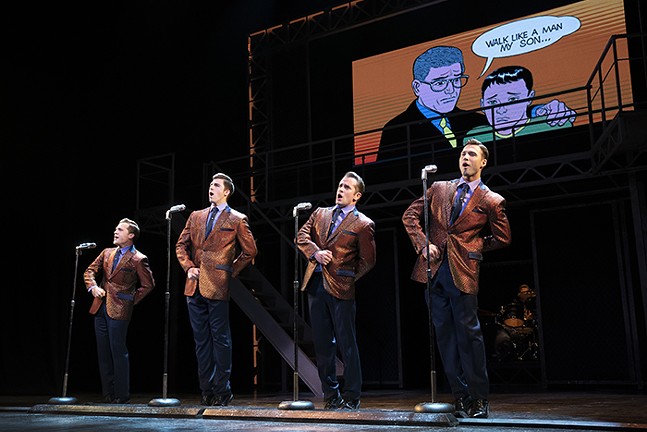 Photo: Joan Marcus
Jersey Boys
The Pittsburgh CLO returns to the Benedum Center stage this summer with the promise of “six joyful, award-winning musicals.” The company, now in its 76th year, will also offer more to local fans of big, Tony Award-winning Broadway shows after a tumultuous couple of seasons.

The Summer of Musicals will open on June 7 with Jersey Boys, followed by what a press release calls “a blockbuster lineup of five shows” that includes the CLO premieres of The Drowsy Chaperone and Sister Act, as well as Kinky Boots, Godspell, and A Chorus Line.

In addition to the shows, CLO will also feature "fun enhancements for its patrons, such as entertainment in its lobby and dance parties in the street."

“We are excited to welcome audiences back to the Benedum for our 76th anniversary,” says CLO executive producer Mark Fleischer. “They are in store for a real treat as we pay homage to Pittsburgh and celebrate our coming back together with an exciting season lineup and new ways to engage. It’s beautiful seeing the tradition of the CLO Summer of Musicals passed down from generation to generation along with those patrons experiencing CLO for the first time, or making their return to sharing in live performance at the Benedum.”

The Jersey Boys jukebox musical about Frankie Valli and the Four Seasons first debuted in 2004, and the Pittsburgh production will feature the group’s massive hits, including “Sherry,” “Big Girls Don’t Cry,” and “December, 1963 (Oh What A Night).” It will also include authentic, "profane Jersey language” according to a CLO statement, which means the show is recommended for ages 12 and up. 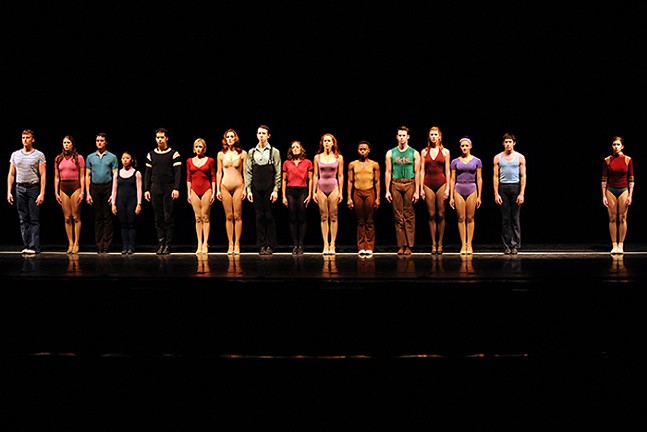 Photo: Matt Polk
A Chorus Line
July will see the return of the drag-focused Kinky Boots, and two classics, the Biblically-inspired Godspell and A Chorus Line, considered one of the most successful, longest-running Broadway shows of all time.

The season ends in August with Sister Act, the musical stage adaptation of the hit 1992 film starring Whoopi Goldberg.

In addition to showcasing “the best of national, regional and local talent,” the summer lineup will also feature “stunning production enhancements” like a new “video wall and immersive entertainment experiences beyond the stage.”

The 2022 Summer of Musicals season will return to the Benedum after being forced to find, new, innovative ways to present its programming at the height of the pandemic. In 2021, the company celebrated its 75th anniversary by partnering with the Pittsburgh Steelers to present its summer shows at Heinz Field.

Pittsburgh CLO touts itself as a “proud local economic generator" by hiring local acting, artistic, and production professionals from all around the Pittsburgh region. This summer, CLO claims that it will employ “more than 300 theatre professionals and pump more than $9 million into the community,” based on numbers from the Americans for the Arts Economic impact calculator.

CLO also stresses that 100% of sponsorships and ticket sales go back to the company and the Pittsburgh region since the shows are locally produced.

“A ticket purchase means so much more than a seat for a show. It’s an introduction and continuation of celebrating live theatre, support for local arts and education programs, and unparalleled experiences for performers and our patrons,” says Fleischer. “We are Pittsburgh made and Pittsburgh proud.”