Carnegie Science Center. Most of the ongoing science exhibits are kid-centric, including SpacePlace, roboworld and the Highmark SportsWorks. The Exploration Station teaches youth about lasers, electricity and solar power. The Rangos Giant Cinema also offers educational movies. North Side. carnegiesciencecenter.org

Children’s Museum of Pittsburgh. This season’s exhibit, Thomas & Friends: Explore the Rails, running through Sept. 9, lets kids learn about the workings of an engine, organize a train schedule and explore the world of Thomas and his friends. North Side. pittsburghkids.org

Citiparks Swimming Pools and Spray Parks. From June 11 through Labor Day, the city offers a chance to cool off at 18 outdoor swimming pools; swim lessons (free from June 18 to July 27) are available at each. Spray parks, a beautiful combination of sprinklers and playground, open May 26 in Arlington, Beechview, East Hills, Shadyside, Troy Hill, Beltzhoover and Hazelwood. citiparks.net

Pittsburgh Toy Lending Library. Children up to age 6 can improve their social and motor skills in this indoor art-and-play space, which also features a library full of parenting books for members. Free access for kids with a Pennsylvania Access/EBT card. Hours vary, so call or check online. Shadyside. pghtoys.org

Pittsburgh Pirates Kids Days. It’s all about kids on Sundays at PNC Park. Special ticket and concessions prices are offered, as well as special events for children, like a chance to run the bases. Before the game, check out the Family Fun Zone on Federal Street. North Side. pittsburghpirates.com

Pittsburgh Zoo and PPG Aquarium. The hands-on Kids Kingdom area is rated one of the top children’s zoos in the country. The zoo also hosts themed programs called “Wild Wednesdays” from June 13 to Aug. 8, where kids can meet the zookeepers and make crafts. Highland Park. pittsburghzoo.org

Tyke Hikes. Once a week, Venture Outdoors offers weekday-morning nature hikes in area parks. Hikes are geared toward children younger than 6, and center on themes like waterways and birds. Begins June 13. Stroller-friendly. ventureoutdoors.org 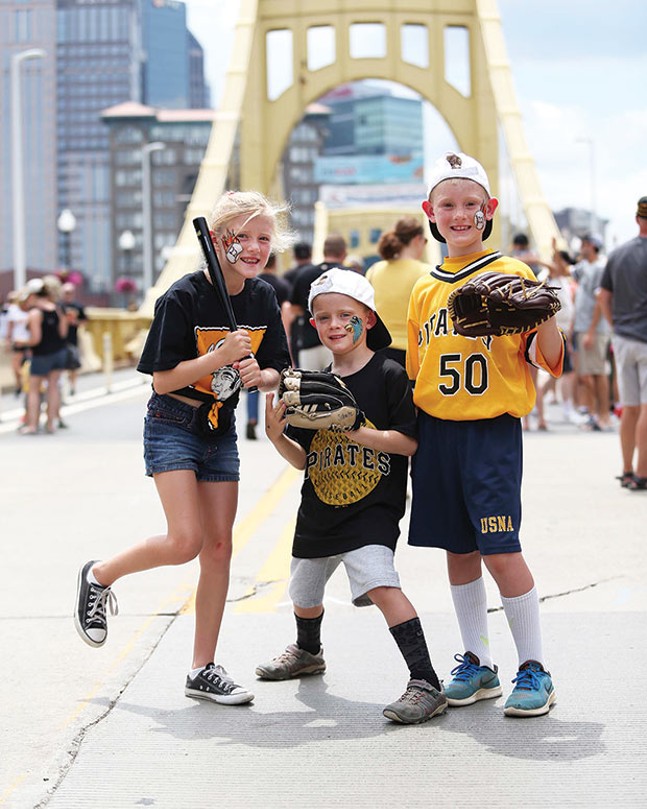 Assemble. The community space in Garfield offers weekday camps from June 18 to Aug. 17. Themes this year include the future of science, coding, and music making. assemblepgh.org

Carnegie Science Center. A variety of science-themed camps are available for children ages 4-18. Kids can learn about programming, engineering, insects and the human body. Camps run June 4 to Aug.17.  North Side. carnegiesciencecenter.org/programs/summer-camps

Citiparks Tot Camp. From June 11 to July 27, half-day camps with morning and afternoon sessions are held for ages 4-6. A few of the themes are “all around the world,” “at the zoo,” and “little builders.” Each theme lasts one week. citiparks.net

Phipps Conservatory. A series of camps exploring ecology, botany and conservation are available from June 11 to Aug. 24. For kids ages 2-13. Oakland. phipps.conservatory.org

Pittsburgh Center for the Arts. Full-day and half-day camps are available from June 11 to Aug. 24 in a range of disciplines for kids ages 4-13. High school immersion camps (ages 14-18) are also offered that teach a wide array of subjects, from stained glass and metalsmithing to digital photography and video game production. Shadyside. center.pfpca.org

Pittsburgh Zoo and PPG Aquarium. From June 11 to Aug. 17, kids ages 4-13 can attend half-day and full-day summer zoo camps that offer story time for little ones, animal study and interaction for older kids, and even the opportunity to learn what it takes to be a veterinarian. Highland Park. pittsburghzoo.org

Steel City Rowing Club Camp. Summer camps for experienced and novice rowers and other river activities are offered to kids ages 8-18 in half- and full-day sessions from July 17 to Aug. 13. Verona. steelcityrowing.org

Penny Arcade: Kid’s Comedy Show. An improv comedy show designed for kids 5-12. Kids can draw, craft and write and then watch those ideas be brought to life on stage. arcadecomedytheater.com

Citiparks Roving Art Cart. Now in its 45th season of providing free multi-media art projects for kids, the Roving Art Cart travels around and sets up shop in 35 city parks in almost every neighborhood. The cart can be visited Tuesday through Friday, from 10 a.m. to 1 p.m., for eight weeks throughout the summer. Best for children ages 5-12. citiparks.net

Frick Park Red Clay Junior Open. Three divisions — 16 and under, 14 and under and 12 and under — can compete in this annual tennis tournament. Both Pittsburgh and non-city residents are welcome. Regent Square. clayfricktennis.org

Alphabet Trails and Tales. Now in its 18th year, this walk through Frick Park teaches hikers 26 awesome things to do on its Alphabet Trail. The free event promotes early-elementary literacy through a day of nature, reading and hand-painted sets. citiparks.net