Summer is coming: Pittsburgh Levels Up, Byron Nash and Helltown double down on BLQ Metal, Ed Sheeran gets a ketchup, and more food news this week

The bar is a Nintendo-lovers' paradise. It’s themed after the legacies: Mario Kart, Mortal Kombat, N64, Donkey Kong, and more, with plans to host tournaments (better brush up on your Smash Bros skills) and other events. Proceeds from the bar will benefit Big Brothers Big Sisters of Greater Pittsburgh.

Stay up to date on the bar’s latest by following its Facebook page, Pop Up PGH.

Pittsburgh rock 'n’ soul guitarist Byron Nash has teamed up with Helltown Brewing for a sequel to their 2018 collaboration BLQ METAL, a West Coast-style IPA.

The brew was created for Fresh Fest, the nation’s first Black beer festival, held in Pittsburgh last year. The Mount Pleasant-based brewery plans to participate in the festival again this year, but is bringing back BLQ METAL with a few changes.

For BLQ METAL 2.0., brewers at Helltown have tweaked the original recipe and are updating all components of the brew, including the music and marketing. According to Helltown brewers, the beer is a standard IPA with toned-down bitterness. Four hops come together to give the beer a citrusy, earthy flavor.

BLQ METAL launches tonight at Federal Galley, with a live performance from Byron Nash. The team has a few other events planned over the summer. Keep up with the collaboration by following Byron Nash on social media.

This week, Heinz announced a collaboration even more exciting than Kranch: Edchup.

Edchup is the product of a Heinz and Ed Sheeran partnership, released in time to celebrate National Ketchup Day on June 6 (Pittsburgh City Paper reached out to Sheeran for comment, but was told he is not doing interviews this year). The famous singer has had an obsession with Heinz for years, identifying it as his favorite condiment and even tattooing the logo on his arm.

The bottles, though decorated with an Ed Sheeran tomato lookalike, are filled with the same Heinz as always, but this didn’t stop it from selling out within a few days of the release. If you missed the limited edition ketchup, don’t worry. Heinz is already hinting at a restock. Follow its Instagram for updates.

Thanks to Beverages2U, you never have to be without beer again.

The new delivery service offers alcoholic and non-alcoholic beverages for individual or subscription orders. This means you can replenish your brew stock every week (or month) without leaving the house.

Over 300 domestic, imported, and local craft brews are available for purchase, with no purchase limit on cases. The service also offers soda, artisan water, kombucha, and energy drinks.

On June 23, Superior Motors is hosting the next dinner in its 2019 series, Uncooked & Uncorked.

The series, which started in late 2018, brought Pittsburghers an ice cream dinner in collaboration with Sam Mason; a Chinese New Year celebration with Chef Simone Tong; and a Maggie’s Farm Rum feast.

Reservations for Uncooked & Uncorked are available on exploretock.com. There will be two seatings, at 5 p.m. and 7 p.m.

The series kicks off on Wed., June 19, on the eve of World Refugee Day. Each dinner will benefit Hello Neighbor, as well as raise awareness for the organization and help city refugees form connections to their community.

Reserve a spot for the dinner at eventbrite.com. 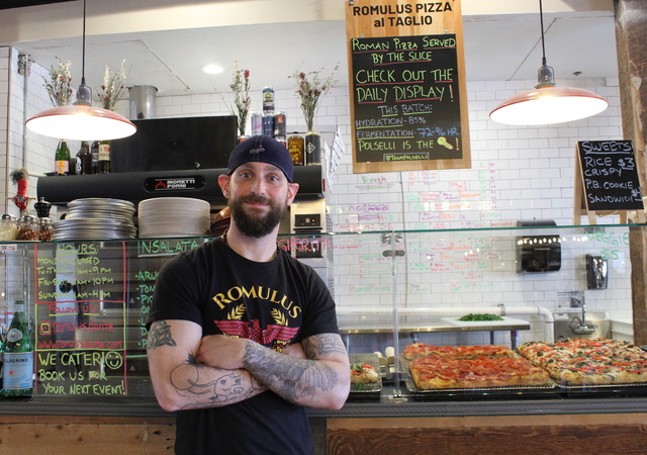 Pittsburgh pizza pros are coming together for one, cheesy fest. PizzaFest, hosted by The Pennsylvania Market, is a celebration of the city’s artisan pizzerias.

Each pie master will serve up a signature pizza, including New York style, Detroit style, and Neapolitan.

Arsenal Cider and Ole Smoky Whiskey will be available, along with food demonstrations, pizza trivia, live music, and specialized pizza vendors. Tickets to PizzaFest are available at eventbrite.com.