Experience the “Master of Suspense” at Row House Cinema. For one week, the theater honors Alfred Hitchcock, with a bill of four classics: The Birds, The Wrong Man, Foreign Correspondent, and North by Northwest. Various times.Continues through Thu., June 6. 4115 Butler St., Lawrenceville. $8-10. rowhousecinema.com

L7 has been a keystone of the grunge scene since its formation in 1985. Thirty-four years later, they’re still kicking and will bring their spirited live show to the Rex Theater, along with Le Butcherettes. 8 p.m. 1602 E. Carson St., South Side. $29.50-35. rextheater.net

54-46 was the Toots and the Maytals’ number, and 6-4 is yours because that’s the day the Jamaican group hits the stage at the Roxian Theatre. Formed in the early 1960s, Toots and the Maytals were key in making reggae popular in America. 8 p.m. 425 Chartiers Ave., McKees Rocks. $35-129. roxianlive.com

Help your LGBTQ+ community and grab some food truck snacks, refreshments, and enjoy a selection of DJs at a fundraiser for Proud Haven. Oh, and there is a wig dance party! 6 p.m. Workshop PGH DIY, 5135 Penn Ave., Garfield. Free Admission. proudhaven.org

Prince and his music were larger than life. Now, in his passing they’ve become giants —– literally! Come celebrate Prince’s b-day at The Rangos Giant Cinema in the Carnegie Science center, where they will screen the iconic film Purple Rain. 7:30 p.m. One Allegheny Ave., North Side. $9.95. carnegiesciencecenter.org

The legendary funk master George Clinton is making his last stop in Pittsburgh at Rivers Casino, as part of his farewell One Nation Under a Groove Tour. Fishbone and Miss Velvet & The Blue Wolf will also perform. 8 p.m. 777 Casino Drive, North Side. $50-225. riverscasino.com/Pittsburgh

Pittsburghers come together for Pridefest 2019 — for the first time at its new location on the Andy Warhol Bridge. As always, expect vendors, food, and entertainment on a number of stages. The theme is #WeAreOne. 12 p.m. Fort Duquesne Blvd. and Seventh St., Downtown. Free. pittsburghpride.org 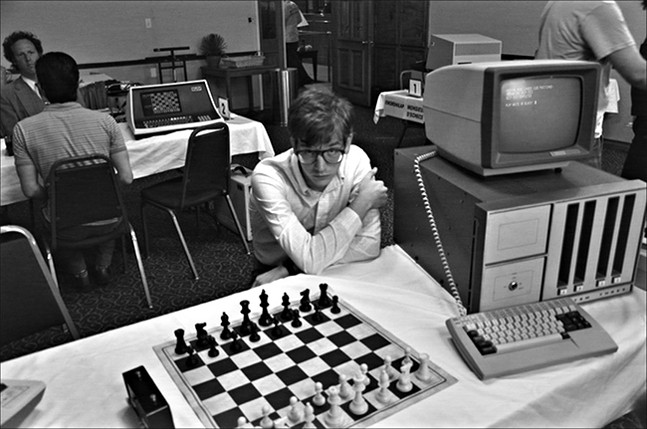 "If all computers can do is calculate, then what is artificial intelligence?" That's one of the core ideas at play in Andrew Bujaski's fictional film Computer Chess, about a competition between programmers to see whose software can call check-mate first. Features Wiley Wiggins of Dazed and Confused and Waking Life fame. 7 p.m. Rangos Giant Cinema, 1 Allegheny Ave., North Side. $9.95. carnegiesciencecenter.org

Rapper and star Big Freedia, aka The Queen of Bounce, headlines the People’s Pride 2k19. This year’s celebration, presented by SisTers Pgh and True T Pittsburgh, is taking a step back in time. It’s a Pride of the Ages! 12 p.m. Freedom Corner, Crawford St., Hill District. sisterspgh.org

Arcade Comedy Theater thanks you for being a friend with Golden Girls Live, a drag tribute to the popular sitcom about four older women living the single life in Miami. Join Sophia, Rose, Blanche, and Dorothy for a show about sex, cheesecake, and friendship. 3 p.m. and 5 p.m. 943 Liberty Ave., Downtown. $15. arcadecomedytheater.com