Last summer was something of a respite from the usual deluge of sequels and remakes. But whatever we missed last season has surely been doubled for our dubious pleasure in 2010. 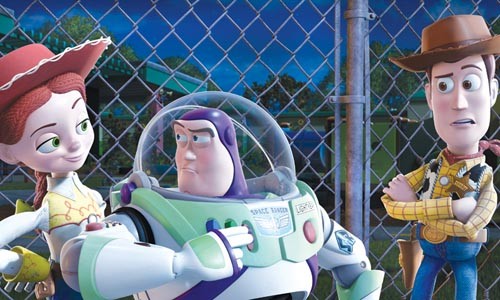 June 11 must be the designated cheesy-'80s-remake day: Joe Carnahan delivers the big-screen version of the TV show, The A-Team, starring Bradley Cooper and Liam Neeson, while Will Smith's kid Jaden gets schooled by Jackie Chan in a re-do of The Karate Kid. On July 2, M. Night Shyamalan lines up a martial-arts fantasy, The Last Airbender, adapted from the Nickelodeon show. And taking its inspiration from the classic Fantasia sequence, The Sorcerer's Apprentice is a modern-day, live-action re-boot starring Nicolas Cage and Jay Baruchel (July 16).

Eleven years after Toy Story, we finally get Part 3 (June 18). Luckily, Pixar's computer-animated franchise appeals to adults as well as kids. The third installment of the Twilight series -- Eclipse -- hits theaters June 30; Bella is still torn between werewolf and vampire. Another long-waited sequel -- 16 years -- is Predators (now with an "s"); Adrien Brody stars in this sci-fi actioner opening July 9.

And for those who prefer sequels and remakes juiced up with an extra dimension: On Aug. 6, set your groove to Step Up 3-D, in which contrived dance battles look even more real! And stay on the beach Aug. 27, when the killer fish of Piranha 3-D ruin some boaters' fun with even more reality!

For fresher summer action, there's Josh Brolin starring in Jonah Hex (June 18), an adaptation of a DC comic about a 19th-century bounty hunter. On July 16, Batman helmer Chris Nolan delivers a mind-bending actioner called Inception, about dream thieves, and starring Leonardo DiCaprio. Angelina Jolie stars in Salt (July 23), a rock-'em-sock-'em thriller about a CIA agent accused of being a spy. In The Adjustment Bureau (July 30), loosely based on a Philip K. Dick story, Matt Damon and Emily Blunt star as a couple who get mixed up with a shadowy group of control freaks. And you're never too old to kick ass; so says The Expendables (Aug. 13), an actioner starring Sylvester Stallone and half-a-dozen other aging he-men of the 1980s.

Plenty of films set for summer are designed to get you laughing. On June 4, Russell Brand stars in Get Him to the Greek, a sort-of spin-off of Forgetting Sarah Marshall. Tom Cruise and Cameron Diaz kinda seem like last century's stars, but we'll see if they can score a hit with high-octane rom-com Knight and Day, on June 25. Also opening that day, Grown Ups -- a reunion of TV funnymen Adam Sandler, Kevin James, Chris Rock, David Spade and Rob Schneider, in a vacation-themed romp. It's all villains in Despicable Me (July 9), a computer-animated comedy about a plot to steal the moon, and on July 23, Paul Rudd and Steve Carrell re-unite in the cringe-o-comedy Dinner for Schmucks. 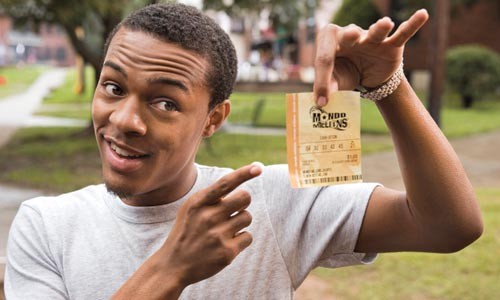 On Aug. 6, Mark Wahlberg and Will Ferrell star in The Other Guys, a buddy-cop comedy from Adam McKay (Anchorman). In the ensemble comedy Lottery Ticket (Aug. 20), Bow Wow tries to keep a winning ticket secret from his housing-project neighbors. On Aug. 20, broken hearts and swapped sperm donations make for laughs in The Switch, directed by Josh Gordon and Will Speck (Blades of Glory). The relationship travails of thirtysomethings are the focus of Going the Distance (Aug. 27), an R-rated comedy starring Drew Barrymore and Justin Long.

Sadly, most of this season's kiddie fare is either sequels or big-screen adaptations of long-running favorites. That troublesome comics canine Marmaduke hits screens June 4 as a live-action talking dog. How will Beverly Cleary's beloved stories about squabbling siblings fare as a film? Find out July 23 when Ramona and Beezus opens. Then, on July 30, it's talking dogs and cats in Dogs Vs. Cats: The Revenge of Kitty Galore, a spy-spoof sequel starring assorted pets. Emma Thompson reprises her role as take-charge caretaker in Nanny McPhee Returns (Aug. 20).

Hopefully, the summery frills will be leavened by a few documentaries. Hubble 3-D (Aug. 13) promises eye-popping looks at outer space sent back from the hard-working telescope. And the friendly-fire death in Afghanistan of football player-turned-soldier Pat Tillmam is the subject of The Tillman Story (TBD).

In early June, Pittsburgh Filmmakers will host a series of free art-related films, in conjunction with the Three Rivers Arts Festival. Of note: a sneak of the loop-de-loop graffiti-art doc about Banksy, Exit Through the Gift Shop (opens theatrically June 18). Also booked for the summer: Mid-August Lunch (June 4), an Italian dramedy; the quirky French comedy Micmacs (July 9); and Coco Chanel & Igor Stravinksy (July 23).

The warmer weather means area drive-ins are open, and Pittsburghers can also walk in to several city parks for outdoor films: The Cinema in the Park series returns on June 9, with family faves including Up, Coraline and Michael Jackson's This Is It. The annual Moonlit Matinees series of cult favorites at the Oaks Theater in Oakmont kicked off last week. On the slate this year: It Came From Beneath the Sea, Female Trouble, The Pink Panther (1963) and the original The Hills Have Eyes.

And where were you in the summer of 1978? Perhaps catching Grease for the first time? The hopelessly devoted should start brushing up on "Greased Lightning," because some time this summer, the interactive Grease Singalong hits screens.