Study shows most COVID-era diners are, in fact, as terrible to service workers as presumed | News | Pittsburgh | Pittsburgh City Paper

Study shows most COVID-era diners are, in fact, as terrible to service workers as presumed 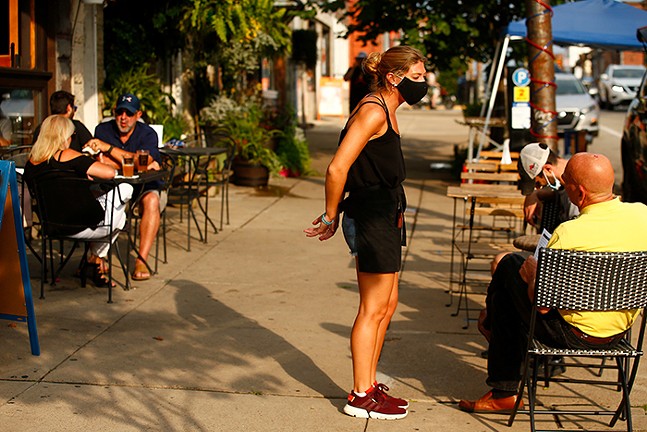 CP Photo: Jared Wickerham
A server waits on tables outside of Lot 17 in Bloomfield in July
This summer, Pittsburgh area restaurant workers detailed a sort-of tragic phenomenon of the coronavirus pandemic. With restaurants re-opening after the first spring shutdown, workers said that there was a slight increase in the number of more entitled customers, like those who refuse to wear masks or ignore the server’s requests for social distancing.

Now there is a study to confirm restaurant workers’ fears: that among diners choosing to eat at restaurants during the pandemic, a disproportionate amount of them are bad tippers and harass workers for trying to enforce social distance guidelines.

A new report from advocacy group One Fair Wage surveyed nearly 1,700 food service workers from five states, including Pennsylvania, New York, Massachusetts, New Jersey, and Illinois, as well as Washington, D.C. The survey was taken between Oct. 20 and Nov. 10 and it found 83% of respondents reported a decline in tips, with 66% of workers saying tips had dropped more than 50%.

In addition to bad tippers, 78% of food service workers reported experiencing or witnessing hostile behavior from customers in response to staff enforcing COVID-19 safety protocols, with 59% saying that it happened at least weekly.

A depressing combination of the mistreatment is that 67% of workers report having received lower tips than usual after enforcing COVID-19 protocols on customers, usually on a frequent basis.

This comes as 10% of the restaurant workers say they have contracted COVID-19, and 88% say they know someone who has. In short, dine-in customers are treating food service workers especially poorly, when they are one of the most vulnerable populations at risk of contracting the virus.

"We were really shocked with how horrific the situation truly is," One Fair Wage president, Saru Jayaraman, told NPR. And it gets worse, as Jayaraman adds, "But I think the most horrific thing, that honestly all of us who are involved in the study were all blown away by, was the huge increase in hostility and sexual harassment."

On top of lower wages, high coronavirus contraction rates, and increases in hostile behavior, restaurant workers are also reporting increased sexual harassment from customers. More than 40% have reported there has been a noticeable change in the frequency of unwanted sexualized comments from customers.

Of the 1,670 workers surveyed, 250 reported sexualized comments, and a substantial portion of them said male customers would request that female service workers remove their masks so that they could judge their looks.

According to the One Fair Wage report, some reported sexualized comments include “Pull that mask down so I can see if I want to take you home later,” and “Take off your mask so I can stick my tongue down your throat.”

One Fair Wage is using the report to advocate that restaurant workers receive living wages. In Pennsylvania, the tipped minimum wage is $2.83 an hour. And as Pittsburgh City Paper reported this summer, some Pittsburgh-area restaurant workers were told they must return to work upon reopening or they would not be able to qualify for unemployment benefits.

In Pittsburgh, Democratic state legislators, service workers, and venue owners called on the GOP-controlled state legislature to include funds in the budget for restaurant owners and workers. Those requests were rejected. Gov. Tom Wolf (D-York) supports a congressional bill that would provide $120 billion to independent restaurants impacted by the pandemic if passed.

Indoor dining is currently prohibited until Jan. 4 in Pennsylvania as a way to stem the rapidly increasing spread of coronavirus. Nonetheless, there are several restaurants in the Pittsburgh area that are openly flaunting breaking COVID restrictions.

One breakfast restaurant in Brentwood is among them, and even allegedly had two Allegheny County Sheriff's pose for pictures there without wearing masks. 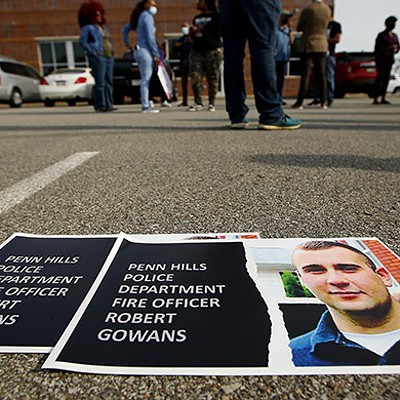