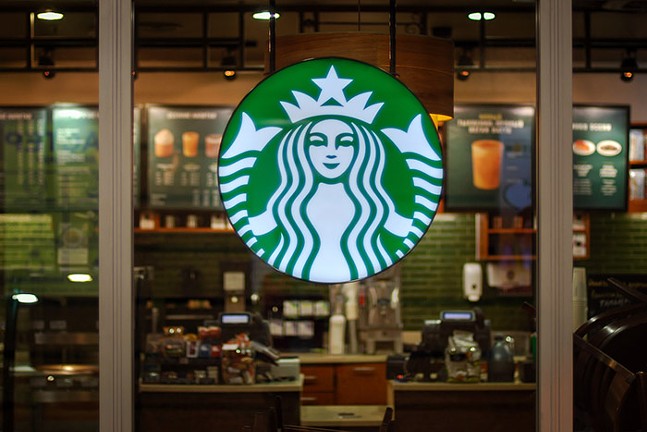 Workers will picket on July 15 at three Starbucks locations in protest of the firings, which they see as illegal retaliation for union activity, according to a press release from the Pennsylvania Joint Board, an affiliate of Workers United.

“On Wednesday, July 13th Starbucks pulled two union employees, Tori Tambellini and Kim Manfre, into closed-door meetings, where they were each abruptly fired by a visiting manager,” reads the press release. “The partners were both members of their store's Organizing Committee and had never worked with the disciplinary manager before. Starbucks management explicitly denied Tori her Weingarten Rights — the federally-protected right of union workers to have union representation present in any disciplinary meeting.”

The release calls these firings “the most recent in a barrage of retaliatory union busting from Starbucks.”

This morning, workers picketed at the Starbucks on East Carson Street in the South Side, and they plan to picket Starbucks Eastside (5932 Penn Circle South, East Liberty) from 1-3 p.m. and Starbucks Bloomfield (4765 Liberty Ave., Bloomfield) from 3-5 p.m.

“Starbucks’ decision to terminate two leading members of our union organizing committee in the heart of Pittsburgh, an historic center of our country’s labor movement, is a disgusting failed attempt to scare pro-union partners out of stores," write Tambellini and Manfre in a statement on their firings. "Starbucks is trying to intimidate partners across the Country by applying undue pressure to our paychecks and we cannot—and will not—sit idly by while our rights are violated. Our city is behind us and so is history.”

In the five months since workers at the Bloomfield store became the first Pittsburgh Starbucks partners to file for, and later win, a union election, they have been joined by six additional stores across the Pittsburgh area (Amos Hall, East Carson Street, Craig Street, Market Square, Penn Center East, and Eastside). According to the release, more than 300 national Starbucks locations have now petitioned for union elections, with many additional stores actively organizing to prepare to file for elections.