"We know we're going to have some difficult conversations." 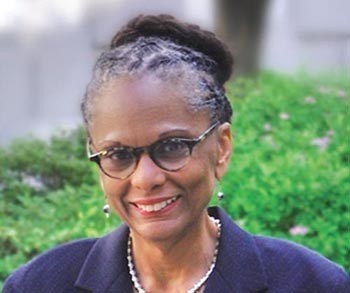 "I feel that Pittsburgh and other districts that have solid relationships [with teachers' unions] are going to struggle," says Ralph Longo, an education professor at the University of Pittsburgh. "[Budget deficits] are not easy to overcome."

A year ago, the Pittsburgh Public Schools and the Pittsburgh Federation of Teachers signed a five-year collective bargaining agreement -- hailed as historic by school officials -- which introduced a pay-for-performance system for city teachers. But aside from changing the way teachers in the district are hired, evaluated and paid, then-Superintendent Mark Roosevelt said the agreement proved that the administration and the union could work together.

"I am proud that we have changed the way we relate to each other," he told the Pittsburgh Post-Gazette at the time.

Roosevelt's remarks, however, came before the district's money problems went from bad to outright disastrous. Thanks to Gov. Tom Corbett's budget proposal, which would cut state education spending by about $1 billion, the district is facing a projected $68 million deficit for the next fiscal year.

That leaves Linda Lane, who took over for Roosevelt after he left the district, in charge of figuring out how to cut the district's budget while causing as little damage as possible to students and teachers.

It didn't take long for the budget deficit to test the relationship between the district and the teachers' union. On June 1, the district announced that it would be scrapping its highly touted Pittsburgh Teacher Academy just five weeks before it was set to begin.

Administrators cancelled the $26 million program, designed to have the district's best teachers prepare new teachers for work in an urban classroom setting, after they failed to negotiate with the teachers' union to find a way to ensure that the new hires wouldn't be furloughed because of anticipated budget cuts. On June 8, both sides did come to terms on a modified program that will have a dozen top-notch teachers mentor other teachers already working in the district.

While Lane says the district was fortunate to salvage at least some kind of teacher-mentoring program, "the resolution certainly wasn't what I would have liked it to be." And she acknowledges that the squabble over the Teacher Academy could be one of many disputes between the district and the union in the near future.

"It's going to be a greater challenge to maintain a good working relationship," says Lane. "We know we're going to have some difficult conversations."

"Anytime there are budget problems, it's going to cause problems, even if the relationship is tremendous," agrees PFT President John Tarka, who recently announced that he is retiring as the head of the teachers union.

"The relationship will be strained at times," adds school-board member Theresa Colaizzi. "There are going to be layoffs. They're going to have to deal with that."

Given Pittsburgh's healthy relationship with the teachers' union -- there hasn't been a teachers' strike since the 1970s -- Longo says he's "optimistic" that both sides can work through the budget issues without significantly damaging their relationship. But, he adds, "That doesn't mean it won't have its moments."

"It's easy to fight," says Tarka, emphasizing the need for the district and the union to work through their differences. "It's hard to get along."