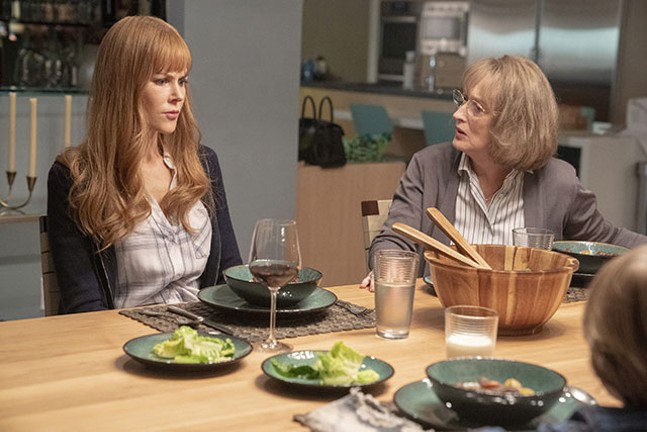 Season two of Big Little Lies is like a surprise dessert at the end of a heavy dinner: you’re too full, but it’s there, so you’re gonna eat it.

The new season opens back in Monterey, Calif., after a summer of stress, relaxation, anxiety, grief, vacation, and new wigs for the five women involved in the death of Celeste’s (Nicole Kidman) husband. Celeste’s mother-in-law (Meryl Streep) is in town to help with everyone’s grief and to cope with her own, but she also has an agenda. She seemingly doesn’t know her son was a monster (see: season one) but knows there are secrets surrounding his death.

In under an hour, Streep delivered an instantly iconic performance, most notably when she lets out a terrifying and feral grief-scream (you will see it as gifs for years to come.) Reese Witherspoon and Kidman are still standouts, playing to their strengths as sassy and sad, respectively.

The first season of BLL wrapped up nicely, matching the ending of the book it was based on by Liane Moriarty, and it’s a shame that the desire for redundant content (and money) always wins out over creative satisfaction. It's unclear what new conflicts the women will get themselves embroiled in, but from the first episode, it'll obviously be a fun ride. I would watch Meryl Streep scream for hours.