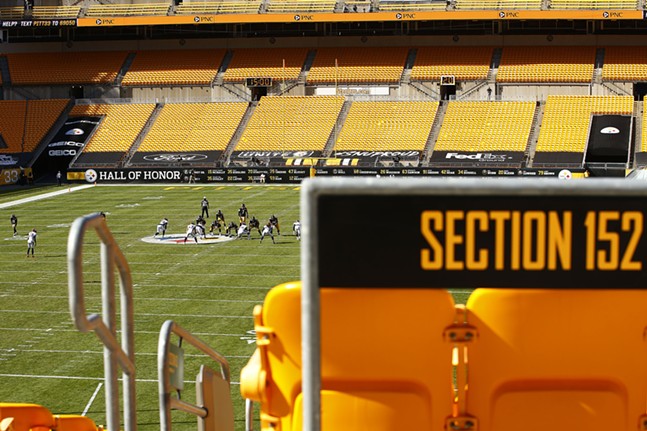 CP Photo: Jared Wickerham
An empty Heinz Field as the Pittsburgh Steelers offense drives down the field against the Denver Broncos.
Sunday's first home Pittsburgh Steelers game against the Denver Broncos at Heinz Field didn't include many of my favorite things. I did not get to enjoy my halftime $6 sandwich from Peppi's. I did not get to experience out-of-town fans being yelled at by the crossing guard for disobeying the law. I did not get to see most of my favorite people and photographers at the stadium. The few I did see were brief, wearing masks, and in a different work room than myself.

Walking from my car this week, I was greeted by a ghost town instead of the regular tailgaters who are usually already a few beers in. I'm glad the NFL has found a safe way of entertaining its fans, even if it means there's no energy (or singers) when "Renegade" by Styx is played late in the game when a defensive stop is needed. Like most sporting events playing without fans, recorded crowd noise was pumped in.

This season, due to COVID-19 limiting the number of credentialed media, I'm lucky enough to be working on a freelance basis directly for the Pittsburgh Steelers and their team photographer, Karl Roser, as well as his staff. Transmitting images in real time to their photo editor from the field has been something I've done for big playoff games or sports tournaments but never for the first game of the year during the regular season. I counted around 15-20 total credentialed photo/video media in the stands when there are usually countless others on the sideline. Only team employees were allowed on the field, so for the first time in my career, I covered an NFL game completely from the stands. It wasn't easy, but it's a challenge I'll gladly accept every game day to help tell the story. 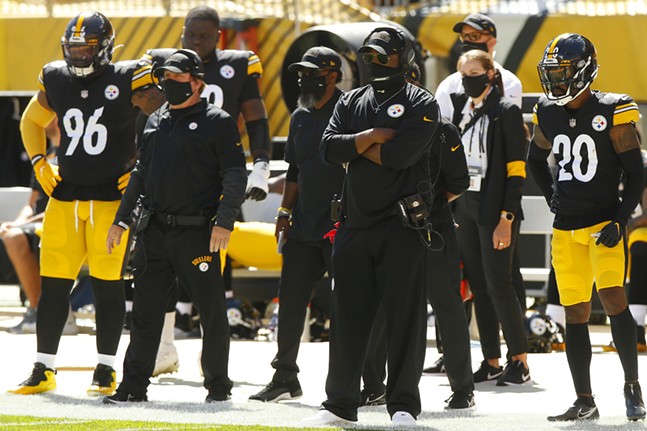 What happens when marching season ends?