Steel City Big Pour proves you should cross some rivers

It is a crunchy beer-lover’s dream. 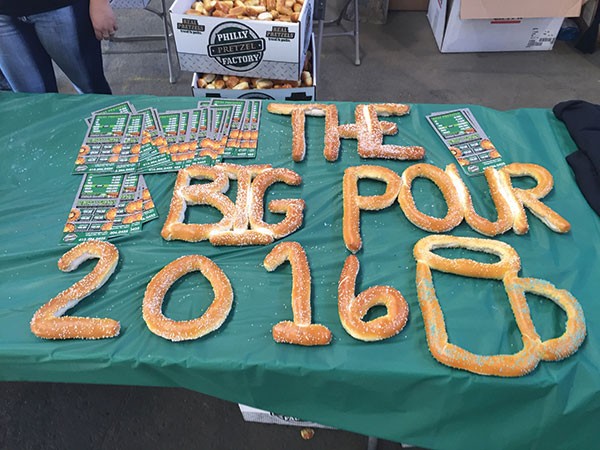 This past weekend was the 10th annual (and my first) Steel City Big Pour at Construction Junction, in Point Breeze. I went to taste beers from lesser-known local, new-ish breweries, and to find a few that would be worth crossing rivers for.

Before I get to that list, however, I have to gush about the event. Beer festivals are usually sloppy, uncomfortable and overly intoxicated. Big Pour, by contrast, is an extremely well-organized craft-beer festival that over 10 years has fine-tuned its approach. The day is split into morning and evening sessions, with a week of events sponsored by local businesses leading up to the main event. The day of the Big Pour also featured art, live music, plenty of food vendors (included in the price of your ticket) and bathroom facilities with hand-washing stations. A free app was available for download, providing ticketholders an interactive map, list of restaurants and breweries, and a platform to rate their favorite beers.

The event space is large, which combats crowding and long lines. Finally, as befits a festival benefiting used-building-material emporium Construction Junction, Steel City Big Pour is a zero-waste event, with plenty of staff on hand to help get recyclables sorted and where they need to be. In short, it is a crunchy beer-lover’s dream.

This year, there were 48 breweries on site. Most of the beer was Pennsylvania-made, with a few out-of-state craft breweries like Dogfish Head (Delaware), Otter Creek (Vermont) and Deschutes (Oregon). Well-known Pittsburgh breweries like East End Brewing Company and The Church Brew Works were reliable presences that heralded the boom of brewery openings in Pittsburgh today.

One such brewery, Petrucci Brothers Brewing, was simultaneously celebrating its one-year anniversary and slinging brews at the Big Pour. Petrucci’s Heaven’s Gate Belgian Dubbel was lightly toasty, with hints of caramel and a lingering grassiness that calls for a fall trip out to New Brighton. Based still further north, in Butler, Reclamation Brewing Company captured the joy of a campfire and fall leaves with its Oak on the Water, an oak-smoked wheat IPA, with a unusual combination of hoppiness and deep smoky notes.

Turn around and go south of the city for Fury Brewing Company, which is hoping to open in North Huntington in the near future. Fury’s Captain Rumkin, a rum-aged pumpkin ale, was on the less robust side of spiced beers and would be excellent to sip in early October. Further south, in West Newton, try Bloom Brew, a brewery that shares a space with the West Newton Volunteer Fire Department. Bloom’s selection of fruit beers corners a unique niche in the market. Shake and Stutter, a red-wine-barrel-aged cherry sour, tasted like tart cherry pie and, at 6.3 percent ABV, still packed a punch not normally associated with fruit beers.

There are dozens more that deserve mention, but to find them you’ll have to get in your car and cross some bridges.

City Paper is here to dispel some common drinking myths 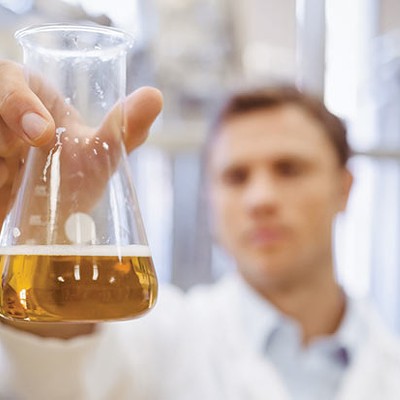