“We wanted to give the audience the visceral experience of why we went to the clubs.” 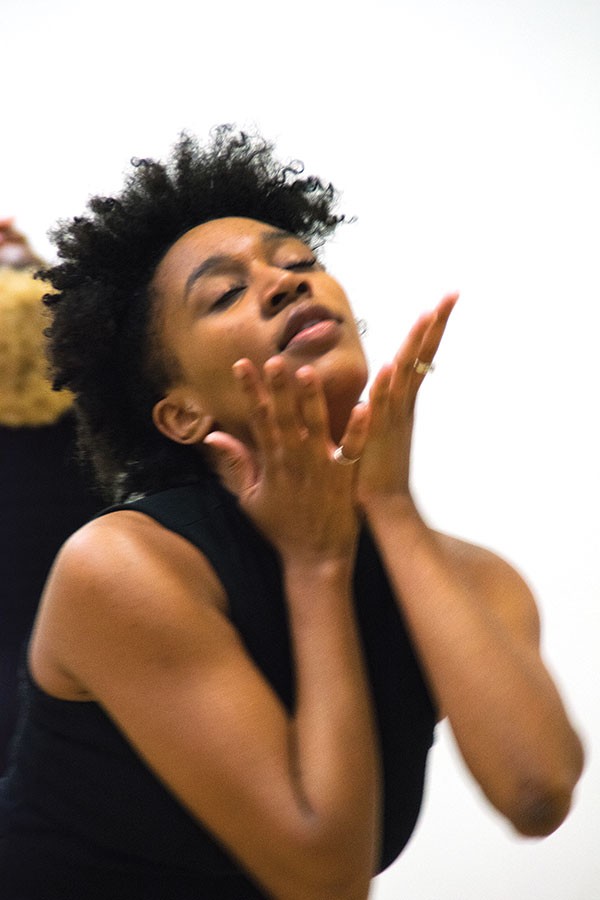 7 p.m., Thu., Nov. 10, and 8 p.m., Fri., Nov., 11. Ace Hotel, 120 S. Whitfield St., East Liberty. $7-15. artful.ly/store/events/
10222
It was the early 2000s when fate finally brought choreographer Staycee Pearl and DJ and sound engineer Herman “Soy Sos” Pearl together in Pittsburgh. But before that, the two had frequented the same New York City nightclub, The Shelter (a.k.a. Club Shelter), in the 1990s — she as a clubber and he as a DJ and house-music producer. Their shared love of house music was a siren call that would eventually lead the now-married couple to each other.

“We had this parallel experience in New York,” says Staycee Pearl. “I was studying dance and performing while he was making music.”

House music (a genre of electronic dance music created by club DJs and producers) and the ’90s club scene in NYC now provide the inspiration for and soundtrack to FLOWERZ, an evening-length dance work choreographed by Staycee Pearl that will be performed by the STAYCEE PEARL dance project (SPdp) on Nov. 10 and 11 at East Liberty’s historic Ace Hotel.

The title of the work comes from a 1998 song of the same name by American record producer Armand Van Helden of which the couple is particularly fond. The memories and feelings the song rekindles in them are essentially what fuels the dance work: a desire to recapture and relate to audiences what was special about house music and that ’90s club scene.

“We wanted to give the audience the visceral experience of why we went to the clubs,” says Staycee Pearl.

The 50-minute work takes place in the hotel’s converted gymnasium. (The building is a former YMCA.) The cast of seven includes six new local dancers and guest dancer Gierre Godley, artistic director of NYC’s Project 44. They will perform a mix of styles including contemporary, hip hop and social dances that will, says Staycee Pearl, give audiences a bird’s-eye view of a club experience as well as zero in on the interpersonal relationships developed between characters in the work.

For Herman Pearl’s part, he will, as he did in the ’90s, provide a DJ mix of classic and new house tunes, including several of his own compositions.

Says Staycee Pearl: “FLOWERZ is joyous. It’s big and loud and like a party.”