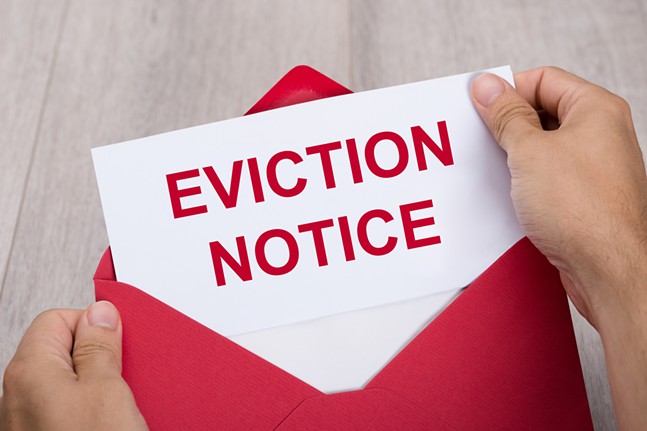 The pandemic has spurred a housing-payment crisis across Pennsylvania, and the entire country, with many people out of work and unable to pay rent and mortgages as unemployment as risen to historic levels. Gov. Tom Wolf (D-York) placed a moratorium on evictions and foreclosures in Pennsylvania at the beginning of the coronavirus outbreak, and already extended it once, but it's set to expire on Fri., July 10. However, with case numbers climbing again, particularly in Allegheny County, and many still out of work, state Democratic lawmakers are calling for Wolf to extend the moratorium.

Over a dozen Pennsylvania state representatives, including Rep. Austin Davis (D-McKeesport), Frank Dermody (D-Oakmont), and Elizabeth Fiedler (D-Philadelphia County), have signed a letter addressed to Wolf, calling for an extension of the moratorium until Dec. 31.

"This extension will give our constituents the time to apply for financial relief programs, to plan, to earn and save money, and hopefully for our state government to offer a 6-month plan that meets the immense need of homeowners and renters across our state," states the letter.


Today my @PaHouseDems colleagues and me are asking for an extension of the eviction & foreclosure moratorium. This crisis is not over & many working class families are still struggling. We cannot kick them out of their homes during a pandemic #LetsWork pic.twitter.com/yzlP2Zcc3N

As of July 5, over 2.2 million Pennsylvanians have filed for unemployment, since March 15. Today, Mon., July 6, the Pennsylvania Housing Finance Agency began taking applications for rent relief and mortgages assistance under the CARES Act, which allocates $150 million in funds for renters and $25 million for homeowners. If the hold on evictions and foreclosures is not extended, that leaves only a four-day window for people to apply and get approved for relief before the current moratorium runs out.

Gov. Wolf's office says a decision has not yet been made about a possible extension.

While every county in Pennsylvania is now in the green phase of reopening, some areas, including Allegheny County, have begun shutting down parts of the county after an alarming spike in coronavirus cases beginning at the end of June. This past week, Allegheny County has reached triple digit daily case numbers several days in a row, with a record of 233 cases on July 2. On July 2, the county shut down bars, restaurants, and casinos to try and curb the spread, putting employees at those establishments out of work once again.

The letter signed by legislators, also explains that moving can be destabilizing for families, especially in the middle of a pandemic, when people are encouraged to stay home.

"Anyone who has moved to a new home knows the physical, logistical and emotional toll a move can take, especially if children are in the home," states the letter. "In cases where a forced move occurs due to eviction or foreclosure, trauma often compounds the financial instability that prompted the initial inability to pay. For months, we have encouraged people to stay home as much as possible. Our constituents need and deserve to have that roof over their head."