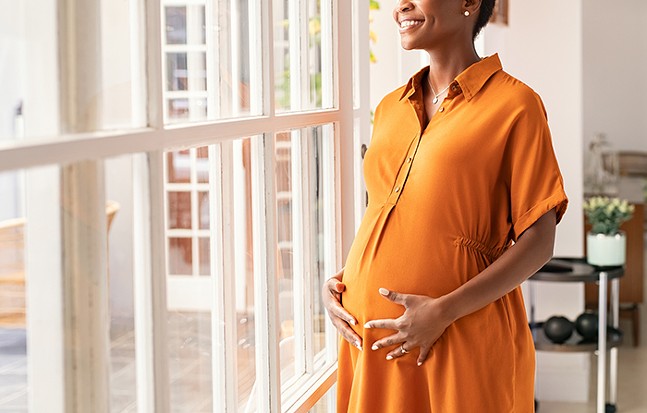 The Pennsylvania Department of Drug and Alcohol Programs has awarded the Pittsburgh-based Jewish Healthcare Foundation more than $1.4 million to improve health outcomes for babies and the people who birth them.

The grant will support the foundation's Moving on Maternal Depression initiative, which works to connect people who have given birth to necessary mental and behavioral health care.

“While this program is an important step in addressing and hopefully reversing the tragic maternal mortality rates in Pennsylvania, we must commit to tangible steps – like continued support for programs that prioritize perinatal health for both parents and children – that will help moms, babies, parents, and families thrive,” says Department of Human Services Acting Secretary Meg Snead in a June 1 release.

The MOMD initiative is a Pennsylvania Perinatal Quality Collaborative project, which works to implement strategic interventions in response to the major causes of pregnancy-related deaths.

The PA PQC currently includes 53 birth sites and neonatal care units, representing 81% of live births in Pennsylvania. They also work with 14 commercial and Medicaid health plans across the state to “actively identify perinatal processes that need to be improved and adopt best practices to achieve common aims,” according to the release.

PA PQC also works with participating hospitals to expand access to treatment for pregnant people with opioid use disorder and babies with neonatal abstinence syndrome. According to the press release, based on surveys from participating hospitals for January through March of 2022, PA PQC observed the following increases compared to pre-initiative baselines:


“These improvements in the recognition and treatment of mothers with OUD and neonates suffering from NAS are a direct result of open dialogue between staff from collaborating hospitals,” said James A. Cook, director of newborn services at Geisinger Health System and co-chair of the PA PQC Advisory Work Group.

DDAP previously awarded JHF $700,000 to support the launch of the PA PQC in April 2019. The launch included a 140-member advisory work group across the commonwealth focused on reducing maternal mortality and improving care for pregnant and postpartum people and newborns affected by opioids.