First Voice Festival. A showcase for local and visiting African-American artists, performers, writers and musicians, through May 28 (August Wilson Center).

Pump Boys and Dinettes. The perennially popular musical about the guys at a small-town gas station and the girls at the diner across the road, through May 29 (Actors Civic Theatre).

The Marvelous Wonderettes. A fictional singing group delivers this lightweight revue of pop hits of the late 1950s and '60s, created by Roger Bean. Pittsburgh premiere, through Oct. 2 (Pittsburgh CLO).

God of Carnage. The 2009 Tony-winner from Yazmina Reza (Art) finds two sets of parents at odds over a fistfight between their two young sons; Ted Pappas directs, May 26-June 26 (Pittsburgh Public Theater).

Mornings at Seven. Paul Osborn's comedy about a longtime bachelor bringing his girlfriend of 12 years home to meet his mother and her three sisters, all lifelong neighbors, May 26-June 11 (Little Lake Theatre Company).

The Taffetas. "Mr. Sandman," "Johnny Angel" and other chestnuts are on the bill in this musical review of '50s pop, May 26-June 11 (Apple Hill Playhouse).

9 to 5: The Musical. The recent Broadway musical comedy, based on the popular 1980 film about three secretaries plotting revenge on their boss, with a score by Dolly Parton, May 31-June 5 (Pittsburgh CLO).

King Hedley II. Eileen J. Morris directs August Wilson's play about an ex-con in the Hill District trying to redeem his life in the 1980s; to be performed at the August Wilson Center, June 2-12 (Pittsburgh Playwrights Theatre Co.).

The Ladies Man. Feydeau's famous farce about a doctor and his one small lie, adapted by Charles Morey, June 23-July 9 (Apple Hill).

House & Garden. The Pittsburgh premiere of Alan Ayckbourn's devilishly clever duo of farces, both set in the home of a wealthy British philanderer with political ambitions .... and staged as two separate plays to be performed simultaneously in two different theaters with the same cast, June 23-July 17 (Pitttsburgh Irish & Classical Theatre).

A Hotel on Marvin Gardens. A magazine publisher, editor and restaurant critic are inadvertently joined by a grade-school teacher for a round of Monopoly in Nagle Jackson's satiric comedy about class conflict, June 30-July 16 (South Park).

Comic Potential. In the near future, a robotic actress learns the ropes of comedy in Alan Ayckbourn's, well, comedy, July 7-23 (Little Lake)

Love Changes Everything. A full orchestra and large cast of singers and dancers combine for this revue celebrating the music of Andrew Lloyd Webber, July 8-14 (CLO).

The Sound of Music. Go climb an Alp with the Rodgers and Hammerstein classic, July 19-31 (CLO).

Dead Man's Cell Phone. A new theater company premieres with a staging of Sarah Ruhl's 2007 dark comedy about a woman who answers a phone that belongs to a dead guy, July 21-31 (Organic Theater Pittsburgh).

The Full Monty. The musical comedy based on the hit movie about laid-off British mill workers who become strippers, July 21-31 (Stage 62).

The Love List. Norm Foster's comedy about a guy whose best friend buys him a matchmaking service for his 50th birthday, July 28-Aug. 13 (Little Lake).

The Mistakes Madeline Made. "An unlikely story of love and dirty people," including a woman who develops a fear of bathing, directed by Marci Woodruff, July 29-Aug. 13 (No Name Players).

The Importance of Being Earnest. In Connall Morrison's adaptation, Oscar Wilde (played by stage luminary Alan Stanford) stages his 1895 classic with an all-male cast, and starring himself as Lady Bracknell, Aug. 4-27 (PICT).

Whose Wives Are They Anyway? Michael Parker's farce about a couple of corporate executives on a golfing weekend, Aug. 18–Sept. 3 (Apple Hill).

Peter & The Wolf. The Pittsburgh premiere of Allison Gregory's new version of the Prokofiev classic, through May 29 (Playhouse Jr.).

The Diary of Anne Frank. A new adaptation of the touchstone book written by a Jewish girl hiding from the Nazis, by Frances Goodrich and Albert Hackett, May 27-June 12 (Playhouse Jr.).

Dorothy and the Wizard of Oz. A version of the famous Oz story, adapted by Steve and Kathy Hotchner, July 5-15 (Johnny Appleseed).

Snow White and the Seven Dwarfs. A musical adaptation of the fairy tale, by Tim Kelly, with music and lyrics by Bill Francoer, July 19-29. (Johnny Appleseed)

Let Your Hair Down, Rapunzel. The story of the long-tressed damsel in song, by Karen Boettcher-Tate, with music and lyrics by Scott Deturk, Aug. 2-12 (Johnny Appleseed).

Miss Nelson Is Missing. Saddled with a nasty substitute, misbehaving schoolkids look for their original teacher in Jeffrey Hatcher's adaptation of the book by Harry Allard and James Marshall, Aug. 3-20 (Looking Glass). 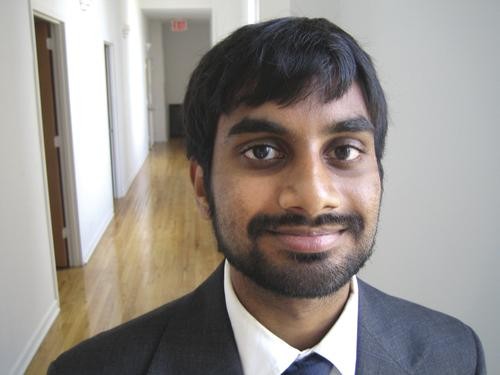 Aziz Ansari, June 16 at the Carnegie Music Hall in Homestead