CP Photo: Jared Wickerham
Near the corner of Forbes and Murray avenues in Squirrel Hill
The adage goes that breakfast is the most important meal of the day, but soon it might become a little harder to get your pancake and sausage fix in Squirrel Hill.

It was recently announced that the neighborhood would lose two long-standing restaurants, Pamela’s Diner and Eat'n Park. Both are located on Murray Avenue and are the Squirrel Hill locations of the popular Pittsburgh chains.

Pamela’s boasts its various spots as serving “the best breakfast in Pittsburgh since 1980,” including at the Squirrel Hill location, which opened over 40 years ago. Co-owners Gail Klingensmith and Pam Cohen announced on Dec. 28, 2021 that the location would close.

The other Pamela's locations in the Strip District, Shadyside, Millvale, Mt. Lebanon, and Oakland will still be open for breakfast and lunch.

It was also reported on Jan. 4 that the Squirrel Hill Eat'n Park will close. This location's last day will be Mon., Jan. 24. Similar to Pamela’s, the location, which serves a varied diner-style menu, including all-day breakfast, has also been operating for over 40 years.

There are 10 other Eat'n Park locations in and around Pittsburgh, as well as many others in Pennsylvania, Ohio, and West Virginia.

The two locations closing in Squirrel Hill add to a growing list of well-known Pittsburgh restaurants that have shut down since March 2020, when the pandemic began to spread throughout the U.S. In April 2020, for example, the Original Hot Dog Shop in Oakland closed after more than 60 years of business.

No definitive reasons have been given for the closures, but many establishments have experienced major financial losses due to the ongoing COVID-19 pandemic. A story from WTAE says the owners of Pamela’s cited COVID-19 as having “a big impact on their business” and that “a lot of longtime employees have either left or retired.”

Another factor could be the restaurant industry seeing massive staff shortages, as workers have been walking out due to lack of pay, poor working conditions, and fears over contracting COVID-19. As far back as July 2020, local restaurant servers and others claimed they were forced to work even as Allegheny County reported hundreds of new COVID-19 cases each day.

A statement from Eat'n Park said that all team members at the Squirrel Hill location "will be offered continuous employment within Eat'n Park Hospitality Group" after its closure.

"To our guests in the Squirrel Hill community — whether you started your day with us, ended your evening with us, or visited anytime in between, we are grateful you chose Eat'n Park," read the statement. 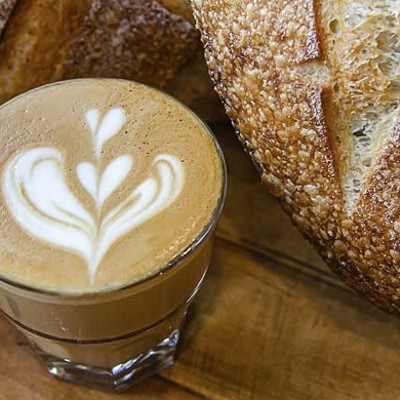