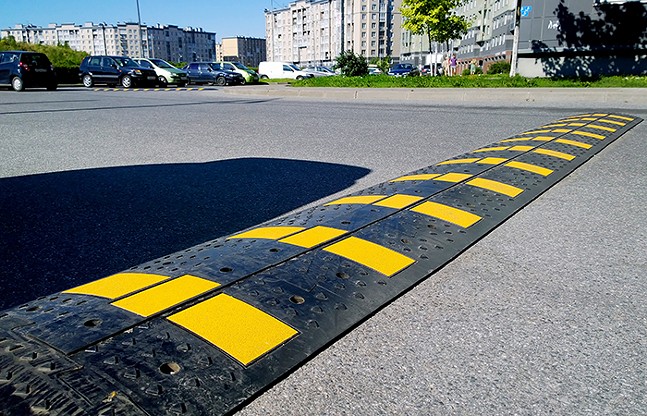 Speed humps are coming to three neighborhood thoroughfares where traffic studies have shown speeding is the norm.

In the coming weeks, stretches of Haberman Avenue in Mt. Washington, Stratmore Street in Crafton Heights, and Bascom Avenue in Perry North will each be fitted with humps in an effort to slow traffic flows.

According to a City of Pittsburgh press release, data collected during the past two years found more than half of drivers exceed the 25 mph posted speed limit while traveling through these streets.

“The rate of speeding along with the crash history in these areas indicated a strong need for traffic calming intervention,” the release states.

The hump installations come as part of the Department of Mobility and Infrastructure’s Traffic Calming Program piloted in 2019 and expanding this summer. The program aims to improve safety for all road users, including motorists, pedestrians, and cyclists. Traffic calming measures have been announced for seven other city roads this summer.

Construction is expected to last two days at each location. The road will be closed to all but local traffic while crews are at work from 7 a.m. to 5 p.m. Work is set to begin on the following dates: