South Park Theatre's You Haven't Changed a Bit ... And Other Lies 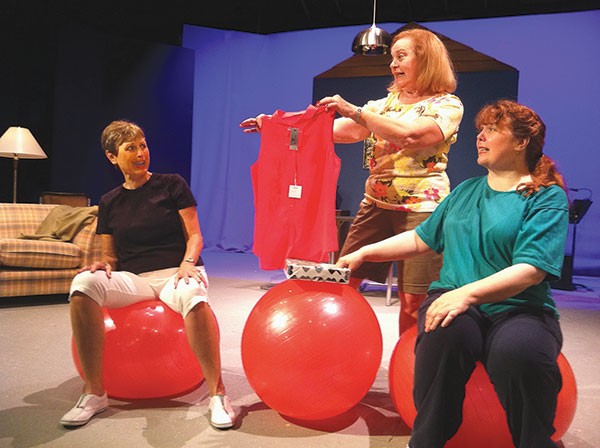 YOU HAVEN'T CHANGED A BIT ... AND OTHER LIES

The last time we were at South Park Theatre, we stumbled across a play so dreary I couldn't figure out why it had ever been produced ... and then learned the playwright was Neil Simon's daughter.

Continuing its salute to theatrical nepotism, South Park presents You Haven't Changed a Bit ... And Other Lies. The book and lyrics are by Jerry Mayer, the music is by his son Steve, and the show's premiere in L.A. was produced by his wife, Emily.

But thankfully, You Haven't Changed is light years ahead of the previous familial offering. Mayer is a television writer and producer of some of the most important TV comedies of the '70s and '80s: M*A*S*H*, All in the Family, The Mary Tyler Moore Show and The Facts of Life.

This unassuming little piece of work — subtitled "A Musical About Growing Up at 60" — certainly shows Mayer's flair for gentle, easy humor. There's not a whole lot of insight informing this tale of three married couples in their 60s who decide to renew their vows. But there is a breezy, pleasant feel to Mayer's observations on maintaining a decades-long relationship while, at the same time, maintaining an even older body which is changing more rapidly.

Mayer writes in types, so the couples feel somewhat like stock characters. Steve Fine, played with loving amusement by Keller Lowman, is a bit of a mensch dealing with forgetfulness, while his wife, Sarah (beautifully sung by Mary Randolph), briefly considers an affair, the possibility of which nobody — not the creators, the characters nor the audience — takes seriously.

Mike Dooley is the overbearing member of the crew, played with appropriate gusto by Phillip Bower. Joyce Miller brings a quiet nobility as his long-suffering wife, Liz. Eddie and Audrey Bellini feel the most like sitcom creations — subcategory "Wisecracking Sidekicks" — and from them, Bob Ference and Susan Haudenshield get plenty of laughs.

If I'm honest, I should say I had only an OK time at You Haven't Changed a Bit. This is a slender story that evaporates under the lights, and director Rick Campbell needs to imbue considerably more drive, energy and urgency to the production.