Well-made piscos are prized for their complex, delicate flavors and rich mouthfeel 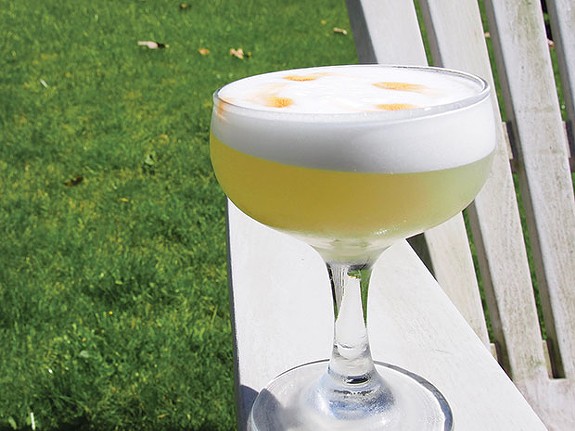 Don’t get me wrong: I like whiskey all year long. But there’s something about the colder months that makes barrel-aged spirits, like scotch and cognac, particularly appealing. And though I won’t abandon my bottle of bourbon this summer, I do start to crave lighter, brighter liquor when the weather warms. This year, spice up your summer tippling with a few traditional spirits from South America.

South Americans argue over Peruvian and Chilean pisco the way Squirrel Hill residents quibble about Mineo’s and Aiello’s. For centuries, the two countries have fought over who can truly claim pisco as its national spirit. Though there are some important differences in production, pisco is a brandy made from a handful of varieties of South American wine grapes. Unlike many other brandies, piscos are rarely aged in barrels (though Chile produces the occasional aged version).

The clear brandy, therefore, has more in common with tequila and grappa than cognac. Throughout South America and beyond, well-made piscos are prized for their complex, delicate flavors and rich mouthfeel. Though pisco can certainly be enjoyed on its own, the spirit shines brightest in a classic pisco sour. The mixture of pisco, sugar, citrus and egg white makes for a tart, silky-smooth summertime drink (see recipe below).

Cachaça, a Brazilian spirit made from fermented sugar-cane juice, is another worthy South American addition to your liquor cabinet. The spirit’s use of sugar-cane juice differentiates it from most rums, which are generally distilled from molasses. This method gives cachaça a fresh, bright flavor that sometimes veers toward grassy and vegetal notes.

Cachaça connoisseurs will tell you that the best versions, including those aged in indigenous Brazilian wood, should be enjoyed neat. But even a less-than-stellar cachaça can work in a caipirinha, the national cocktail of Brazil. The drink, whose named roughly translates to “hillbilly,” is dead simple to prepare. Just muddle a small handful of lime quarters with a spoonful of sugar, then add a healthy glug of cachaça and some crushed ice. It doesn’t get much easier — or more refreshing.

As the weather warms, it makes sense that we turn to spirits made in warm places. Like rum and tequila, pisco and cachaça burst with sunshine. Next time you need a back-porch sipper, skip the light beer and hit the liquor store instead.

Shake all ingredients vigorously with ice until your arm hurts. Then strain into a shaker without ice and shake some more. (The aim is to create a silky texture without too much dilution.) Strain into a cocktail glass and add a few dashes of aromatic bitters.

Revisit the G&T this summer