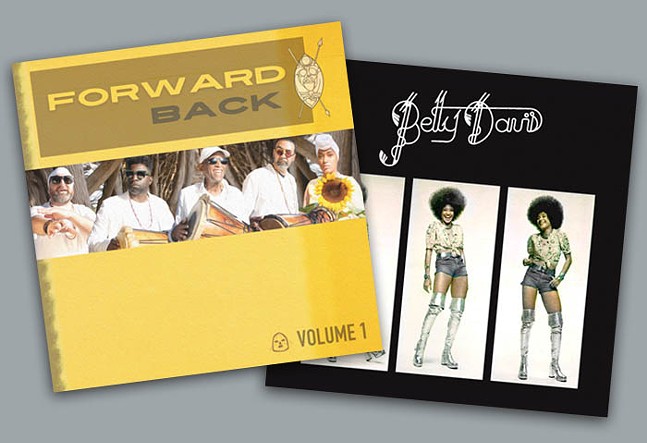 Pittsburgh lost one of its own last week when legendary singer Betty Davis — known as “The Queen of Funk,” wife of Miles, and a longtime Homestead resident — passed away at the age of 77.

There’s a 50-year thread between Betty and my album pick for February. By now, most Pittsburghers know her legacy quite well. Along with her personal accomplishments as a model, major songwriter, cult-level performer, and subject of a critically acclaimed biopic, Betty strategically nudged her husband Miles into a new melding of jazz and rock.

Bill Summers was the percussionist in Headhunters, and here we are with his latest project in 2022.

Forward Back is a six-track EP that honors a formula I love: hip hop with full instrumental backdrop and layered singing. “Yellow Flowers,” the opener, offers all of that plus beautiful steel and polyrhythm. “Elevate” follows with conscious lyrics of Black kings and Cuban plantain. A little bit later, the ageless and ubiquitous George Clinton guests on “Buttafly.”

Back to Betty Davis …

The Soul Show is honoring her in two episodes. The Feb. 12 show was rapidly assembled in the days after her death. If you missed it, the archive is at soulshowmike.org. A larger effort is planned for the first weekend of Women’s History Month, where I’ll have remarks from the biopic’s director and other key witnesses to Davis’ life. Tune in from 2-5 p.m. on March 5 at wyep.org.Mike Canton is the longtime host and producer of The Soul Show on WYEP 91.3FM. He recently launched a syndicated edition of the program, now airing in four markets. Both are produced in his Electric Basement Studios. Canton is also a Pittsburgh-area voice artist.