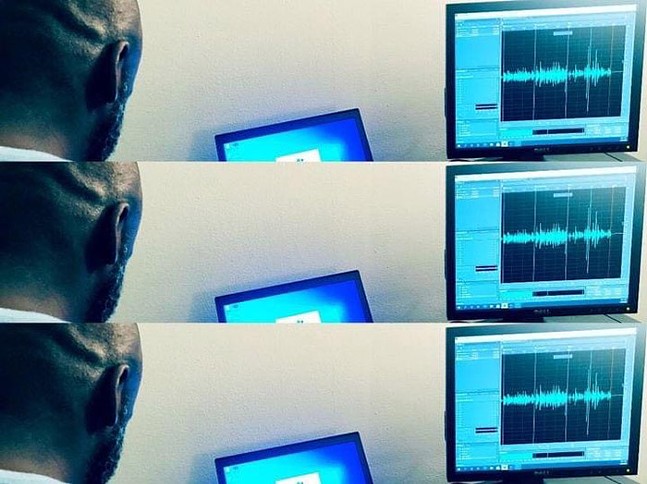 George T. recording the voice tracks for the first episode of Vibin’
Sa-Roc came to me slowly. As the singles “Hand of God,” “Deliverance,” and “r(E)volution” trickled in one by one, I paid increasingly more attention and waited for more. The Sharecropper’s Daughter album of late 2020 is the full album. It is as special overall as the individual pieces have been. Everything’s conscious (hint: the title). The melodies, beats, and harmonies are carefully orchestrated. I like my hip hop inflected with organic instrumentation, and hearing guitar strums on the title track is beautiful. Ledisi, Black Thought, Chronixx, and others offer vocal and cultural support throughout. 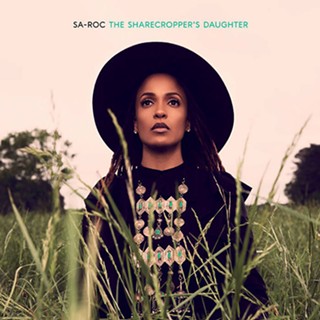 Sa-Roc herself delivers with a strong, mature voice, and the lyrics make me scroll back to miss nothing. The Sharecropper’s Daughter has turned the trickle into a full (H) faucet turn. On The Soul Show, I tend not to lock in on a track week after week. Sa-Roc will keep me busy for months.

On a separate note, assuming R&B is at least part of your thing, definitely check out the brand new show Vibin’ on WYEP. Host George T. has guested on The Soul Show and Grand Groove Radio for years, and he deservedly graduates to his own program. Vibin’ finds the sweet spot of new jack swing, neo soul, and hip hop of the late ’80s and ’90s. New music will sneak in, too.

Catch Vibin’ on Mondays from 10 p.m.-midnight on WYEP 91.3FM or wyep.org.
Mike Canton is the longtime host and producer of The Soul Show on WYEP 91.3FM. He recently launched a syndicated edition of the program, now airing in four markets. Both are produced in his Electric Basement Studios. Canton is also a Pittsburgh-area voice artist.