In addition to covering the usual emergent album of note in this month’s installment, I’m joining in on the fun for this week’s Pittsburgh City Paper Marijuana Issue. Editor Lisa asked nicely, and what came to mind right away was something Neil Young said in his memoir. His songwriting suffered terribly after abstaining from marijuana — a shame, indeed, for one of his generation’s prolific composers. It’s a good time to reflect on his heyday, and it makes sense for The Soul Show’s host to do this in the context of R&B.

Get out your buds, launch your favorite music service, and check these out these Young covers: 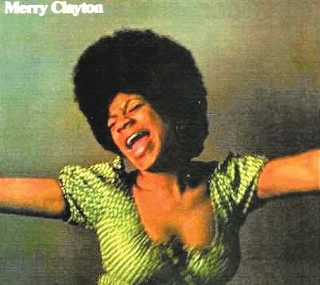 • “Southern Man” by Merry Clayton. She’s best known for the haunting vocals on the Stones’ “Gimme Shelter.”
• An extended and live “Down By The River” by Buddy Miles of Hendrix and Band of Gypsys.
• “Ohio/Machine Gun,” either from the Isley Brothers’ Givin’ It Back (1971) or their Live release of the following year. The medley is mostly Young’s Kent State opus, with hints of “Machine Gun” by Band of Gypsys.

With only a little bit of space left for this month, I’ll quickly rave about the debut album Irene by Melbourne trio Izy (eye-zee). It’s a total chill listen, sparsely arranged and with beautiful vocals. The opening track, “Moon,” has a halting beat reminiscent of country people Hiatus Kaiyote, but then Izy goes its own way. Highly recommended, and already on my ballot for Top Ten 2021 consideration. Listen at izymusic.bandcamp.com/album/irene.
Mike Canton is the longtime host and producer of The Soul Show on WYEP 91.3FM. He recently launched a syndicated edition of the program, now airing in four markets. Both are produced in his Electric Basement Studios. Canton is also a Pittsburgh-area voice artist.