Soulshowmike’s Album Picks: Contenders for the best of 2021 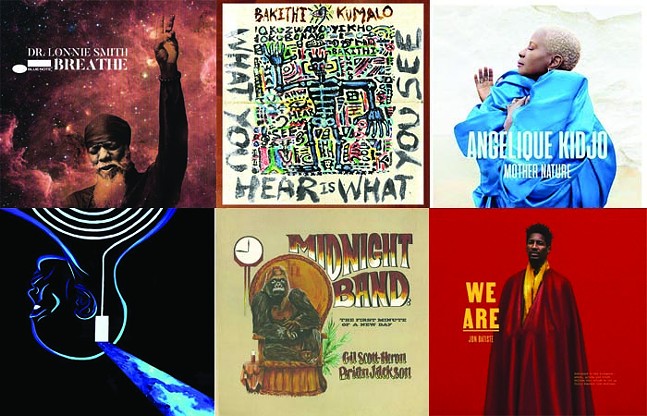 Approaching 2021’s end, I’m in the throes of Top 10 album selections for The Soul Show on WYEP. The winners will be featured on Jan. 1, and you’ll see the full list in my Pittsburgh City Paper column next month.

In this month’s Album Picks, I list some (not all) of my albums in contention for the Top 10, as well as others worth honorable mention.

• Theon Cross — Intra-I
Here’s a solo effort from a member of the acclaimed Sons of Kemet.
• Diana Purim and Khrisha Booker — Eyedentity
World jazz/fusion from the daughter of Brazilian music royalty Flora Purim and Airto.
• Angelique Kidjo — Mother Nature
The current-day queen of Continent music collaborates with the next generation.
• Dexter Wansel — The Story of the Flight Crew to Mars
A ’70s master of space-themed albums, D.W. comes back 45+ years later with the sequel.
• Afro Yaqui Music Collective — Nonantzin
This is social jazz/hip hop out of Pittsburgh.
• Terence Blanchard — Absence
He reprises the E-Collective fusion project.
• Jon Batiste — We Are
Shame on me for not mentioning this album before.
• Bakithi Kumalo — What You Hear Is What You See
Our own Poogie Bell is on this fine release.
• Lonnie Smith — Breathe
The unlikely pairing of the Hammond B3 star with punk godfather Iggy Pop is a highlight.

Finally, the inimitable Gil Scott-Heron is a Rock and Roll Hall of Fame inductee. Here’s one of my Top 10 for Eternity: The First Minute of a New Day.Mike Canton is the longtime host and producer of The Soul Show on WYEP 91.3FM. He recently launched a syndicated edition of the program, now airing in four markets. Both are produced in his Electric Basement Studios. Canton is also a Pittsburgh-area voice artist.