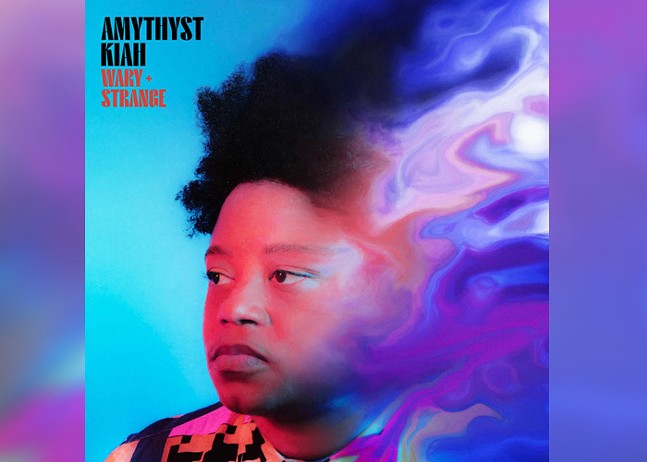 Songs of Our Native Daughters made my Top Ten Albums of 2019. It was the collaborative effort of Rhiannon Giddens (Carolina Chocolate Drop leader), Leyla McCalla, Allison Russell, and Amythyst Kiah. “Black Myself,” one of the most compelling tracks on the release, was written by vocalist/guitarist Kiah.

Fast forward to 2021. Kiah released a solo version of the same composition. Amazingly, without the cast of four Native Daughters, she delivers an equally raucous and “attitudinal” rendition. When the full album dropped, my hopes were high. They were not dashed.

“Wary + Strange” is a huffy (and sad) Black woman encapsulated. “Hangover Blues,” an early track, lets it all hang out the way “Black Myself” did. “Tender Organs” is on the sad and painful side, with extra strings to bear witness. “Firewater” is simply beautiful. “Fancy Drones” carries some of the meaty grit I know from Brittany Howard.

I’ve been doing some traveling to see acts that don’t come to Pittsburgh often enough. Kiah’s tour schedule has added Cleveland and Warren, Ohio of late, but some great recent news is that she plays Calliope in December.

My next delve will be into the fourth Native Daughter, Allison Russell. Her album Outside Child may be in this column soon. Also, I’m digging into Nigel Hall’s Spiritual as this is written.

A couple of last, last items:
Mike Canton is the longtime host and producer of The Soul Show on WYEP 91.3FM. He recently launched a syndicated edition of the program, now airing in three markets. Both are produced in his Electric Basement Studios. Canton is also a Pittsburgh-area voice artist.