"I feel really bad for the girls left behind." 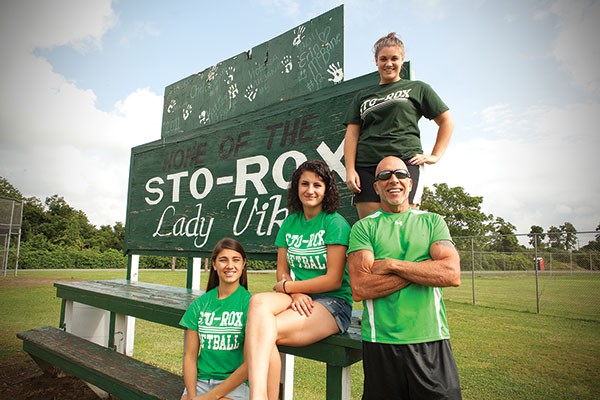 Former Sto-Rox softball coach Bill Palermo and his former players — from left, Rachel Gerster, Hayley Weisser and Josie Buckley — are working to try and save the school's championship program.

The game, she says, kept her out of trouble, made her go to class and made her more competitive on the field, in the classroom and in life.

"It taught me to be more competitive. I wanted to get into first or second place in my class."

By the time she graduated this past June from Sto-Rox high school, she had actually finished third in her class — two spots behind her teammate, the valedictorian. In the fall, Buckley will attend La Roche College in the North Hills, and she'll play softball for them next spring. The friends and teammates she's left behind at Sto-Rox, however, won't have that same luxury.

At its June meeting, the Sto-Rox school board voted 8-1 to eliminate both the softball and baseball programs in an attempt to cut costs at the financially strapped district.

The district's operating budget for this school year will be a little more than $24 million. With nearly $22 million in anticipated revenue, the board used $1.2 million in cash reserves to balance the budget. The remaining shortfall was covered by cuts to programs.

School districts across the state have been feeling the pinch of reduced education funding ever since Gov. Tom Corbett took office. Statistics from the nonpartisan Pennsylvania Budget and Policy Center (PBPC) show that not replacing federal stimulus funds in education in the 2011 budget, and leaving education funding effectively flat, has hit poor school districts like Sto-Rox the hardest.

"We need a rational funding formula to get back to where we were in 2011. Improving education will improve the state's economy," says Sharon Ward, executive director of the PBPC. "We can fund education without raising taxes. The problem is not the money. It is finding the will to properly fund education."

So what is the district actually gaining from these cuts? The elimination of both softball and baseball is expected to save the district a combined $20,000 to $25,000, a number that residents, players and a former coach say is not worth the loss. Especially, they say, when smaller cuts could have been made to all sports programs — including football and basketball — to allow all student athletes the chance to participate.

"When you look at all of the academic statistics of our team, it is hard to believe [the program has been cut]," says Buckley. "Why not cut something else, when our program has been so successful?

"What are [the players] going to do? Maybe these kids will end up on the street."

To Bill Palermo, the softball coach who resigned at the end of the season before the elimination vote took place, the cuts are short-sighted. Sports, he says, have a positive effect on academics and overall student health. Besides that, the team was pretty good.

Palermo, the team's only coach, started the program in 1985. The team won one PIAA state championship and 10 WPIAL titles.

More importantly, he says 85 percent of his players in his 35-year tenure have gone on to college and 80 percent have made the honor roll. No player has ever missed a game due to grades or disciplinary action. 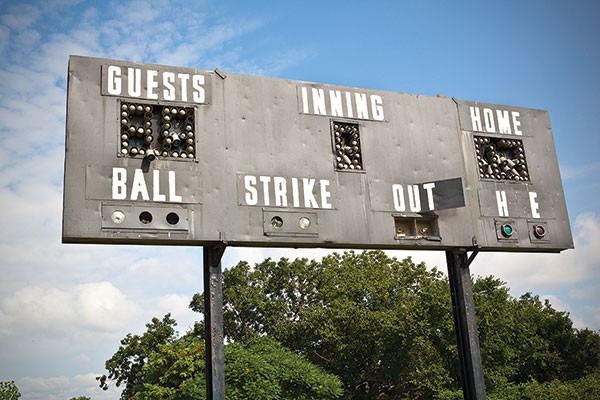 The dilapidated scoreboard at the Sto-Rox softball field.

"It is not sending the right message," he says. "These kids did everything that was asked of them, yet these kids will leave Sto-Rox thinking that good kids are not rewarded."

Palermo, who taught mathematics at Sto-Rox before retiring a few years ago, has some solutions he wishes the board would have considered instead of eliminating two sports.

"If this were just about money, then cut all sports. Obviously, I don't want to see that," Palermo says. "But, if you did it, you could hire back four teachers for the $190,000 sports budget."

School Board Secretary Dr. Edward Maritz says he respects Palermo's opinions, but the board met for 50 hours over the past few months and considered many options. The members chose to eliminate spring sports in part because of the relatively small number of students that would be affected. He says the anger at the board for cutting the sports programs is understandable but misplaced.

Maritz says sports cannot be seen as untouchable when teachers are being cut, and he wants what he calls the "vocal minority" in an uproar over the loss of these teams to understand the economic reality facing Sto-Rox.

"We were cutting fat before, now we are cutting bone. It is going to be painful," explains Maritz, a school-board member for the past 20 years.

A Facebook group was set up to help save the baseball and softball teams. Members have met at a McKees Rocks park to brainstorm ideas to raise funds for the teams this year.

Maritz says he is unsure if the board would allow the sports to continue even if the money were raised by residents due to legal issues and questions of sustainability.

"While my heart goes out to the 30 or so players, the whole district is in trouble. I would like to see people use that energy to save the district. Any new revenue should go toward education."

Under Title IX, there must be an equal number of sports teams offered for boys and girls during each athletic season. Sto-Rox is now down to four sports: football and girls volleyball in the fall, and boys and girls basketball in winter.

Palermo believes there needs to be a sport in each season to keep kids out of trouble.

"These 40 kids are now going to have nothing to do," he says. 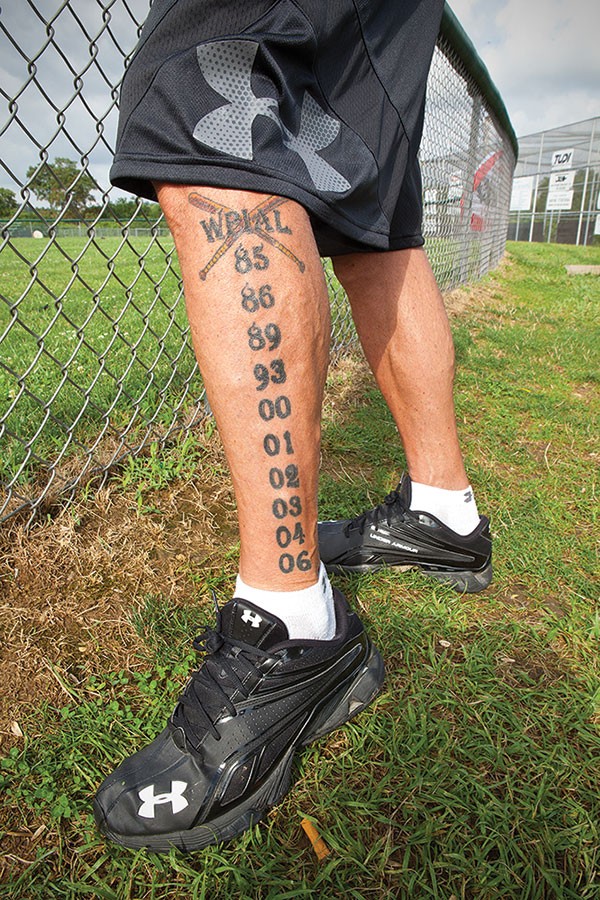 Former Coach Bill Palermo had the years of the team's 10 WPIAL championship titles tattooed on his leg.

John Clark, a professor of sports management at Robert Morris University, says the reason a plan to cut all sports, instead of just baseball and softball, wasn't considered comes down to two factors — popularity and revenue. Spring sports generally do not get as much attention, he says. Football is the primary high school sport in Western Pennsylvania and there is no revenue generated from baseball or softball.

But still, he says, the cuts are tough to understand.

"What is interesting is Sto-Rox had a very successful softball program," Clark says. "From a young age, it seems girls at Sto-Rox learn what they need to do to be successful. It is a shame that future girls won't get that opportunity."

Clark says sports can create a sense of pride for a community and a successful program can bring more to a town or a school than revenue.

"When the local team does well, it can be very uplifting for the community," he says. "It creates a sense of pride."

But, Clark says, with the current economic climate, he could see more schools cutting athletics. He also says athletic directors are going to have to become better fundraisers and may have to turn to private sponsors for teams.

"This will put schools in less-affluent areas at a disadvantage," Clark says. "A Fox Chapel will be able to find private funds for a team [more easily] than a Sto-Rox."

Funding is going to be harder to come by, and Maritz says the outrage for the financial issues should be directed at Corbett who created the problem with a $1 billion education cut more than 2 years ago.

That cut affected Sto-Rox, with its limited tax base, especially hard, cutting 14 percent from the budget, he says.

Maritz says if the district's funding issues are not resolved, Sto-Rox could go bankrupt and even cease to exist in the next couple of years.

That sense of urgency is not lost on Palermo, but he questions how much good the cuts will do compared to the value the sports add to the community.

The district has to deal with major issues like staffing cuts and overcrowding at the elementary school, and the amount of money gained from the program eliminations "is not going to make a dent," he says. "To just cut two sports to save around $20,000 is ridiculous."

And for her part, Josie Buckley worries about her teammates still at Sto-Rox.

"I feel really bad for the girls left behind," she says. "Some of them said they are transferring to other schools. But some are just going to be stuck."