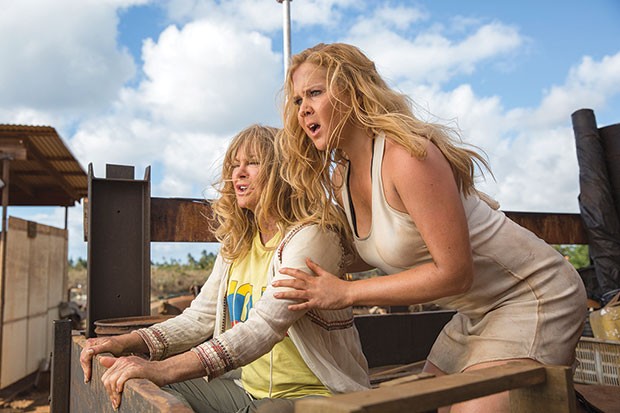 A feckless selfie-taking woman (Amy Schumer) talks her uptight mom (Goldie Hawn) into taking a vacation together in Jonathan Levine’s comedy. They settle in at a deluxe resort in Ecuador, where they are kidnapped by a smooth talker, because … I dunno, there is some market for whiny American women? Leaving aside the not-very-cool politics of presenting Latin America as a place of deranged Spanish-speaking thugs, this film still can’t find a comic groove. Scenes play out like blackout sketches, with little cohesion between them, and most of the jokes rely on the two women freaking out. I’m not here to judge Hawn’s personal choices, but this kind of physical comedy relies heavily on facial expression, and Hawn’s crease-free frozen face is really jarring. Another couple of pros — Wanda Sykes and Joan Cusack — are wasted in poorly developed supporting roles. I’d advise staying home.