Photo: Mason Jar Media
Papadosio
This year's lineup for Resonance, a music and arts festival taking place in Slippery Rock from Sept. 19-22, was already set to be a righteous one. Stacked with jam-band and EDM power players like Tipper, Tycho, Keller Williams, Black Moth Super Rainbow, CharlesTheFirst, Chon, and more, Resonance has been the talk of the summer, with many buying their tickets as soon as they were available. Yesterday, more acts were announced, and fans can expect the new wave of lineup additions to stay true to the EDM-centered focus, complete with festival favorites in the jam, rock, and funk genres.

Progressive-rock and electro-synth quintet Papadosio presents the festival, along with Mammoth Music Group and Essential Productions. Best known for their energetic live performances filled with mesmerizing instrumentation, improvisational skills, and intricate visual production, Papadosio have had a special place for Resonance in their hearts since it's origination in their home state of Ohio in 2014.

"The excitement is palpable for what will be the best Resonance festival yet!" says Anthony Thogmartin of Papadosio (guitar, synth, vocals). "We've got a whopping four sets of sound and sight for you, including a bunch of new music, and even a Gorillaz tribute set! This is the one 'must not miss' Papadosio event of the year."

Q&A with Billy Brouse of Papadosio 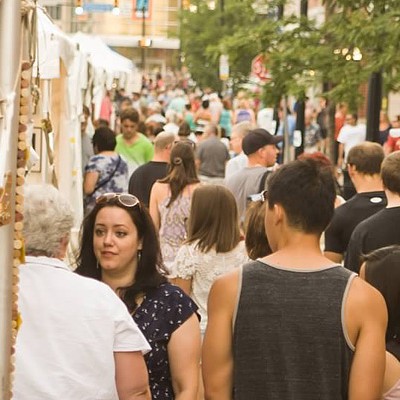