The actors play off of each other incredibly well 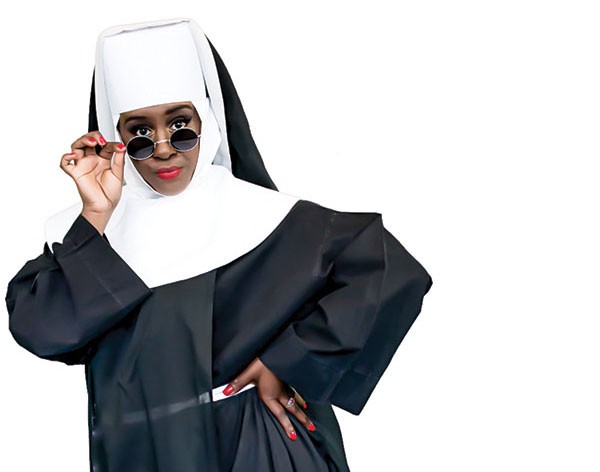 Pittsburgh Musical Theater’s production of Sister Act doesn’t come alive until three-quarters of the way through the first act.

It’s then that Deloris Van Cartier (Amanda Foote) joins with the convent-dwelling sisters for a stellar gospel number. The dynamic is soulful and empowering; it’s where these performers, though working with lackluster material, shine.

On opening night, the musical comedy, directed by Colleen Doyno, made up for its lack of a profound script with entertaining production values (including a guest appearance by Bishop David Zubik as … the Bishop!).

Deloris accidentally witnesses Curtis break the sixth commandment (“thou shalt not kill,” for those of you who skipped CCD) and makes a run for the police station. Eddie Souther (Justin Lonesome), or “Sweaty Eddie,” a cop and former classmate who still harbors a crush on Deloris, puts her in a convent for protection. Lonesome shines in his solo number “I Could Be That Guy,” which also demonstrates an audience-wooing double-breakaway costume from costume designer Kim Brown.

At first, Deloris cannot find common ground with the sisters; then she joins the choir and helps them funk up their Sunday mass with sequined habits and Saturday-night dance numbers (choreographed by Lisa Elliot).

Though the script gets campy and predictable, the PMT cast works every possible angle to deliver a heartwarming message of sisterhood solidarity.