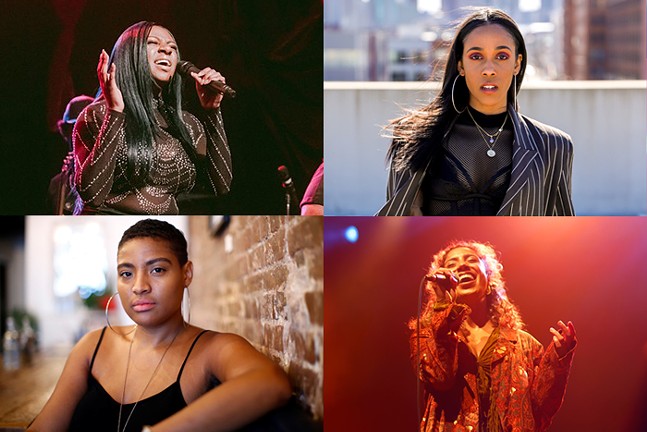 Kiearra Williams feels lucky. As the marketing manager at Opus One Productions, she regularly puts together incredible evenings of entertainment at venues like Mr. Smalls Theatre, Stage AE, Club Cafe, PPG Paints Arena, and the Benedum Center. But as a Black woman working in the music industry where women of color aren’t adequately represented, she felt it was time to do something close to her heart.

“Personally understanding why at every stage of my life, it has been critically important to have role models that look like me and may have had similar experiences as me, I wanted to curate an event that could empower others to do the same for future generations,” says Williams. “They are, after all, every bit as likely to be the women who empower developing artists to keep going.”

Enter Sistas Of The City. The upcoming concert at Mr. Smalls on Fri., Oct. 14 features local acts Clara Kent, Sierra Sellers, Simone Davis, and Chandra Rhyme. It’s an all-Black femme lineup that Pittsburgh hasn’t seen the likes of since INEZ’s 2020 Acoustic Love Volume One show at Club Cafe or the 2019 August iteration of the Pittsburgh’s Very Own concert series.

“It’s very important for us to promote this because [Pittsburgh] is voted the most liveable city, but simultaneously it’s also voted the most difficult city for Black women to thrive and live in,” says Kent. “For our experience, it’s very perplexing and also paradoxical. Events like this break the mold and put cracks in the ceiling.”

Sistas Of The City also presents an opportunity to showcase the various sound and genres often defined as R&B. Kent, for example, makes music that fuses alt-R&B, soul, pop, and even rock, while Sellers falls into the neo-soul category, naming Jill Scott as a major inspiration. Davis, on the other hand, is a classic R&B singer in the realm of Monica and Mary J. Blige. And Rhyme creates R&B pop-leaning music in the lane of Aaliyah.

“Sistas of The City represents diversity,” says Williams. “Clara, Chandra, Sierra, and Simone all have different styles and twists in the ways they blend genres, which is what I believe sets these artists apart. On the surface, it looks like an ‘R&B’ showcase, but these artists are deeper and have a real chance of being influential to music, instead of catering to the formulas that are already in place.”

Whether Sistas of The City intrigues because of the all-Black-femme lineup, the “really dope shuffle of music,” as Kent puts it, or for the showcase of local acts, it’s certainly not one to miss.

“It is my sincere hope that the outcome of this event inspires other Black femmes, especially those that may be a bit younger than us, to go out do something big,” says Williams. “Don’t limit yourself! Make a statement. Make an impact.”

Explore North Park at Park ‘til Dark with free, family-friendly activities and cap the day with Brews + Bites at Pour at the Park Sponsored 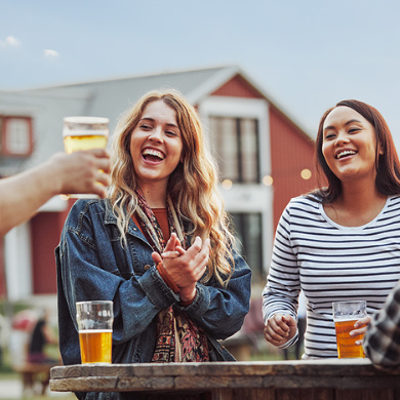