The sixth annual festival continues through Sun., May 15.

Below are reviews for some of the second week's films.

ASHES. In New York City, a somewhat shiftless young Indian-American man nicknamed Ashes floats by as a small-time weed dealer. But, the ongoing care of his mentally ill brother requires more cash. So Ashes ratchets up his drug-dealing even as his brother begins to lose his grip. Writer-director Ajay Naidu's debut drama has an old-school-indie feel -- nice use of location shooting, but some clunky acting -- and an interesting take on the collision of cultures. 9 p.m. Wed., May 11, and 2:30 p.m. Sat., May 14. Regent Square 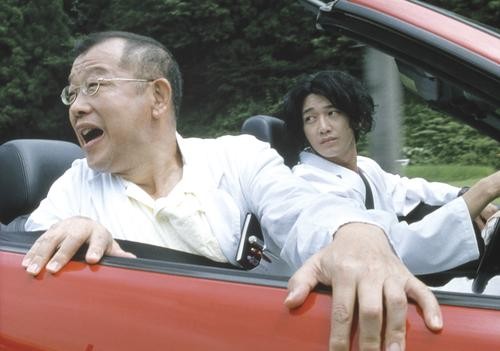 DEAR DOCTOR. Miwa Nishikawa's gentle comedy about a much-loved country doctor in a remote picturesque village turns out to contain a shadow or two. The film opens with the doctor's disappearance, and what happened is slowly revealed through a police investigation and flashbacks. Life may seem simpler in the country, but it is, in fact, quite complicated. In Japanese, with subtitles. 2 p.m. Sun., May 15. Melwood

DOG SWEAT. The opening scene of young men boozing and riffing on various Western whiskeys should alert viewers that this ensemble dramedy set in Tehran is about a new generation of Iranians, straining against that country's social and political restrictions. A series of loosely connected vignettes introduces us to feminists, would-be pop singers and a pair of gay lovers. Dating is fraught for all -- it's either pre-arranged or secretive -- and the desired future seems far away. Nor does Hossein Keshavarz's film offer any easy solutions. In Persian, with subtitles. 9:30 p.m. Fri., May 13. Regent Square