Silent Vote: Tea-party Congressman Keith Rothfus is seeking a second term, so how come nobody seems to care? 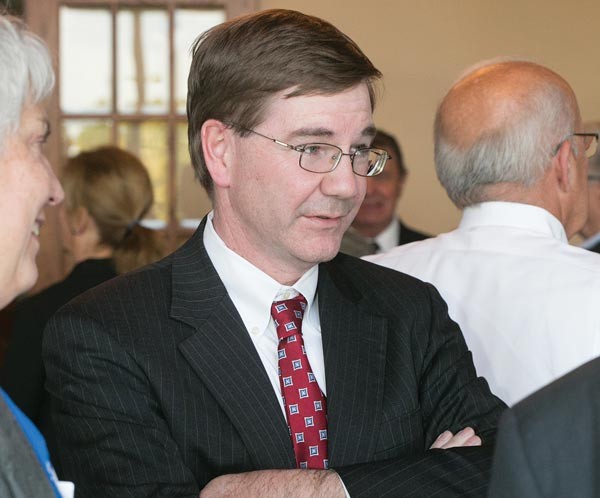 Photo by John Colombo
In the running for 12th Congressional District: Keith Rothfus

Tea-party Congressman Keith Rothfus is trying to escape the Shannopin Country Club, wrestling with a door handle that won't budge.

He has just finished blasting the Affordable Care Act and "bureaucratic elites in Washington, D.C., who think they know best what kind of light bulb you should have in your house."

"The American people," Rothfus tells local members of the National Aging in Place Council, "are hungry for a government that understands it's the hard-working taxpayer who pays the salaries of people in government. You have to be customer-service-focused. You have to listen."

His remarks — like his TV ads — don't include a single mention that he's running for re-election.

Even after the speech, he's not interested in talking with a reporter about his voting record or re-election bid — deflecting questions without slowing his stride toward the exit. "I've got a daughter at home who I have to go buy sneakers for. It's a commitment I made three days ago," Rothfus says.

But the double-doors leading out to the parking lot won't open, and he and his aide are tugging at them loudly enough to draw attention from the receptionist. She gestures toward the leftmost door, which, after a few seconds, gives way.

Rothfus walks briskly across the parking lot, his aide insisting a formal interview request must be made. (City Paper made several requests for an interview with Rothfus both before and after the event; no interview was offered.) He offers only short, staccato answers before disappearing into a car. "Every race is a tough race," he says. "My voting record will speak for itself. I've supported a lot of bipartisan legislation."

Rothfus does have an almost two-year congressional voting record that includes controversial votes to keep the federal government shut down and against $10 billion in disaster relief in the aftermath of Superstorm Sandy. But the way this race has taken shape since his uncontested primary this past spring, neither he — nor his record — will have to do much talking.

That's a big change from just two years ago, when Rothfus defeated incumbent Democrat Mark Critz by about 3 percentage points — becoming the first Republican to hold the seat since 1974. The race was a bloodbath that attracted roughly $10 million in outside spending (reportedly the most of any U.S. House race that year) and flooded the district with negative ads.

This time, though, the airwaves in the 12th Congressional District are virtually silent. The national parties, which dumped around $4.3 million into the district in 2012, have pulled out. So have the SuperPACs.

But while McClelland and her volunteers are knocking on doors, she hasn't been able to close a substantial fundraising gap. As this issue was going to press, McClelland had raised just $244,660 compared to Rothfus' $1.76 million war chest.

To make matters worse, the media has hardly touched the race, leaving an outgunned McClelland with few cost-effective options to reach the roughly 700,000 people in the district.

"Keith Rothfus is a lock on his seat," says Bill Green, a Republican strategist, "as is every single congressman in the Commonwealth of Pennsylvania"

So how did the Pennsylvania 12th, a Democratic stronghold that was among the most competitive congressional districts in the nation two years ago, seemingly become a slam dunk for a tea-party Republican?