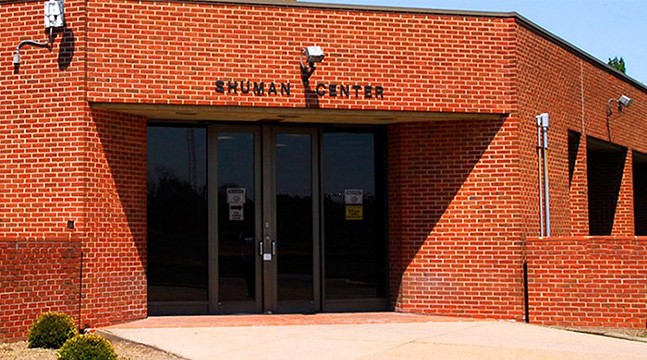 Photo: alleghenycounty.us/shuman
Shuman Juvenile Detention Center
Allegheny County Manager William McKain announced on Mon., Aug. 23 that the Shuman Juvenile Detention Center will close on Sept. 18. This comes directly after the facility, which opened in 1974 and is located in Pittsburgh's Lincoln-Lemington neighborhood, had its operating license revoked by Pennsylvania state officials.

It was reported in the press before McKain made his announcement that the state Department of Human Services had notified Allegheny County officials on Aug. 20 that Shuman's license was being revoked, citing that because of a "continued failure to follow regulations and failure to improve on past violations, a license revocation was necessary,” according to a DHS spokesperson.

In a press release, McKain acknowledged ongoing issues at Shuman and said that there were talks about the state possibly taking over the facility. In the end, McKain recommended closing the facility, which has been plagued by a number of violations over the years, including many instances of children left unattended, mismanagement, and inappropriate use of force.

“At my recommendation, we are moving forward to close the facility. The licensing at the facility has been an ongoing issue,” said McKain. “Over the last six years, we have put additional resources into the facility, supported new leadership and efforts by the professionals running the center, and continued to work with the Courts and the state on alternatives. Yet, we continued to see violations that were only exacerbated during the pandemic with staffing challenges.”

According to the county, youths who are truant or have other minor offenses are not sent to Shuman. As of this morning, 20 juveniles were housed in Shuman. The average age of incarcerated youth in Shuman is 16, and youth currently in the facility range in age from 14-20. The average stay at Shuman is less than 12 days, so many of the juvenile will have been transferred elsewhere or released prior to the closure, according to a press release.

Incarcerated youth will be relocated to other facilities, according to officials. McKain said state Department of Human Services notified the press before there was adequate time to notify all the Shuman staff and leadership about the decision.

“Obviously, with the revocation of the license, these jobs have all been eliminated. We are working with unions to address the employee issues resulting from this mandated closure," said McKain.