You may have heard of Phillis Wheatley, the ex-slave who became a respected poet. Wheatley is just one of the poets (if among the earliest) represented in the anthology Black Nature: Four Centuries of African American Nature Poetry. Contemporary poets represented include Nikki Giovanni and Yusef Komunyakaa. Camille T. Dungy, who edited this 2009 volume, comes to the August Wilson Center for a reading, along with guest poets, as part of Pitt's Pittsburgh Contemporary Writers Series. Dungy also visits the Cathedral of Learning for a discussion Friday at 2 p.m. Lucy Steigerwald 7 p.m. 980 Liberty Ave., Downtown. Free.  412-624-6508 or www.pghwriterseries.wordpress.com

For its third annual SWAN Day event celebrating Pittsburgh's women artists, No Name Players goes all out. The troupe videotaped local women talking about what was important to them, and sent the DVD to area playwrights, visual artists, poets, choreographers and musicians. The original works thus inspired include four short plays (by the likes of Kim El and Tammy Ryan), dance by members of the August Wilson Dance Ensemble, poems, songs and more. It's all showcased tonight and tomorrow at the New Hazlett Theater -- our local contribution to the international holiday called Support Women Artists Now. BO 8 p.m. Also 8 p.m. Fri., March 25. 6 Allegheny Square East, North Side. $20-25. www.nonameplayers.org

She's on the job: Work in Progress is Pittsburgh-based photojournalist Annie O'Neill's exhibit of portraits of working people, exploring both their worlds and our perceptions of them. The 30 photographic portraits at Filmmakers Galleries include a set titled "50 Years of Service," with images of people with a half-century at the same job. (Yes, they're still out there.) And with her "Uniformity" series, O'Neill hopes to evoke a range of responses to the sight of those who suit up every day. O'Neill, formerly of the Pittsburgh Post-Gazette, is a two-time Pennsylvania Photographer of the Year. BO 6-8 p.m. Exhibit continues through April 17. 477 Melwood Ave., N. Oakland. Free. 412-681-5449 or www.pghfilmmakers.org 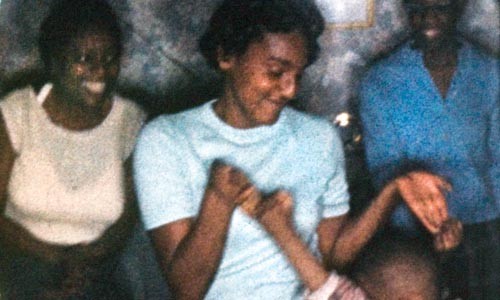 So home movies don't grab you? How about Alfred Hitchcock's home movies (from 1930)? Or footage by staffers of still-President Richard Nixon visiting Idaho Falls in 1971? Other highlights of the 16-film, 84-minute compilation Amateur Night: Home Movies from American Archives include: "Atom Bomb" (1953); animator Helen Hill's "Lower 9th Ward" (2005); and "Last Great Gathering of the Sioux Nation" (1934). Of local interest is "Butt Shakers," David H. Jarret's footage of a 1961 house party in the Hill District. Archivist Dwight Swanson, of the Center for Home Movies, visits The Andy Warhol Museum to present the 2010 work, which has sound (some original, some added) and is shown in a 35 mm print. BO 8 p.m. 117 Sandusky St., North Side. $10. 412-237-8300 or www.warhol.org

Spring is here, on the calendar and in the hearts of Pittsburghers. For those champing at the bit for some nature, and something out of their routine, Venture Outdoors offers an all-day hike in Raccoon Creek State Park. This advanced hike involves a briskly paced 10-mile hike over elevation-changing, sometimes rocky terrain. Your dog is welcome, as long as it's as fit as you had better be for this one. LS 10 a.m.-4:30 p.m. 3000 State Route 18, Hookstown. $8. 412-255-0564 or www.ventureoutdoors.com

Pittsburgh Opera world-premieres a new production of Puccini's 1926 masterpiece Turandot. Susan Neves sings the role of the riddling Asian princess prone to separating unsatisfactory suitors from their heads; Frank Porretta is the long-lost prince who eludes said fate. At the Benedum Center, Opera music director Anthony Walker conducts a production featuring design by celebrated French-Canadian team Renaud Doucet and Andre Barbe. The show even employs the original gongs Puccini had cast for the opera (which was his last). The singing is in Italian, with titles projected in English above the stage. BO 8 p.m. Also 7 p.m. Tue., March 29; 7 p.m. Fri., April 1; and 2 p.m. Sun., April 3. 719 Liberty Ave., Downtown. $10-195. 412-456-6666 or www.pittsburghopera.org

Jazz cellist and vocalist Akua Dixon reminds you that her instrument can swing as well as any violin. Over the years, this New Yorker and her various bands have played with Duke Ellington, Ray Charles and Lionel Hampton. Tonight at the Kelly-Strayhorn Theater, she's the headliner, along with her string quartet and local poet LaKeisha Wolf. The Color of Strings: A Celebration of Women honors Women's History Month. LS 8 p.m. 5941 Penn Ave., East Liberty, $20-25. 412-394-3353 or www.kelly-strayhorn.org

Scrap-metal salvage is big underground business in places like Chicago -- the way some folks make a living, even carve a path to the American dream. But what happens when the bottom falls out of the market? Scrappers is a new feature-length documentary focusing on two Chicago junk collectors, one of them an undocumented immigrant. Filmmakers Ben Kolak and Brian Ashby (minus co-director Courtney Prokopas) tour their critically hailed 2009 film-festival favorite to Garfield Artworks tonight. The evening also includes live music by Dean Cercone, Ivory Weeds, and Willow Seed. BO 8 p.m. 4931 Penn Ave., Garfield. $5. 412-361-2262