Its last space, on Ellsworth Avenue, closed in 2010, but Galerie Werner resurfaces with a certain panache. Owner and curator Melanie Werner's venue for antique European fine art now inhabits The Mansions on Fifth, a swank turn-of-the-century landmark in Shadyside. The grand reopening, featuring a preview of the collection, takes place this afternoon and into this evening. Werner herself offers tours at 2 and 6 p.m. Bill O'Driscoll Noon-8 p.m. 5105 Fifth Ave., Shadyside. Free. 412-716-1390 or www.galeriewerner.com

There is joy in never running out of LEGOs. Among other activities and attractions -- like 40 life-sized models made entirely of LEGO bricks, and building lessons from LEGO Master Builders -- the LEGO KidsFest national tour brings the aptly titled Big Brick Pile to the David Lawrence Convention Center this weekend. It's the festival's first visit to Pittsburgh. The biggest pile of loose LEGOs you'll ever see is perfect for your child -- and maybe yourself. Brendan Sullivan 4-9 p.m. Also Fri., Jun 18 and Sun., Jun 19. Downtown. $20 adults ($18 children) www.LEGOkidsfest.com

With Midnight Radio, Bricolage Theatre brings vintage radio serials to the stage -- often with a wink, always with the energy you'd expect when there are live music and sound effects, mini-gameshows and actors doing everything they imagine with their voices. The series' new season opens tonight with the Superhero Edition, with local professional actors as good guys and bad guys in radio plays like local writer Gab Cody's "Ultra Guy and the Jungle of Doom." Some new wrinkles for Midnight Radio: family-friendly matinees on June 18 and 25, and a June 24 midnight show that includes a costume party and contest. BO 9 p.m. Shows continue through June 25. 937 Liberty Ave., Downtown. $15-25. www.webbricolage.org

It's Friday. Rushing home can be tempting, but usually you end up sitting in traffic and resisting the urge to text. Instead, spend an hour with Venture Outdoors' Kayak Pittsburgh Happy Hour Paddle on the Allegheny, setting off from below the Sixth Street Bridge, on the North Side. Floating on the water can breathe the stress out of you, and reset your spine after a week at a computer. Afterward, there are drink specials and free appetizers near PNC Park. You'll even be home in time for Wheel of Fortune. BS 5:45 p.m. North Side. $20. www.kayakpittsburgh.org

Bill Vorn's installation at Wood Street Galleries is called Hysterical Machines. But are his seemingly spastic, multi-limbed robots truly hysterical, or just a little neurotic? And are they really responding to us, or are we simply anthropomorphizing? Perhaps Gia T. Cacalano can shed some light. The improv-dance specialist teams with electronic sound artist and musican Dave Bernabo, horn-player Hill Jordan and movement artist Beth Ratas for an improvised response to Vorn's creations in a special one-night performance. BO 8 p.m. 601 Wood St., Downtown. $10. www.woodstreeetgalleries.org

Very quickly -- like with its first couple monthly readings -- Speaking Of established itself as one of the city's top literary attractions. So much so that for tonight's fundraiser, the series moves to way-larger digs. The New Hazlett Theater hosts Speaking of … Noir!, an event playing off the recent Akashic Books anthology of local dark fiction. The show is more multi-genre than usual. There's written art from poets Terrance Hayes and visiting Cave Canem fellows Laura Yes Yes and Mahogany Brown; live music by Dreamjob; and dance from both Evolve Productions and Hannah Galvin and Randall Miller, the latter duo performing something they call "dubstepballetbreakdance fusion." BO 8 p.m. 6 Allegheny Square, North Side. $8-10. www.speakingofpittsburgh.com

The 48 Hour Film Project challenges teams of filmmakers worldwide to make their best short in a weekend. The Pittsburgh incarnation is July 8-10, but today you can join project producers Kahmeela Adams and Nina Gibbs for a meet-and-greet at Most Wanted Fine Art gallery to learn more or help assemble your team. It's all building up to the big production weekend -- and then the July 14 and 15 screenings before celebrity judges at Dormont's Hollywood Theater, and a shot at international competition. BO 1-4 p.m. 5015 Penn Ave., Garfield. www.48hourfilm.com/pittsburgh/

Bach, Beethoven and Brunch is back in Mellon Park. Today's guest artist, the Edgewood Symphony Orchestra, drops by to kick off the weekly Sunday-morning summer concert series, and attendees are encouraged to bring a picnic basket. There is even a "Best Brunch" contest during intermission; brunches are judged on "presentation, effort and food selection," and the neighboring Pittsburgh Center for the Arts awards prizes. Competition is expected to be fierce, and contestants are advised to bring their A game. BS 10:30 a.m. Beechwood Boulevard at Fifth Avenue, Point Breeze. Free. 412-255-2493 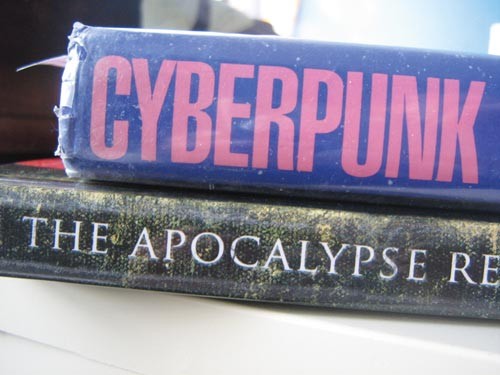 The Cyberpunk Apocalypse does just about everything: It's a writers' co-op, work space, residency program and an occasionally produced "open-source publication, all based in Lawrenceville. Today, founder Daniel McCloskey, who among other things describes himself as a "writer, illustrator, traveling poster salesman, and freelance parking attendant," along with long-term resident Artnoose -- a tattoo artist and letter-press zine publisher --brings the Apocalypse to the Carnegie Library Main Branch as part of the library's Sunday Poetry and Reading Series. They're even bringing along a few friends. BS 2 p.m. 4400 Forbes Ave., Oakland. Free. 412-622-3151 or www.carnegielibrary.org

Two decades after rising to fame, Boyz II Men remain by some measures the biggest-selling R&B act ever. Now something of a cultural institution, the group visits tonight for an evening with the Pittsburgh Symphony Orchestra. The PSO's eighth annual Community Partners Concert, with ticket sales benefiting a host of area nonprofits, opens with soloist Paul Laraia on viola and works by Dvorak, Liszt and Max Bruch. Then Nathan Morris, Shawn Stockman and Wanya Morris take the Heinz Hall stage with one of their larger backing bands ever. BO 7:30 p.m. 600 Penn Ave., Downtown. $25.75-95.75. 412-392-4900 or www.pittsburghsymphony.org