The LGBT festival Pride hits full stride this week with a host of ticketed and free events. Thu., June 10, marks the Splash! pool party at the home of Steven Herforth and Peter Karlovich (7 p.m.; 207 Bailey Ave., Mount Washington; $65-80). On Fri., June 11, hit the chauffeured Pub Crawl (8 p.m.–2 a.m.; various locations; $20-25) or, for those 18 and under, the Queer Teen Dance Party, with music, open mic and dancing at The Andy Warhol Museum (free; 9 p.m.-midnight). Saturday brings one of the biggest outdoor parties of the year: Pride in the Street. The party is hosted by Derek Hartley, of Sirius XM OutQ, and headlined by Deborah Cox, Canada's top R&B singer-songwriter. Opening for Cox is local electronic/organic pop band Luxe (7 p.m.; Liberty Avenue, Downtown; $20-25). While you're recovering on Sunday, there will be Yogay at the Point, a muscle-conditioning, flexibility and balance class (10 a.m.; free; Point State Park, Downtown). Capping the weekend is The Pride Awareness March, noon-1 p.m. Sun., June 13; it starts at Grant Street and Boulevard of the Allies and ends at Liberty Avenue and Sixth, where from 1-6 p.m. PrideFest will feature more free entertainment, vendors and carnival games. Local performers include Vanessa German, Aaron & Sonji, Angie Marie, Dreams of Hope, Knotdance, Chad D and various drag performers. And if your liver is still up for it, look for the Beer Garden, too ($20-25). Pride events continue through June 26. Lauren Daleywww.pittsburghpride.org

A band has to feel pretty secure to call its new album Confidence, and indie pop band Spouse has done just that -- rightfully so, too. Confidence has that instant likability of '90s radio rock, its guitar-lovin' kicks mellowed by a tinge of electronic fuzz that results in very listenable and hooky pop-rock. Not so surprising, since Spouse bandleader Jose Ayerve is also known for producing albums for The Winterpills and The Pernice Brothers. Spouse will play tonight at Lava Lounge with Stephen Tribou, Tangerine and The Baker Family. Kelsey Shea 9 p.m. 2204 E. Carson St., South Side. 412-431-5282 or www.lavaloungepgh.com

You may have heard of Justseeds, the national art cooperative that focuses on printmaking with a radical political bent. The group's "Celebrate People's History" posters are iconic. A recent move finds Justseeds' headquarters relocated to Pittsburgh, from a basement space in Portland, Ore. Tonight, Justseeds celebrates the opening of its space -- and the release of a new art/history book, Firebrands: Portraits From the Americas, by Shaun Slifer and Bec Young. Prints and books will be available for sale. Andy Mulkerin 6-10 p.m. 3410 Penn Ave., second floor (rear entrance), Lawrenceville. Justseeds.org

The Pittsburgh Symphony Orchestra performs Mahler's epic Symphony No. 3. According to Mahler, a symphony "must contain everything," and his third is among the world's longest. Clocking in at 90 minutes, the piece marks the season finale of the BNY Mellon Grand Classics series. Manfred Honeck directs; the featured vocalist is mezzo soprano Jane Irwin. The concert also includes the Mendelssohn Choir of Pittsburgh and the Children's Festival Chorus of Pittsburgh. Jenelle Pifer 8 p.m. Also 8 p.m. Sat., June 12, and 2:30 p.m. Sun., June 13. Heinz Hall, 600 Penn Ave., Downtown. $12.50-79. 412-392-4900 or www.pittsburghsymphony.org

Reading aloud is one way to start a conversation. As part of the August Wilson Center's weekly Summer Family Reading Series, Elizabeth Fitzgerald Howard reads her book Virgie Goes to School With Us Boys. Inspired by the experience of the author's great aunt, the book tells of an African-American girl fighting for her right to education in the South. An arts project follows to open dialogue between families (suitable for ages 4 and up). JP Noon. Also Sat., June 19, and Sat., June 26. 980 Liberty Ave., Downtown. Free. 412-258-2700 or www.augustwilsoncenter.org

Artists Image Resource, the North Side gallery that's also a community print workshop, holds its freewheeling annual party tonight. They're not kidding with this all-night affair. It features traveling musical/performance-art circus that is Uke and Tuba, the Shindiggaz and other live music; DJs Attila the Hunk and Thermos; food from the grill and drinks from the bar; hands-on fun with printing; and, oh, even a new exhibit featuring original art from Poland, New Zealand and Brazil. If you're not overstimulated, you're not paying attention. BO 4-11 p.m. 518 Foreland St., North Side. $5. 412-321-8664 or www.artistsimageresource.org 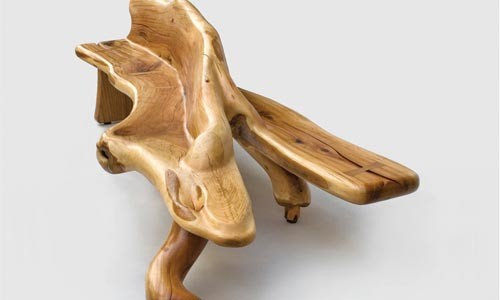 John Metzler took fallen trees and made art -- sculptures and functional art like furniture. And by all accounts, the Urban Tree Forge founder was a great guy. His mission was tragically cut short in May, when the 46-year-old Metzler was killed in a freak traffic accident. Tonight, join Fe Gallery for the opening of a John Fitzgerald Metzler Tribute Show. The event, featuring work by Metzler and those he inspired, is a fundraiser for Urban Tree Forge. BO 6-10 p.m. Show continues through July 3. 4102 Butler St., Lawrenceville. Free. 412-860-6028

It's Saturday night. You're going to a rock show anyway. Why not make it the one that benefits Community Human Services, a nonprofit that helps the homeless in Pittsburgh? Rock the Streets happens tonight at Shadow Lounge. Local electro-pop up-and-comers Big Hurry are on the bill, along with stalwarts School of Athens and The Jim Dandies and Paul Luc. Additionally, next door at AVA, AcoustiCafe offers sets from locals Ben Hardt, Caleb Lovely and Truth in Advertising. AM 8 p.m. 5972 Baum Blvd., East Liberty. $15 ($12 with non-perishable food item). 412-363-8277 or rockthestreets.net

Irish folk duo Guggenheim Grotto is all over the musical board. They kind of sound like Sting or early Genesis if The National's Matt Berninger took over the mic. But from lots of influences, they've found their own niche. Guggenheim's lead singer, Kevin May, sings mellow and straightforward lyrics in his deep, contemplative voice, while Mick Lynch backs him up with intricate acoustic guitar parts, subtle vocals and even the occasional ukulele. Guggenheim Grotto opens for Patty Griffin tonight, on the last day of the Three Rivers Arts Festival. KS 6 p.m. Point State Park. All ages. Free. 412-281-8723 or www.artsfestival.net

Some know Joy Toujours as the proprietor of Belvedere's; tonight, he shines as leader of Joy Toujours and the Toys du Jour, a gritty, old-timey band in which he sings and plays ukulele. The Toys -- percussionists, a saxophonist, mandolin player and more -- create a charmingly loose cacophony behind the short ditties Toujours delivers. Tonight's CD release, at the New Hazlett Theater, is more than a concert. Dancers, jugglers and all manner of improv performers will accompany the band in a carnivalesque atmosphere. Brass ensemble Good Game Good Game Good Game Good Game Good Game open. AM 7 p.m. 6 Allegheny Square, North Side. $8 includes CD; kids under 12 free. 412-320-4610

The title of Dawes' 2009 album, North Hills, refers to the band's California hometown, but for a night we can pretend that it's talking about the northern part of Allegheny County: The band appears this evening at Hartwood Acres. The four-piece rock group, which got some buzz from Rolling Stone for North Hills, has a harmony-laden Americana sound well suited to the park setting; picnic basket suggested but not required. AM 7:30 p.m. Middle Road, Indiana Township. 412-767-9200 or alleghenycounty.us

Now through Labor Day, six Pittsburgh museums are among more than 750 nationally offering free admission to active-duty military, National Guard and Reserve members. In appreciation of their service, military personnel and up to five immediate family members get free access to the August Wilson Center for African American Culture; the Carnegie Museums of Art and National History; the Children's Museum of Pittsburgh; The Andy Warhol Museum; and the Frick Art and Historical Center. The Blue Star Museums program is organized by the National Endowment for the Arts and Blue Star Families. JP Continues through Sept. 6. www.bluestarfam.org 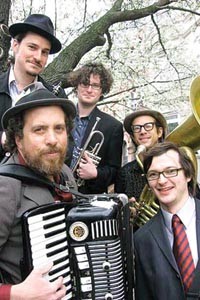 With Gogol Bordello's new album produced by Rick Rubin, and Eugene Hütz's mug plastered everywhere, you've probably heard of "gypsy punk" by now. But plenty of more traditional Eastern European music will also get you on your feet, like the dance music and instrumental melodies from northern Greece and the southern Balkans played by Raya Brass Band. Expect horns, clarinet, sax and accordion, and the ubiquitous big drum. Raya plays Howlers Coyote Café (perhaps even in the middle of the floor) tonight, in a show presented by CP contributor Manny Theiner, with local guest Ishtar. AJ 9 p.m. 4509 Liberty Ave., Bloomfield. $8 ($10 at the door). 412-682-0320 or www.howlerscoyotecafe.com