Harland Williams is probably best known as the droopy-looking pothead in Half-Baked, or the murderous hitchhiker with the idea for seven-minute abs in There's Something About Mary. As a standup comic, however, he's known for odd observations about completely disconnected subjects. Performing a blend of standup and sketch comedy in six shows at the Improv starting tonight, the Toronto native intersperses mouth-made sound effects with his inexplicable Canadian-Southern-stoner drawl as he seamlessly moves from airport security to Wookies. Lucy Leitner 8 p.m. Continues through Sun., Jan. 10. 166 East Bridge St., Waterfront. $20-22. 412-462-5233 or www.Improv2.com 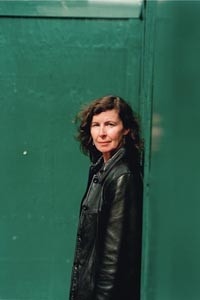 Since 2001, the founders of the Gist Street Reading Series have promised a fun and unpretentious evening of literature and poetry by local and national writers, along with raffles and homemade bread. Tonight's installment of the monthly series features novelist Margot Livesey and emerging poet Kathleen Sheeder Bonanno, who just published a book of poems about her daughter's murder. Livesey's recent The House on Fortune Street, a complex tale of a London therapist's relationships, is also a bit of an homage to classic authors, such as Lewis Carroll, and won her the L.L. Winship/PEN New England Award. LL 8 p.m. (doors at 7:15 p.m.). James Simon's sculpture studio, 305 Gist St., Uptown. $10. sdflick@gmail.com or www.giststreet.org

Eddie Ifft is arguably the most successful current stand-up comedian to come out of Pittsburgh. The Fox Chapel Area High and Pitt grad does all the TV shows, and tours internationally. His passport's been stamped in the U.K., South Africa, China and the United Arab Emirates; he's sold out the Sydney Opera House. He's even made a feature-length documentary about perceptions of his countrymen abroad, titled America the Punchline. Ifft makes one of his return visits tonight, for one show only at the Rex Theatre. BO 8 p.m. 1602 E. Carson St., South Side. $17-20. 412-381-6811 or www.eddieifft.com

Those for whom Pittsburgh is not quite far enough north can visit our neighbors at Jennings Environmental Education Center's Winter Trails Day. Jennings, part of the state park system, loans snowshoes free of charge to visitors Mondays through Saturdays, all season long, as long as there are at least four inches of snow on the ground. And there are free classes every snowy Saturday at 1 p.m. Today's special program includes two snowshoeing sessions for beginners, one in the morning and one in the afternoon, each including a winter activity hike. Equipment is provided, and so are crafts and other activities for kids under 8 years old. BO 10 a.m. to noon; also 1-3 p.m. 2951 Prospect Road, Slippery Rock. 724-794-6011 or jenningssp@state.pa.us

In the latest of Pittsburgh Opera's free Brown Bag lunchtime concerts, resident Opera artists perform works by 20th-century composer Benjamin Britten, including arias from its upcoming production of The Rape of Lucretia. The chamber opera is Britten's rendition of the tragic events that led to revolution in ancient Rome. Hopefully, the violence sung about in this 1946 work won't put you off lunch at the Opera's headquarters, which you can bring yourself or pre-order from nearby Right by Nature market. LL Noon. Pittsburgh Opera, 2425 Liberty Ave., Strip District. Free. 412-281-0912 or PittsburghOpera.org

Even if your new year didn't open with a bang, you can follow up with a boom at today's first annual New Year's Rhythm Revival. The program includes two interactive drumming workshops open to anyone over 6, regardless of drumming experience. The instruments (which are provided) are the African hand-drums called djembes, though instructor Jim Donovan offers rhythms, songs and techniques from Brazil and the Caribbean, too. An evening "Yoga of Drum and Chant" workshop, meanwhile, continues the program's self-improvement theme. Both sessions take place at the South Side's Schoolhouse Yoga. Donovan is a founding member of Rusted Root. Pre-registration is encouraged. BO 3:30-6 p.m. and 7-9 p.m. 2737 E. Carson St., South Side. One workshop: $35-45. Both workshops: $65-80. 412-401-4444 or www.JimDonovanDrums.com

For some musicians, starting a roots or Americana band seems mainly an excuse to affect an old-timey accent or beard or whatever, and to flail at a banjo instead of playing it. On record, Boulder Acoustic Society seems to offer a little more finesse -- whether pickin' on the slinky "Slip Baby Slip" or strumming out the rabble-rousing "Give it All Away." The band hails from -- you guessed it -- Boulder, Colo.; the weekly rag there describes BAS as "fun and serious in all the right places," and "weird, but not in a 'look at how weird I am' way." Which bodes well for tonight's show here in Pittsburgh -- a city that could be similarly described. The show is co-presented by the Calliope Folk Music Society and frequent CP contributor Manny Theiner. Aaron Jentzen 8 p.m. Istanbul, 4130 Butler St., Lawrenceville. $10 ($12 at the door). 412-683-1623

Though he made his bones in the mid-1990s as frontman of Boston's Push Stars, Chris Trapper has long been equally comfortable -- and capable -- on his own. In 2002, with plenty of miles and music still to come from the Push Stars, Trapper put out his first solo album of power-pop storytelling. Since then, he's released several more (including a Christmas album), and his music has appeared in an impressive array of film and TV shows. Trapper plays an intimate show tonight at the Thunderbird Café, with guest Tom Panei. AJ 8 p.m. 4023 Butler St., Lawrenceville. $10 ($12 day of show). 412-682-0177 or www.thunderbirdcafe.net

When popular culture is the subject, everybody's an expert (or thinks so). So we're sure the panelists at tonight's CityLive! discussion Pop Goes the Culture won't get the last word. Still, listen to Pablo Garcia (of the Carnegie Mellon Architecture department); recording-studio owner Emmai Alaquiva (Ya Momz House); and Kathy Savitt (of entertainment-survey Web site Lockerz) say their piece about how pop culture affects Pittsburgh, then say yours. Your moderator at the New Hazlett Theater is Post-Gazette editorial cartoonist Rob Rogers. BO 6:30 p.m. Allegheny Square East, North Side. Free. RSVP at 412-320-4610 or www.newhazletttheater.org

If the felt-skinned amphibian who sang "It's Not Easy Being Green" isn't here, it's because the latest incarnation of Sesame Street Live intends to show that going greener is an everyday thing. Elmo's Green Thumb finds the fuzzy red guy looking to replant his fast-growing sunflower -- and then getting accidentally shrunk, which proves a fine way to explore Big Bird's garden. And while there's no Kermit, there's still Cookie Monster, Oscar, Bert, Ernie and other favorites, plus dancing lady bugs and plenty of songs. It's all for nine shows at Mellon Arena, starting tonight. BO 7 p.m. Continues through Sun., Jan. 17. Downtown. $12-75. 412-642-1800 or www.sesamestreetlive.com

In the wake of its Hitler Youth exhibit, the American Jewish Museum explores anguish of a different sort: living with mental illness. Carnegie Mellon professor and documentary photographer Charlee Brodsky's I Thought I Could Fly is a series of black-and-white photographs and personal narratives assembled to remove the stigma attached to mental illness. The series has also been published in a book; the exhibit features a 13-minute documentary including five interviews with people whose vignettes already accompany the metaphorical images on the walls. A reception and discussion are tonight. LL  7-9 p.m. 5738 Forbes Ave., Squirrel Hill. Free. 412-521-8010 or www.jccpgh.org