The Battle of Homestead takes the stage; The Moth in Pittsburgh; new public art in Homewood; novelist Nicole Krauss

The Battle of Homestead was a pivotal episode in U.S. labor history, but not everyone knows the story. Until recently, you could have counted among that number Mark Clayton Southers, who spent 18 years as a steel-mill worker before becoming a full-time theater artist, but learned of the tragic struggle only after the Battle of Homestead Foundation commissioned him to write a play marking its 125th anniversary. The Homestead Strike of 1892 tells what happened when industrialist Henry Clay Frick and Andrew Carnegie hired an armed security force called the Pinkertons to face thousands of locked-out steelworkers and townspeople. The result, in the era before workers’ right to organize unions was recognized, was 16 deaths and decades of depressed wages and longer hours. The evening-length one-act play receives six performances Sept. 15-23 at Homestead’s historic Pump House, site of the battle’s fiercest fighting.

The play is structured in 50 fast-paced scenes; Southers says he strove for historical accuracy. “It deserves to be told in a way that people understand the totality of what happened,” he says. “It’s a humongous story.” He adds that while his own experience laboring at U.S. Steel’s Edgar Thompson Works and Irvin Works informed his writing, the historical research affected him, too. “It made me more prideful of what I’ve done” as a mill worker, he says. “I was part of a legacy, part of a heritage. There were people who died to give me those opportunities.”

The Tough Art exhibit at the Children’s Museum of Pittsburgh marks its 11th year, featuring original, interactive artwork for the little ones to get their hands on. They can build a nest for a mythical creature that resides within the museum; hear and feel a coral reef; orchestrate booming sounds from tiny metal beads; or create a digital Etch-a-Sketch with a partner. Featured artists include Arvid Tomayko and Hannah Gene Thompson, Megan Flod Johnson, Shohei Katayama and Robert Zacharias. Amanda Reed 10 a.m.-5 p.m. Continues through January. 10 Children’s Way, North Side. $13-16. 412-322-5058 or www.pittsburghkids.org

“My wife / is pulling / spots / into our boat / faster than / I can bait lines / her rod bends / over and over again / in the shallow water / a quick glimmer / in the tide’s circle / and these fish / want us / to eat them / in pancake batter / per the local custom / not like / some stranger.” John Stupp might well be Pittsburgh’s poet laureate of fishing. Join Stupp tonight at White Whale Bookstore for the launch of his third collection, Pawley’s Island (Finishing Line Press), whose other topics include jazz and the American West. Other poets reading include Jan Beatty and Michael Wurster. BO 7 p.m. 4754 Liberty Ave., Bloomfield. Free. whitewhalebookstore.com

ScareHouse, ranked by the Travel Channel as one of America’s best haunted houses, returns tonight — now “with up to 30 percent more murder clowns.” There’s a fright for everyone: Explore the notorious Basement for an upclose experience, or the new Sunset Lodge, where guests can check into a hotel full of serial killers. “Turn Out the Lights,” which ended in 2014, returns Nov. 3 and 4, with a single glow stick as your group’s only light source. AR 7-11:30 p.m. Continues on select dates through Oct. 29. 118 Locust St., Etna. $15.99-46.99. 412-781-5885 or www.scarehouse.com

Homewood gets some new public art starting today thanks to a project curated by artist Alisha B. Wormsley for the Carnegie Museum of Art. The People Are the Light is a series of installations and workshops with 12 artist-collaborators. It starts today with food, music by Tracksploitation, and other activities celebrating two month-long installations: Houston-based Robert Hodge’s The Beauty Box, which re-animates an old-school fruit stand on North Homewood Avenue, and Pittsburgh-based Ricardo Robinson’s Morrow’s Hush, a sound installation with its own private listening chamber, on Frankstown Avenue. The installations will be open 10 a.m.-4 p.m. Wednesdays, Saturdays and Sundays. A series of additional performances, installations and events through the neighborhood follows through Oct. 15. BO Opening activities: 2-4 p.m. 617 N. Homewood Ave., and 7240 Frankstown Ave., Homewood. Free. www.cmoa.org

Presented by Pittsburgh Arts & Lectures, Dav Pilkey, author of the Captain Underpants series and The Paperboy, a 1997 Caldecott Honor Book, brings his silliness to the Carnegie Library Lecture Hall for a live drawing demo and signing of his newest graphic novel for children, Dog Man: A Tale of Two Kitties. The event includes prizes, giveaways, and photo ops with Captain Underpants and Dog Man. Books will be available for purchase before and after the lecture. AR 2:30 p.m. 4400 Forbes Ave., Oakland. $11. 412-622-8866 or www.pittsburghlectures.org. 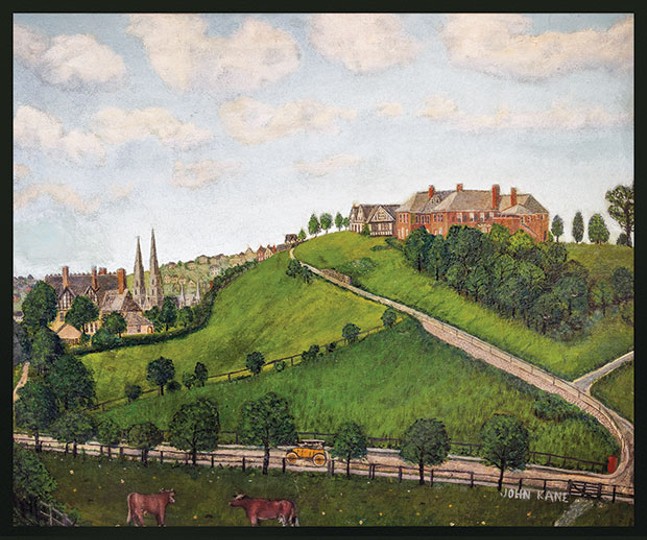 How’s this for synchronicity: Robert Qualters was born the year John Kane died. That two of Pittsburgh’s most iconic painters should share a year (1934) this way is only the icing on KANE/QUALTERS: MY PITTSBURGH. The Carlow University Art Gallery exhibit is the first to explore the two men’s works together. Kane, a Scottish immigrant and manual laborer, became a pioneering outsider artist — and a big influence on Qualters, whose public murals and other scenes of Pittsburgh represent the city to itself. Qualters speaks at the gallery today. BO 4 p.m. Exhibit continues through Nov. 10. 3333 Fifth Ave., Oakland. www.carlow.edu 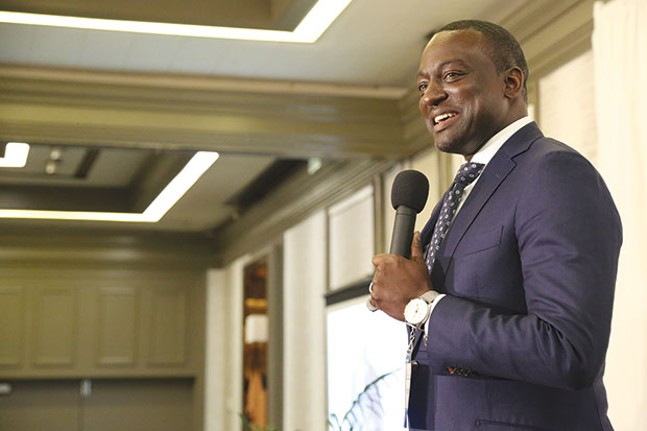 Point Park University launches its Talk Back Series with a special dual appearance by Jasiri X and Yusef Salaam. Jasiri X, the founder of 1Hood Media, is a nationally recognized, Pittsburgh-based hip-hop artist and activist; Salaam is one of the Central Park Five, a group of African-American and Latino youths wrongly convicted of a rape and assault in 1990. Salaam spent 12 years in prison; after the Five’s convictions were vacated, in 2002, he became a widely sought public speaker on criminal-justice issues. The pair speaks at the Pittsburgh Playhouse tonight; discussion follows. BO 7:30 p.m. 222 Craft Ave., Oakland. $50 (50 percent off with promo code “JASIRI”). www.pittsburghplayhouse.com 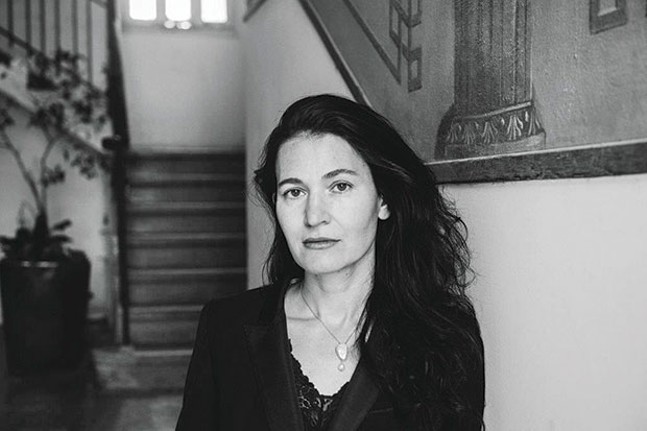 Nicole Krauss — called “one of America’s most important novelists” by The New York Times — reads from her new work, Forest Dark, at Carnegie Lecture Hall courtesy of Pittsburgh Arts & Lectures. It’s the story of Jules Epstein, a retired New York philanthropist who disappears to Israel, and Nicole, an American novelist suffering from writer’s block. Both are on a journey of self-discovery at the Tel Aviv Hilton. After a reading and conversation with former WESA host Josh Raulerson, the author will take audience questions. AR 7 p.m. 4400 Forbes Ave., Oakland. $33 (includes hardcover copy of Forest Dark; students: $10 without book). 412-622-8866 or www.pittsburghlectures.org