Making connections is the underlying mission of the Kelly-Strayhorn Theater's newest artist program, Fresh Works. The month-long residency gives Pittsburgh-based dancemakers 80 hours of studio time to create works that collaborate across artistic genres, culminating in a works-in-progress public showing. For Fresh Works' inaugural showing, on Fri., Nov. 1, at The Alloy Studios, dancers/choreographers Maree ReMalia and Jil Stifel and visual artist Blaine Siegel present excerpts from works developed during their residencies. Ohio transplant ReMalia and her project-based merrygogo dance troupe present a 30-minute excerpt from "The Ubiquitous Mass of Us" (working title), set to a soundscape by musician David Bernabo. Nine dancers including ReMalia and Stifel will perform the contemporary-dance work that examines, says ReMalia, "internal and external spatial divisions and the way we take up space, both seen and unseen." In Siegel's "Objects for Dance," husband-and-wife pair Siegel and Stifel, along with ReMalia, offer a 20-minute excerpt of their hybrid art/dance collaboration inspired by and using woven-rope sculptures created by Siegel. The Stifel-choreographed movement for the work (performed in silence) looks at the way she and ReMalia are drawn to move with Siegel's sculptures. "We try to perform the art," says Stifel (pictured). "How can my body and my dancer's mind animate physical objects?" Steve Sucato 8 p.m., Fri., Nov. 1. The Alloy Studios, 5530 Penn Ave., Friendship. $10. 412-363-3000 or www.kelly-strayhorn.org 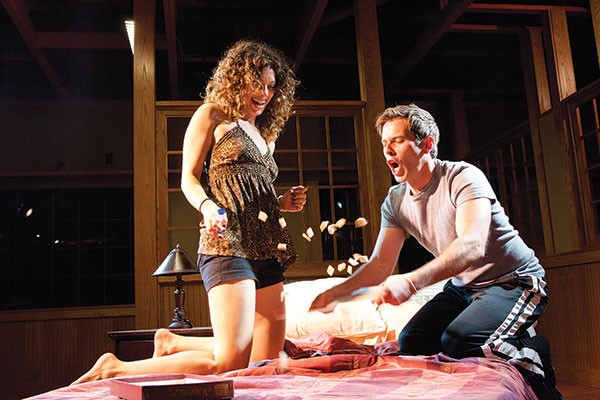 Few playwrights are hotter than Jez Butterworth. The Broadway production of the British playwright's latest, Jerusalem, won a Tony, and 2008's Parlour Song was a critically acclaimed Olivier Award-winner. Quantum Theatre has the regional premiere of Parlour Song, a dark comedy about two married suburban guys — a demolitions expert and a car-wash operator — and one of their wives. Martin Giles directs a cast including internationally credited Brendan McMahon; recent Pittsburgh transplant Cameron Knight; and Pittsburgh native Sarah Silk. The show's staged in a former chain-restaurant space in The Waterfront. The first performance is tonight. Bill O'Driscoll 8 p.m. Continues through Nov. 24. 201 W. Waterfront Drive, Homestead (across from the AMC Loews theater). $18-49. 412-362-1713 or www.quantumtheatre.com 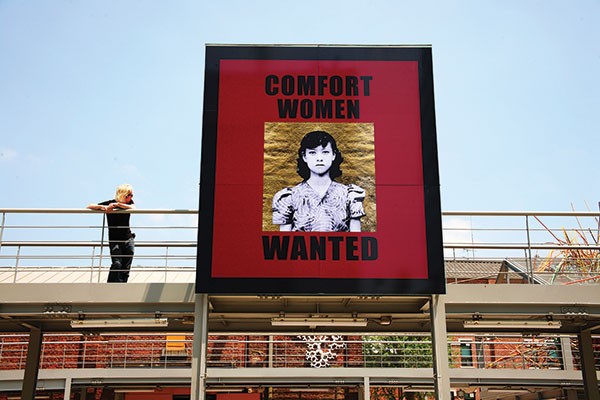 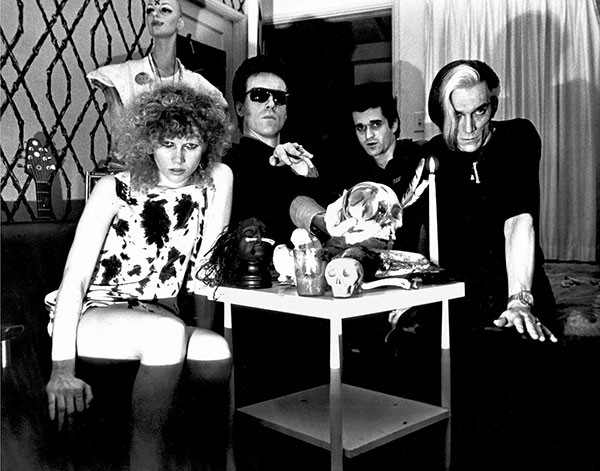 That photo of a seminal punk rocker like Stiv Bators or Darby Crash — or even an iconic early Joan Jett photo — might well be by Theresa Kereakes. In the 1970s, Kereakes dove into the Los Angeles punk scene, made friends and started shooting; her behind-the-scenes images have been widely exhibited and published. Sadly, many of her subjects are gone. But Kereakes herself offers prints of the dearly departed in Punk Rock Day of the Dead, part of Get Hip Recordings' Get Hip-Get Art series. All the photos in this two-night, pop-up-style show are for sale, as are a Kereakes-designed T-shirt and poster. BO 6-9 p.m. Also 6-9 p.m. Sat., Nov. 2. 1800 Columbus Ave., North Side. Free. 412-231-4766 x11 or www.gethip.com

'Tis the season for spooky shows, and Prime Stage Theatre offers a sure-to-be haunting adaptation of literary classic Turn of the Screw. A governess is brought to an old English manor house to care for two children by an uncle who could care less about them, but strange things start to occur. Are ghosts to blame? Joe Warik directs Jeffrey Hatcher's adaptation of Henry James' novella; the cast includes George Saulnier in multiple roles and Lissa Brennan as the governess. Tonight is the first performance. Brett Wilson 8 p.m. Continues through Nov. 10. New Hazlett Theater, 6 Allegheny Square East, North Side. $10-30. 724-773-0700 or www.primestage.com

A landmark of modern cinema screens at the Regent Square Theater this weekend in a new restored 35 mm print. In 1959's L'avventura, by the great Michelangelo Antonioni, a young woman disappears on a cruise to a deserted island; her lover and her best friend begin searching, but gradually become more interested in each other. With its widescreen, deep-focus cinematography and real-time sequences, this study of alienation and displacement in society drew jeers at Cannes. But the film — the first in a trilogy including La notte and L'eclisse — shortly got its due. BO 8 p.m. Also 5 and 8 p.m. Sat., Nov. 2, and 8 p.m. Sun., Nov. 3. 1035 S. Braddock Ave., Edgewood. $9. 412-682-4111 or www.pfm.pittsburgharts.org

The three-day Pittsburgh Bellydance Festival hosts dancers from across the country. The lectures and workshops culminate in the competition called Belly Off in the Burgh, and two evening performances. The competition includes dancers of all ages and skill levels, and divisions for live and recorded music. Tonight's the Pittsburgh Belly Off Gala Show; tomorrow's the Grand Finale. All festival events are at Bloomfield's Pittsburgh Dance Center. BO Gala Show: 7 p.m. Grand Finale: 7:30 p.m. Sun., Nov. 3. $10-15. 4765 Liberty Ave., Bloomfield. www.pghbellydancefestival.com

Hustlebot started out as a live concern, for years performing its long-form improv at local venues. Then the four-member troupe — David Fedor, John Feightner, Larry Phillis and Joe Wichryk — turned its focus toward video, the latest project being the 10-part web series Stoners With a Time Machine, currently in pre-production. Tonight, for one night only, Hustlebot is back on stage (with some video) at Arcade Comedy Theater. Catch them before they get too far with that time machine. BO 8 p.m. 811 Liberty Ave., Downtown. $5-10. www.hustlebot.com 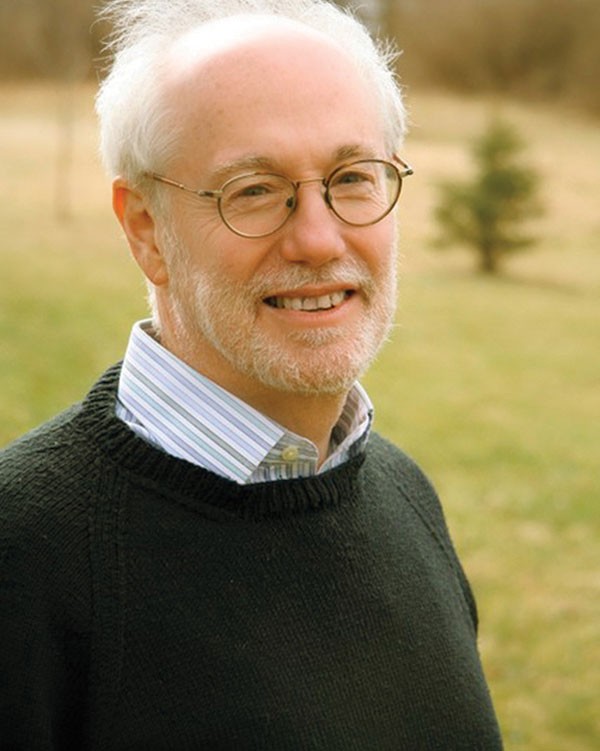 Just in time for the 50th anniversary of the assassination of John F. Kennedy, David Nasaw, author of The Patriarch — a biography of JFK's father — speaks at Pittsburgh Arts & Lectures' Monday Night Lecture Series. Joseph P. Kennedy was a successful banker who, after his own political ambitions failed, pushed his sons into the game. The New York Times named The Patriarch one of its top five books of 2012. Nasaw also wrote a biography of Andrew Carnegie that was a 2007 finalist for the Pulitzer Prize for biography. BW 7:30 p.m. Carnegie Music Hall, 4400 Forbes Ave., Oakland. $15-40. 412-622-8866 or www.pittsburghlectures.org 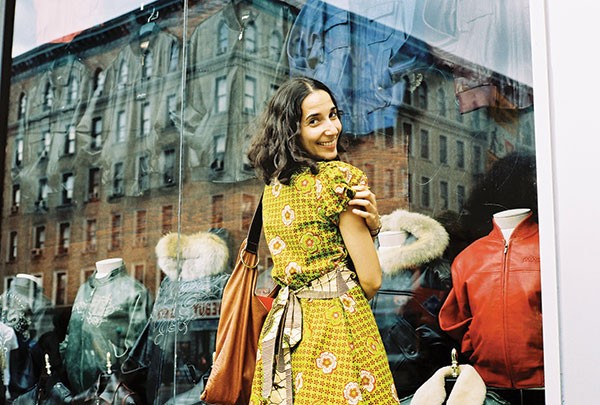 Emily Raboteau burst on the scene with her critically acclaimed debut novel, The Professor's Daughter (2005). This year, she published the even more widely lauded Searching for Zion: The Quest for Home in the African Diaspora (Atlantic Monthly Press), a nonfiction work about black Zionists and their global search for a homeland. Now, the New York City-based author is working on a novel about a shipbuilder and his autistic son. But tonight, she reads at the Frick Fine Arts Auditorium courtesy of the Pittsburgh Contemporary Writers Series. BO 8:30 p.m. 650 Schenley Drive, Oakland. Free. 412-624-6508 or www.pghwriterseries.wordpress.com