At a 2009 screening of Night of the Living Dead at Beaver County's Lincoln Park Performing Arts Center, Bill Hinzmann, who played "cemetery zombie" in the 1968 horror classic, suggested it might make a good stage musical. No, said the Center's then-managing director, Stephen Catanzarite; it would make a good opera. This week, the full-length opera of George Romero's landmark film world-premieres in the town where the film was shot, courtesy of Microscopic Opera Company. But the Kelly-Strayhorn Theater won't be hosting the jokey take you might expect. Instead, the opera is about honoring the original — "to have this piece of iconic art live on in yet one more medium," says local composer Todd Goodman, who worked with libretto-writer Catanzarite. And while the opera's zombies do sing to Goodman's modern, minimalist-influenced score — in a Chorus of the Undead — this NOLD is really about the relationships between the people trapped in that house. (Pictured are singers Michael Dailey and Shannon Kessler.) "It's definitely not campy," says Microscopic co-artistic director Erica Olden. "It's really examining those more human elements." And while the show lacks major gore, Goodman says that it did satisfy some zombie fans who attended a workshop performance in July, at New York City's Center for Contemporary Opera. "We hate opera," Goodman says they told him, "but this was absolutely fantastic." Bill O'Driscoll Thu., Oct. 31, through Sun., Nov. 3. 5941 Penn Ave., East Liberty. $15-40. www.microscopicopera.org

Hard to believe a play by a Pulitzer-winner would take 17 years to be produced here — but Suzan-Lori Parks' work is seldom easy to stage, or to digest. Venus is the OBIE-winning 1996 work by Parks (later Pulitzered for Top Dog/Underdog). The play's about Sartije "Sarah" Baartman, the South African woman who two centuries ago found herself in London, exhibited as a freak called "the Hottentot Venus." The University of Pittsburgh Stages' Pittsburgh-premiere production stars local favorite Bria Walker and is directed by Cynthia Croot (who once toured the play in South Africa). The first performance is tonight. BO 8 p.m. Continues through Nov. 10. Studio Theatre (Cathedral of Learning), 4200 Fifth Ave., Oakland. 412-624-7529 or www.play.pitt.edu

Faced with an oppressive king, the lower classes head for the hills to party; the king fights back. The God That Comes is an original, one-man rock 'n' roll cabaret starring acclaimed Canadian indie rocker Hawksley Workman. Workman and director Christian Barry, who based the show on Euripides' The Bacchae, call it "a concept album for the stage"; The Toronto Star hailed its "slashing, sardonic wit." The U.S. premiere of The God That Comes, late night at the Cabaret at Theater Square, is part the Pittsburgh International Festival of Firsts. Two more performances follow tonight's opener. BO 10 p.m. 655 Penn Ave., Downtown. $25. 412-456-666 or www.pifof.org

A sleepover at the Carnegie Science Center is a rite of passage for any Pittsburgh kid. Tonight, enjoy a Halloween-themed sleepover during the Spooky Science Sleepover. The event will focus on the fun science of Halloween — for instance, how to get your hair to stand on end without the bother of being scared first. The evening includes admission to an Omnimax movie, a planetarium show and a continental breakfast when the sun (hopefully) comes back. Brett Wilson 6 p.m. 1 Allegheny Ave., North Side. $35. 412-237-3400 or www.carnegiesciencecenter.org

If you prefer your vampires on the unsettling side, look no further than Werner Herzog's 1979 Nosferatu the Vampyre. This work is decidedly creepy, dominated by Klaus Kinski's virtuoso performance as the tortured undead nobleman. This version, screening through Sunday at Regent Square Theater, is in the original German, with English subtitles. Or, make it a vampire weekend, and also catch F.W. Murnau's 1922 Nosferatu, screening at the Oaks and starring the even freakier actor Max Schreck. Al Hoff Nosferatu the Vampyre (1035 S. Braddock Ave., Edgewood. 412-682-4111 or www.pghfilmmakers.org). Nosferatu (7 p.m. Sun., Oct. 27. 310 Allegheny River Blvd., Oakmont. 412-828-6311 or www.theoakstheater.com) 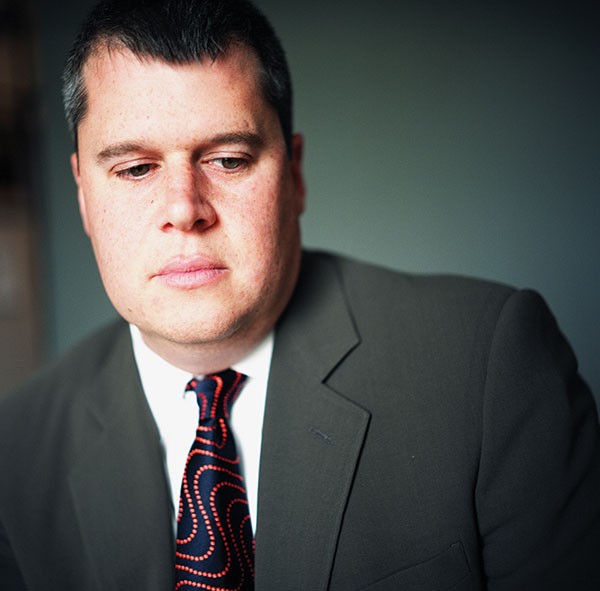 Lemony Snicket is coming to Pittsburgh. Well, sort of. "Lemony Snicket" is the pseudonym of writer Daniel Handler, who will be appearing at the Pittsburgh Arts and Lectures Kids and Teens series, discussing Snicket's new book, When Did You See Her Last? The book — the second in a four-part prequel to the popular A Series of Unfortunate Events — tracks the adventures of 12-year-old Snicket as he begins an apprenticeship in a secret organization. There will also be a Q&A, music by The Armadillos, snacks and likely an amusing mystery or two. BW 7 p.m. Carnegie Lecture Hall, 4400 Forbes Ave., Oakland. $15-25. 412-622-8866 or www.pittsburghlectures.org

In celebration of the spook-filled weekend, the Bach Choir of Pittsburgh presents "Monster Mass," a word play on the seasonal favorite "Monster Mash." The show, which also kicks off the choir's 79th concert season, features Anton Bruckner's "Mass in E Minor" (with a double chorus and accompaniment from the Carnegie Mellon Wind Ensemble) and an a cappella performance of William Byrd's "Mass for Four Voices in G Minor." If anything is haunting, it will be the music. BW 8 p.m. Also 4 p.m. Sun., Oct. 27.St. Agnes Center, Carlow University, 3333 Fifth Ave., Oakland. $10-30. 888-718-4235 or www.BachChoirPittsburgh.org