For her latest work, The Gaslight …Who killed Mr. Volney Davis?, dancer/choreographer Kaylin Horgan uses the concept of “gaslighting” – a manipulation of someone by psychological means into questioning their own sanity – and applies it to a murder mystery. The hour-long multimedia dance-theater piece at Point Breeze’s The Space Upstairs was created in collaboration with London-based writer Jazmine Reynolds. The action is set in a St. Louis tavern in the 1940s. Horgan, a Point Park grad and a founding member of The Pillow Project now living in Chicago, says The Space Upstairs will be transformed into a working tavern, and audience members will be patrons observing and interacting with a cast of five colorful characters including workaholic waitress Phyllis and barfly Martha. Danced to original music by singer/songwriter Grace Wong, the piece uses dialogue by the performers and contemporary dance movement to tell its story, and plays out like an immersive game of Clue. Questions will be asked, motives uncovered, accusations made, and the characters will gaslight one another and the audience in an effort to disguise who really killed Mr. Volney Davis. Steve Sucato 8 p.m., Sat., Oct. 22. The Space Upstairs, 214 N. Lexington St., Point Breeze. $10 donation at the door. www.thespaceupstairs.org

In her 2015 book Eye of the Beholder, Laura J. Snyder explored how Johannes Vermeer and scientist Antoni van Leeuwenhoek changed the way we see the world. Tonight, the historian, philosopher and storyteller gives a TED-style talk about the connections between the natural sciences, philosophy, arts and letters as part of the University of Pittsburgh’s Year of the Humanities in the University. Bill O’Driscoll 6 p.m. Carnegie Museum of Art theater, 4400 Forbes Ave., Oakland. Free 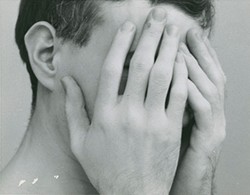 Around age 30, Andy Warhol started going bald. How this affected his artwork is just one facet of Andy Warhol: My Perfect Body, a new exhibit at The Andy Warhol Museum and “the first comprehensive look at Andy Warhol’s engagement with the body.” The more than 200 artworks, many never shown during his lifetime, range from student drawings from 1940s Pittsburgh to paintings from the 1980s. “This exhibition reveals how the body in Warhol’s work becomes a subject for trauma, torment, shame, desire, transformation and manipulation,” says the Warhol’s Jessica Beck, who curated the show, which opens today. BO 10 a.m.-10 p.m. 117 Sandusky St., North Side. $10-20 (half-price after 5 p.m.). 412-237-8300 or www.warhol.org

It’s a classic literary property made new, in a new setting that harks to the past. Starting tonight, Steel City Shakespeare Center offers seven performances of Marsha Mayhak’s stage adaptation of Pride & Prejudice at Heathside Cottage, a 19th-century home and events venue in Fineview. The troupe specializes in fast-paced, small-scale productions of classics in nontraditional spaces; in this one, directed by Alan Irvine, you follow Jane Austen’s five Bennett sisters and that dashing Mr. Darcy throughout the Cottage. BO 7 p.m. Continues through Oct. 30. 416 Catoma St., Fineview. $15 suggested donation (Fineview residents: $10 suggested donation). www.steelcityshakespeare.weebly.com

The multitalented Louis C.K. — director, writer, star and sometimes even editor of his FX series Louie — visits Pittsburgh as part of his current national tour. In 2015, he became the first comedian to sell out Madison Square Garden three times in one tour. His direct-to-consumer model of selling tickets, standup specials and the only season of his latest series, Horace and Pete have all influenced how other comedians do business. He also starred in American Hustle, Trumbo and lent a leading voice to The Secret Life of Pets. C.K. hits the Petersen Events Center tonight. IF 8 p.m. 3719 Terrace St., Oakland. $50. 412-648-3054 or www.louisck.net

City Theatre presents the world premiere of writer and actress Sharon Washington’s solo show Feeding the Dragon. City Theatre worked with Washington on her script; Washington herself stars in this semi-autobiographical coming-of-age story about a girl who grows up at a branch of the New York Public Library, where her father, the live-in custodian, must feed the coal furnace every night. The production in the intimate Lester Hamburg Studio Theatre, is directed by Maria Mileaf, and the first performance is tonight. IF 5:30 p.m. Continues through Nov. 20. 1300 Bingham St., South Side. $15-59. 412-431-2489 or www.citytheatrecompany.org

The pleasant inconvenience of a flat bike tire on the way to work. The weird mystery of a late-night visit to the cavernous, empty reaches of a Home Depot. This is the stuff of Daily Geology, John Peña’s five-years-and-running series of daily comics about moments in his life. Tonight, at Copacetic Comics, the Carnegie Mellon professor and nationally exhibited artist holds the book launch for his second collection of Daily Geology strips. BO 7-9 p.m. 3138 Dobson St., Polish Hill. Free. 412-251-5451 or www.copaceticcomics.com

The 2016 Kellogg’s Tour of Gymnastics Champions arrives today at the CONSOL Energy Center. As with the other stops on the 36-city tour, local gymnasts are expected to join selected members of the 2016 U.S. Olympic team, in addition to athletes from the 2012 Olympic team, for skills exhibitions ranging from floor exercises to the rings. Touring cast members (not all of whom will appear at each stop) include Simone Biles, Gabby Douglas and Chris Brooks. VIP packages include a pre-show Olympian Chalk Talk, led by 2008 Olympic champion Nastia Luikin, and an autograph session following the show. IF 5 p.m. 1001 Fifth Ave., Uptown. $27.50-284.75. 800-745-3000 or www.ppgpaintsarena.com

Once, seeking economic opportunity, Philippines-born Xyza Cruz Bacani was employed as a domestic worker in Hong Kong. There she took up photography, and began documenting how foreign domestic workers are often mistreated. Bacani is now internationally acclaimed (as a 2015 Magnum Foundation Human Rights Fellow, among other honors). Her exhibit Modern Slavery, featuring 12 images of domestic workers, is new in the gallery of Manchester Craftsmen’s Guild. Supplemental programming includes a public reception and artist talk on Dec. 14. BO 9 a.m.-5 p.m. Exhibit continues through Jan. 6. 1815 Metropolitan St., North Side. Free. 412-322-1773 or www.mcgyouthandarts.org

The Color Purple author Alice Walker is among the guests for tonight’s Pittsburgh premiere of the new documentary Yemanjá: Wisdom from the African Heart of Brazil, at Chatham University. Walker narrates the hour-long film, which explores the African-derived Candomblé spiritual culture in Bahia, Brazil, through the stories of its elder women. The screening is followed by a panel discussion featuring Walker; the film’s director, Pittsburgh-based Donna C. Roberts; and Rachel Elizabeth Harding, an author, scholar and Candomblé priestess based in Colorado. The free event takes place in Chatham’s Campbell Memorial Chapel, with an overflow screening in the Eddy Theater. BO 6:30 p.m. Chatham campus, Squirrel Hill. Free. www.justfilmspgh.org