It’s been six years since the untimely death of Michael Jackson. Love him or hate him, the eccentric music icon left behind a body of work that few in history can approach. From No. 1 hits, albums and videos to sold-out concerts and global superstardom, Jackson was a key part of the past half-century of pop culture. On Oct. 17, at Shady Side Academy’s Hillman Center for Performing Arts, the touring show King Michael: A Glorious Tribute to The King of Pop celebrates Jackson’s life from his early days with his brothers in The Jackson 5 to his megahits of the 1980s, ’90s and 2000s. Love Productions’ multimedia production features top Jackson impersonators including Grammy Award-winning singers and Broadway dancers, plus urban acrobats and a gospel choir performing his biggest hits, including “Billie Jean,” “Beat It,” “Thriller,” “Man in the Mirror” and more. Add Jackson’s most recognizable dance moves and choreographic routines, and the tribute should appeal to any fan of Jackson’s artistry. Broadway World called the production “spectacular.” This performance is its Pittsburgh premiere. Steve Sucato 7:30 p.m. Sat., Oct. 17 (family activities at 6:30 p.m.). 423 Fox Chapel Road, Pittsburgh. $16-30. 412- 968-3040 or www.shadysideacademy.org 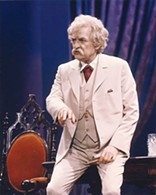 When Hal Holbrook began performing his one-man show Mark Twain Tonight, Twain himself was only 44 years buried, and Holbrook himself was not yet age 30. That was in 1954. Twain Tonight is now the longest-running show in the history of American theater, including three turns on Broadway. In this year of Twain’s 180th birthday, the much-honored Holbrook, now 90, brings his signature work to the Byham Theater. He portrays Twain presenting a selection of his writings, which might include anything from commentary on the Bible to scenes from The Adventures of Huckleberry Finn, and which focus on the celebrated author and wit as social critic. Bill O’Driscoll 7:30 p.m. 101 Sixth St., Downtown. $51.75-99.75. 412-456-6666 or www.trustarts.org

Whether you adored or ignored last year’s film adaptation, here’s your chance to see Into the Woods in its original form, as a stage musical. The acclaimed 1986 show, with music and lyrics by Stephen Sondheim and book by James Lapine, weaves together several iconic fairy tales for a wry take on human desire. Cinderella, Red Ridinghood, Jack, a witch, a baker and his wife and an insincerely romantic prince all take the Pittsburgh Playhouse stage starting tonight. Point Park’s Conservatory Theatre Company production features a student cast, directed by Zeva Barzell. BO 8 p.m. Pittsburgh Playhouse, 222 Craft Ave., Oakland. $12-24. 412-392-8000 or www.pittsburghplayhouse.com

Laurie Trok is best known for her intricate cut-paper sculptures, like the memorable floor-to-ceiling works in a recent exhibit at SPACE. But her new solo show at The MINE Factory is something of a spin-off. INTERVAL features cut-wood forms based on the forms cut away from her drawings on paper, and which function both as shapes and as paint surfaces. INTERVAL also includes Trok’s first exhibited works on canvas as well as work from her Paper Ball Project, which aims to create 1,000 cut-paper pieces of art based on the lines generated by crumpling paper into balls. The opening reception is tonight. BO 6-9 p.m. Exhibit continues through Oct. 28. 201 N. Braddock Ave., Point Breeze. Free. www.laurietrok.com

Women face many gender-related challenges, like the struggles of balancing motherhood and a career, and the stigma around choosing nontraditional paths. It’s an issue that playwright Andrea Lepcio (Looking for the Pony) tackles in Tunnel Vision, starting tonight by Off the Wall Productions at Carnegie Stage. Tunnel Vision, directed by Melissa Maxwell, celebrates the feminine through a journey of self-acceptance and redemption. The world-premiere production stars Lisa Ann Goldsmith and Elizabeth Ruelas. Kelechi Urama 8 p.m. Continues through Oct. 31. 25 W. Main St., Carnegie. $25-35. 724-873-3576 or www.insideoffthewall.com

The unconventional music and choreography of Igor Stravinsky’s ballet The Rite of Spring caused the audience to riot at its 1913 premiere, in Paris. However, Rite is now considered one of the most important musical works of the 20th century. Pittsburgh Symphony Orchestra presents The Rite of Spring as part of its BNY Mellon Grand Classics series at Heinz Hall, with guest conductor Yan Pascal Tortelier (pictured). A pre-concert talk accompanies each show, and the Three Rivers Young Peoples Orchestra performs one hour before Sunday’s performance. KU 8 p.m. Also 8 p.m. Sat., Oct. 17, and 2:30 p.m. Sun., Oct. 18. 600 Penn Ave., Downtown. $20-94. 412-392-4900 or www.pittsburghsymphony.org 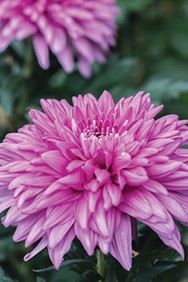 The Holocaust Center of Pittsburgh, founded in 1981, is finally getting its first independent, dedicated home, including meeting, exhibition and classroom space. Today, the Squirrel Hill facility holds its grand opening, including the premiere of a new, original exhibit. In Celebration of Life: Living Legacy is a photographic and multimedia show honoring and commemorating local Holocaust survivors. This evening’s event at Squirrel Hill Plaza also includes presentation of the first annual Holocaust Educator Award. BO 5-7 p.m. 826 Hazelwood Ave., Squirrel Hill. $18 (free for Holocaust survivors, children and students). 412-421-1500 or www.holocaustcenterpgh.org

“I could hit my head in the bathtub ... bleed out, and three days later a cat will eat my face. I don’t have a cat, but when a single woman dies alone, a cat appears,” says Jen Kirkman in her Netflix special I’m Gonna Die Alone (and I Feel Fine). Tonight, the Los Angeles-based comedian, author, and podcaster visits the Rex Theater, where she headlines in a performance rescheduled from July. Tickets from that show will be honored. KU 8 p.m. 1602 E. Carson St., South Side. $7.50-17. 412-381-6811 or www.rextheater.com

It’s not often a novel is called “a flash in the heavens that makes you look up and believe in miracles.” But that’s how The Washington Post described Anthony Marra’s award-winning 2013 novel A Constellation of Vital Phenomena. The New York Times bestselling novel, Marra’s first, is set during the Chechen conflict. The California-based writer, also the winner of the University of Pittsburgh’s 2015 Fred R. Brown Literary award, reads tonight at the Pittsburgh Contemporary Writers Series. The free event, cosponsored by the University Store on Fifth, is at Frick Fine Arts Auditorium. KU 8:30 p.m. Schenley Plaza, Oakland. Free. 412-624-6508 or www.pghwriterseries.wordpress.com

Bill Burr’s been busy. The Los Angeles-based comedian co-starred in Black and White, with Octavia Spencer and Kevin Spacey, and dropped his fourth hour-long standup special on Netflix last year. F Is for Family, an animated series he created and stars in, debuts on Netflix in December. He also hosts the popular podcast Bill Burr’s Monday Morning. Rolling Stone’s “undisputed heavyweight champ of rage-fueled humor” comes to Heinz Hall for a pair of performances. The 7 p.m. show is sold out. KU 7 and 9:30 p.m. 600 Penn Ave., Downtown. $49.25. 412-392-4900 or www.pittsburghsymphony.org