When Carolina Loyola-Garcia first came to Pittsburgh for graduate school, in 1996, the city had no flamenco scene. Today it does, thanks largely to the Chilean-born filmmaker and educator, who herself didn't take up flamenco dance until college. In Pittsburgh, parents at her daughter's school asked her to teach their kids flamenco. And then, she says, "All the adults signed up." Now, boosted by a rising Latino population and groups like Alba Flamenco (which Loyola-Garcia co-founded), the city supports classes, workshops and performances. And this week, as part of the Three Rivers Film Festival, comes the Pittsburgh premiere of Sobre Las Olas, Loyola-Garcia's feature-length documentary on flamenco in the U.S. The film traces that history from José Greco — the Italian-born dancer who popularized flamenco here — to the singers, dancers and musicians keeping it alive today. Loyola-Garcia is an internationally exhibited artist and associate professor of media arts at Robert Morris University. Her Pittsburgh-based crew spent three-and-a-half years making the film. Funders include the National Endowment for the Arts, the Heinz Endowments and the Pittsburgh Foundation. Alongside interviews and archival imagery, a third of the film is straight-up performance. That, says Garcia, is largely in homage to venerable Spanish director Carlos Saura, who famously used flamenco in his films: "I think he's a master of portraying dance." Bill O'Driscoll 7 p.m. Sun., Nov. 10, and 9 p.m. Tue., Nov. 12. Melwood Screening Room, 477 Melwood Ave., Oakland. $9-10. www.3rff.com

Last year, Sam Shepard was in town to play Christian Bale's dad in the film Out of the Furnace. That's due out next month, but in the meantime, starting tonight, Pittsburgh Public Theater stages the iconic playwright's own breakthrough work. In True West, Shepard depicts the struggle between two brothers, a screenwriter and a thief, while exploring the myths of the American West. And there are gritty comedy, fistfights and toasters — lots of toasters. Pamela Berlin directs a cast including Ken Barnett, Dan Shor, David Mogentale and Pittsburgh's own Mary Rawson. Bill O'Driscoll 8 p.m. Show continues through Dec. 8. 621 Penn Ave., Downtown. $15.75-55. 412-316-1600 or www.ppt.org

Hecuba, Euripides' tragedy about the wife of the King of Troy, is being staged by Point Park University's Conservatory Theatre Company. Hecuba's offspring played pivotal roles in the Trojan War; set in the aftermath of the city's razing, the play depicts the Trojans facing their losses and seeking revenge upon the Greeks. Maybe there'll be no giant wooden horses — but this production, directed by Monica Payne, promises to include "striking images of more recent crimes against humanity." The first performance is tonight. Brett Wilson 8 p.m. Continues through Nov. 24. Pittsburgh Playhouse, 222 Craft Ave., Oakland. $18-20. 412-392-8000 or www.pittsburghplayhouse.com 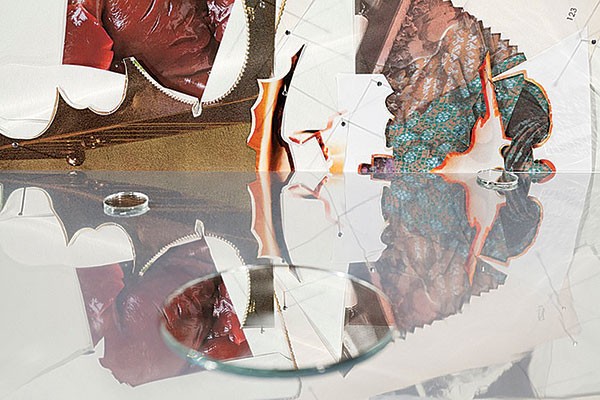 In 1966, Senegal-born Ousmane Sembéne released La Noire de ..., the first feature film ever by a director from sub-Saharan Africa. Sembéne's acclaimed film career stretched into the 21st century. He died in 2007; soon after came a local screening series honoring this Father of African Cinema. Tonight, Sembéne – The Film & Arts Festival screens Mumia: The Long Distance Revolutionary, Stephen Vittoria's new documentary about death-row cause celebre Mumia Abu-Jamal. The fifth annual fest continues on Sat., Nov. 9, with Sembéne's own Mandabi (The Money Order) (1968). Documentaries follow on jazz greats Ornette Coleman (Nov. 15) and Betty Carter (Nov. 22) and the pragmatically minded Urban Encounters: What To Do If You Get Stopped By the Police (Nov. 29). Festival partners include Pitt's Department of Africana studies; the screenings, all at the Carnegie Library of Pittsburgh – Homewood, are free, and followed by expert-led discussions. BO 6:15 p.m. 7101 Hamilton Ave., Homewood. Free. www.senbenefilmfestival.org

Art by Henri Lovie, courtesy of the Becker Collection.

The Frick Art & Historical Center marks the sesquicentennial of the Battle of Gettysburg with the touring exhibition Civil War Drawings From the Becker Collection. Though it's largely forgotten in the age of cameras, journalists once hand-drew images of battles and the living conditions faced by soldiers at war. These more than 100 illustrations were originally published in periodicals like Frank Leslie's Illustrated and Harper's Weekly. Today's family-friendly opening-day festivities include a chance to sample the food known as hardtack, attempt period crafts and hear Civil War-era tunes by the group Home Front. BW 10 a.m.-5 p.m. (family events: 11 a.m.-4 p.m.) Exhibit continues through Jan. 12. 7227 Reynolds St., Point Breeze. Free. 412-371-0600 or www.thefrickpittsburgh.org

Jessica Dickey's one-woman show The Amish Project was a 2011 audience favorite at City Theatre. The playwright and actor returns (just as playwright) with Charles Ives Take Me Home, a drama about a violinist father and his basketball-obsessed daughter. The key (so to speak) is the music of Charles Ives, a modernist composer who happened to love sports. Matt M. Morrow directs this Pittsburgh-premiere production starring James FitzGerald, Tressa Glover and Drew McVety. The first performance is tonight. BO 5:30 p.m. Show continues through Dec. 15. 1300 Bingham St., South Side. $15-55. 412-431-2489 or www.citytheatrecompany.org

The Pittsburgh Society of Artists holds its 2013 Annual Exhibit in a new location: the Father Ryan Arts Center, in McKees Rocks. The show draws from work by the Society's more than 350 artist-members in the region, working in a range of visual media. The juror for this year's 48th annual show is William DeBernardi, an internationally exhibited painter and associate professor at Carlow University. BO 6-8:30 p.m. Exhibit continues through Nov. 29. 420Chartiers Ave., McKees Rocks. Free. 412-771-3052 or www.pittsburghsocietyofartists.org

The Magic Flute, Mozart's final opera, remains his most popular — indeed, one of the world's most-performed. Starting tonight, Pittsburgh Opera presents the fanciful romance, about a prince rescuing the daughter of the Queen of the Night, in an acclaimed Canadian Opera Company production. Antony Walker conducts current and former Opera resident artists including tenor Sean Panikkar, as Tamino; baritone Craig Verm, as Papageno; and, as Queen of the Night (with her famed arias), the aptly named Audrey Luna. Magic Flute, last performed here in 2007, is sung in English, with lyrics projected above the Benedum Center stage. BO 8 p.m. Also Nov. 12, 15 and 17. 719 Liberty Ave., Downtown. $12.75-155.75. 412-281-0912 or www.pittsburghopera.org

Patricia Prattis Jennings gained fame at the keyboard: In the 1960s, she became the first African-American woman to sign a full contract with a major American symphony, and then spent four decades as principal keyboardist for the Pittsburgh Symphony Orchestra. Since retiring, in 2006, Jennings has focused more on writing. Tonight, at Carnegie's Andrew Carnegie Free Library & Music Hall, she'll read from In One Era and Out the Other, her new book collecting 20 years of personal essays about everything from politics and technology to race and culture. The program is free. BO 7 p.m. 300 Beechwood Ave., Carnegie. 412-276-3456 or www.carnegiecarnegie.org

"I like to start an argument during sex, because I think it's a good time to win," says comedian Rachel Feinstein. "I'll wait till I'm on my hands and knees, and I'll be like, 'Are you gonna meet my parents?'" Feinstein, an actress with international standup credentials, hits the Pittsburgh Improv tonight with tourmates Nema Williams and Ed Blaze. Williams is billed as "probably the most frequently appearing white guy on black comedy shows." Tanzanian-born Blaze is known for his routines comparing Africans and African Americans. BO 8 p.m. 166 E. Bridge St., The Waterfront, West Homestead. $20 (18 and over). 412-462-5233 or www.pittsburgh.improv.com