If you don't associate Russia with green buildings, you're not entirely wrong: The push to make high-performing structures that are kinder to the environment and nicer for people to inhabit is just getting started there. Mike Schiller, who heads Pittsburgh's Green Building Alliance, learned as much on his speaking tour there this past summer. But he also connected with two leaders in that fledgling movement: Russian Green Building Council founder Guy Eames and Svetlana Koshkina, CEO of the Russian Green Development Forum. "It's so new to Russia, they're sort of spearheading the entire movement," says GBA spokesperson Leslie Montgomery. Compare that to the U.S., where the two-decade-plus green-building movement includes things like last week's GreenBuild Conference, in Philadelphia, with 30,000 attendees from 90 countries. And Moscow has just nine certified-green buildings, compared to about 40 in much-smaller Pittsburgh. Eames (who's U.K.-born but Russia-based) and Koshkina are now on a GBA-facilitated, State Department-funded cultural-exchange tour of five U.S. cities (which includes the GreenBuild conference). And on Dec. 4, the pair (pictured) visit GBA headquarters to talk about the special challenges of greening Russia's built environment, from regulatory hurdles to taking on massive projects like the Sochi Olympics. Next year, the exchange continues when Schiller and Nancy Hart, GBA's vice president of development, return to Russia for more. Bill O'Driscoll 5:30-8 p.m. Wed., Dec. 4. 33 Terminal Way, Suite 311, South Side. $5. 412-431-0709

Visiting Phipps Conservatory over the holiday season for its festive displays is a Pittsburgh rite of passage. This year's Winter Flower Show and Winter Light Garden will surely illuminate the season. The exhibit, opening today, will feature glass sculptures — articulated mushrooms, ferns, bromeliads — and a light installation evoking the night sky that might cheer up even Scrooge. (The artists are Matthew McCormack and Jenn Figg.) Plus plenty of poinsettias, amaryllis and paperwhites. And if your previous visit to Phipps was to see the corpse flower, don't worry — it will definitely smell better this time. Today also marks the start of Phipps' special late winter hours. Brett Wilson 9:30 a.m.-11 p.m. (Winter Light Garden: 5-11 p.m.). Displays continue through Jan. 12. One Schenley Park, Oakland. $11-15. 412-622-6914 or www.phipps.conservatory.org

One of the closest things to a 21st-century holiday stage classic we have is Mrs. Bob Cratchit's Wild Christmas Binge. Christopher Durang's 2002 parody of A Christmas Carol world-premiered right here at City Theatre, and has gone on to light up stages pretty much everywhere. Little Lake Theatre Company's new production opens this week, featuring: a title character who's had enough of the numerous urchins living "in a bunch in the root cellar"; a ghost who can't get her timing down; and four of Durang's original songs. The show, directed by Jena Oberg, features Leah Hillgrove in the title role and Art DeConciliis as Scrooge. Bill O'Driscoll 8 p.m. Continues through Dec. 14. 500 Lakeside Drive South, Canonsburg. $12-20. 724-745-6300 or www.littlelake.org

The 1997 play 2 Pianos 4 Hands might be the most popular crowd-pleaser you've never heard of. Ted Dykstra and Richard Greenblatt's comedy for a pair of piano-playing actors tells the story of two childhood friends who both spent years trying to become famous concert pianists. The two perform tunes by everyone from Bach to Billy Joel while portraying dozens of characters, from pushy parents to eccentric teachers. The play's had national touring productions and been staged around the world, with translations into Finnish, French and Japanese. City Theatre's new mainstage production features Broadway-credited Bob Stillman (pictured) and Christopher Tocco, who has international stage experience; Tom Frey, who has performed in the show hundreds of times himself, directs his 12th production. The first performance is tonight. BO 5:30 p.m. Continues through Dec. 22. 1300 Bingham St., South Side. $15-55. 412-431-2489 or www.citytheatrecompany.org

There might be folks out there who think the Kelly-Strayhorn Theater is named after someone called "Kelly Strayhorn." But everyone else can tell you that the "Kelly" is Gene, and Strayhorn refers to a guy who grew up around the corner and went on to worldwide fame as a pianist and composer. That's why each year, the venue hosts Suite Life: A Billy Strayhorn Birthday Bash. Tonight's event commemorates what would have been the 98th birthday of the man who wrote "Lush Life," "Satin Doll," "Take the 'A' Train" and many more. The Pittsburgh Jazz Orchestra, led by trumpeter and composer Sean Jones, and with vocalist Carolyn Perteete, offers a tribute concert. For the pre-show VIP reception with Jones, cocktail attire is requested. BO 8 p.m. (6 p.m. VIP reception). 5941 Penn Ave., East Liberty. $15-25 (VIP: $75). 412-363-3000 or www.kelly-strayhorn.org 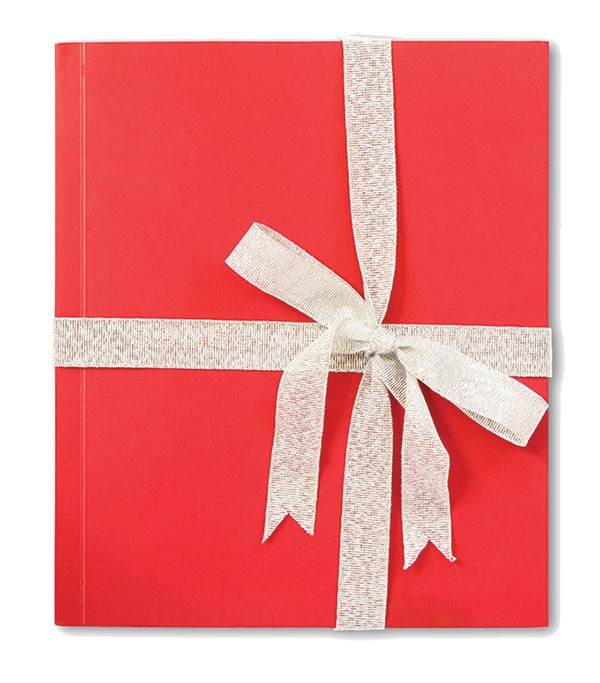 Once upon a time, for decades after the invention of cinema, there were, technically, no "silent films"; nobody had to call 'em that until some movies talked. These days, though, people are rediscovering the pleasures of sound-free movies screened with live musical accompaniment, at events like the Hollywood Theater's Silents, Please! series. Today, Ben Opie's Sound/Unsound Trio performs to a program of mostly classic shorts including: Méliès' pioneering and iconic 1902 fantasy "A Trip to the Moon"; Buster Keaton's "One Week"; Viking Eggeling's hypnotic early abstract animation "Symphonie Diagonale" (1924); and the 1924 British comedy "The Fugitive Futurist." The program is called Early Film Techniques. BO 2 p.m. 1449 Potomac Ave., Dormont. $5-7. 412-563-0368 or www.thehollywooddormont.org

How can you not like an Open Mic & Craft Beer Swap? Especially at a public library? The Bridgeville Public Library launched this series in September, and we can't really see any downside to sampling beer while listening to live acoustic music in such close proximity to all those books. Local musicians of all genres — and, presumably, brews of all genres — are welcome at this family-friendly event (though you must be over 21 for the beer swap). Bring beer, bring a guitar, return that overdue copy of Siddhartha ... but do it tonight, because this is the final Open Mic & Craft Beer Swap of the year. BO 6:30-8:30 p.m. 505 McMillen St., Bridgeville. Free. 412-221-3737 or www.bridgevillelibrary.org

Get outside this December and challenge yourself with the Venture Outdoors urban fitness hike Woods Run Top to Bottom. When the weather turns, it's easy to get caught indoors cozying up next to a fireplace. But an even better feeling is getting in a good workout with winter air rushing into your lungs. The hike starts at Observatory Hill, heads down to the Ohio River and then back up to the Hill for a beautiful nighttime view of the city. The guided 4-to-5-mile hike will be challenging, but worth the sweat. BW 6 p.m. Riverview Park, Perry North. $12. 412-255-0564 or www.ventureoutdoors.org