Patrick Jordan and Melissa Martin get why Pittsburgh hasn't seen a professional production of A Streetcar Named Desire for some 15 years: It's a classic with a large cast — "a monster play," says Jordan — and it's shadowed by the iconic 1951 Marlon Brando-Vivien Leigh film version. "People who don't know anything about theater can still yell ‘Stella!' at you," quips Martin. Adds Jordan, "It's one of those plays, you could never do it, and why would you?" But Tennessee Williams is Martin's favorite playwright; Streetcar is Jordan's "favorite play of all time"; and his barebones productions is designed to stage work nobody else in town is. Over 11 seasons, that's usually meant new plays. Now it means 12 performances of Williams' 1947 masterpiece about penniless Southern belle Blanche DuBois, her sister, Stella, and Stella's loutish husband, Stanley Kowalski, set in an ethnically diverse, working-class New Orleans. The show stars, respectively, Tami Dixon, Jenna C. Johnson and Jordan himself. Martin directs. The production includes live transitional and atmospheric music, played onstage by Joe Gruschecky (guitar and vocals) and John Gresh (keyboard), including New Orleans standards. (A few performances will use recorded music.) And as Martin says, such Streetcar themes as who qualifies as a "real American" remain fresh. "Every character, every page, every line has depth to it," says Jordan. Bill O'Driscoll Nov. 20-Dec. 6. 6 Allegheny Square East, North Side. $30. www.barebonesproductions.com

Helping trans people tell their stories is the mission of Trans*Voices, an annual summit hosted by Pittsburgh's Garden of Peace Project that draws attendees from across the country. The four-day event begins tonight. The caucuses and workshops are supplemented by public events including Trans*Voices of Pittsburgh & Beyond. The Sat., Nov. 22, program at the Kelly-Strayhorn Theater features original monologues by 13 guests, including: Lourdes Ashley Hunter, founder of the New York-based Trans Women of Color Collective; Katrina Goodlett, of web radio's Kitty Bella Show; Angelica Ross (pictured), of Chicago's TransTech Social Enterprises; and Tiq Milan, senior media strategist at GLAAD. Summit registration is free, but tickets for the Nov. 22 show are $20-25 (free for those under age 20);Bill O'Driscoll Summit continues through Sun., Nov. 23. Various locations, East Liberty area. www.gardenofpeaceproject.org

Every week for 13 months, Becky Slemmons visited Pittsburgh's temples, churches, synagogues and mosques to explore the relationship between attending worship services and attending to art. "Too different in today's world, I suspect, for most to simultaneously take both paths," she says. Slemmons took photographs and video, and also created a drawing during or after each of the 100 visits. She also added fabric to her white worship dress to reflect the accumulation of experiences. Her exhibit Gatherings opens tonight with a reception at 707 Penn Gallery. Danielle Fox 5:30 p.m. Exhibit continues through Dec. 31. 707 Penn Ave., Downtown. Free. 412-471-6070 or www.trustarts.org 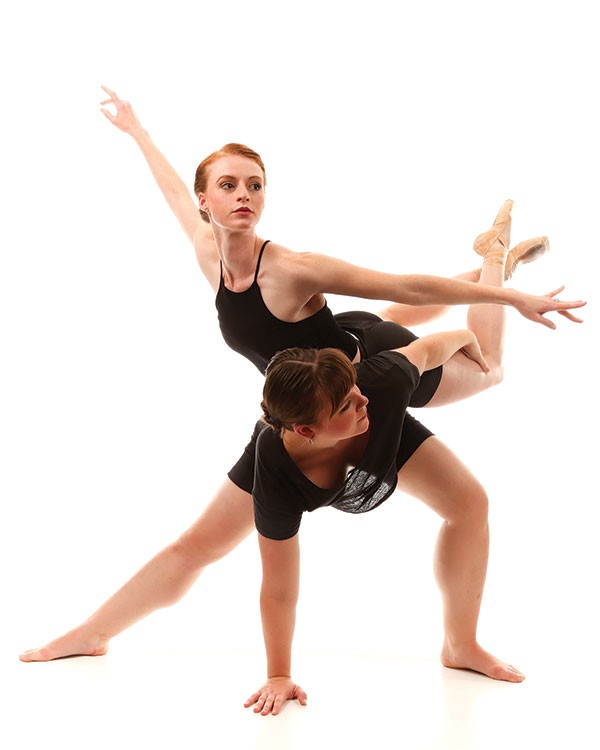 Scottish actor, TV host, comedian and director Craig Ferguson has come a long way since drumming for terrible punk bands. A photo with George Bush from when Ferguson spoke at the White House Correspondents' Dinner verifies his success, as well as his current gig as the (outgoing) Late Late Show host on CBS, his Emmy nomination and his Best New Director title from the Napa Valley Film Festival. Tonight, the self-proclaimed "vulgar lounge entertainer" brings his show to the Carnegie Library of Homestead Music Hall. DF 8 p.m. 510 E. 10th Ave., Munhall. $45-80. www.librarymusichall.com

Behind her ninth album, The Heart of the Matter (Emarcy), jazz vocalist Jane Monheit and her band visit Manchester Craftmen's Guild for two shows tonight. The album's 12 tunes include her interpretations of numbers by The Beatles ("Golden Slumbers/Long and Winding Road") and Buffy St. Marie ("Until It's Time for You to Go"), among others. Monheit, a Grammy nominee with 13 years in the business, brings sidemen on piano, bass and drums. DF 6 and 8:30 p.m. 1815 Metropolitan St., North Side. $49.50. 412-323-4000 or www.mcgjazz.org

The Saturday before every Thanksgiving brings Tellabration, an international storytelling event that's marking 25 years in Pittsburgh. Tonight, local talents gather at Oakland's Church of the Ascension to tell stories ranging from the personal to folk tales. This year's theme is "Silver and Gold." The event for the whole family is sponsored by StorySwap and the Three Rivers Storytelling Festival. BO 8 p.m. 4729 Ellsworth Ave., Oakland. Free (donations accepted). www.at-sciences.com

Extraaaa, extraaaa: A touring version of Tony-winning musical Newsies makes its Pittsburgh debut tonight. Produced by Disney Theatrical Productions, the show was adapted in 2011 from the 1992 film, inspired by the Newsboy Strike of 1899. Directed by Tony nominee Jeff Calhoun, with a score by eight-time Academy Award-winner Alan Menken, it follows a ragged band of teenage newsies fighting for a better way of life. Evoking a time when people still faithfully paid for their news, the PNC Broadway Across America show has eight performances at the Benedum Center. DF 7:30 p.m. Show continues through Nov. 30. 237 Seventh St., Downtown. $21-69. 412-456-6666 or www.trustarts.org