#NOWSEETHIS brings CGI and music to the Carnegie; Neil deGrasse Tyson at the Byham; Midsummer (a play with songs) at City Theatre; The Drift's H3O on the Allegheny

Photo courtesy of the Carnegie Museum of Art

#NOWSEETHIS is an evening of live music and new media art at the Carnegie Museum of Art, marking the first year of the Carnegie's Hillman Photography Initiative. Organized by the museum and local music/art/tech collective VIA, it spotlights visiting performers Kelela, Lower Dens and Juliana Huxtable (about whom see more in CP's music section). One highlight of the visual-art offerings will in fact be integrated into the stage performances. Carnegie Mellon students led by Kevin Ramser — a VIA veteran specializing in media design — are collaborating with Berlin's Pussykrew collective on live-mixed video for the shows. The artists will also be combining live camera feeds from the stage with CGI and live navigations of virtual environments; Ramser calls it "a way to explore liveness in CGI, and to ground content that feels ephemeral or artificial in something that's happening physically in front of you, and in real time." Also look for CMU students' Augmentats, an installation offering temporary tattoos via virtual reality, and for CrashKiss, a group photo booth by artists Rollin and Tad Leonard that mashes two visitors' faces together in a "surreal kiss" (pictured). In a more traditional vein, the evening also marks the launch of the Hillman Initiative's print photo book A People's History of Pittsburgh. Bill O'Driscoll 7-11 p.m. Sat., May 9. 4400 Forbes Ave., Oakland. $10-20. www.nowseethis.org/party

Neil deGrasse Tyson speaks tonight. The astrophysicist, author and TV host (Cosmos, PBS' Origins) is one of those rare humans who's become nationally famous for being smart in public. The Pittsburgh Cultural Trust event, at the Byham Theater, is sold out, but tickets are probably floating around somewhere in the solar system. Bill O'Driscoll 7:30 p.m. 101 Sixth St., Downtown. $34.25-77.25. 412-456-6666 or www.trustarts.org

The Tony- and Pulitzer-winning Next to Normal is acclaimed for both its plot and score. Tackling the issue of mental health, the Tom Kitt and Brian Yorkey musical follows a suburban family struggling with the mother's mental illness. Taking the audience into the mind and heart of each character, it's a story of love and sympathy. A new production by Stage 62, at the Andrew Carnegie Free Library & Music Hall, stars Nick Black, Cynthia Dougherty, Chad Elder and Kristin Carmella. A special May 10 Mother's Day event offers a free ticket if you bring your mother. Zacchiaus McKee 8 p.m. Continues through May 17. 300 Beechwood Ave., Carnegie. $15-18. 412-429-6262 or www.stage62.org

His work went over big as part of a group exhibition this past summer. Now Travis K. Schwab is back at Revision Space with his first solo exhibition. Scratching the Itch gathers new paintings and drawings by a local artist whose national illustration credits include New American Painting and The New Republic. Described as "mostly color-blind," Schwab works in both color and black and white. His signature techniques include smeared and "out of focus" imagery. The opening reception is tonight. BO 6-10 p.m. Exhibit continues through June 14. 5262 Butler St., Lawrenceville. Free. www.revisionspace.com

Drawn from the collections of the National Museum of Wales, Rolling Hills, Satanic Mills: The British Passion for Landscape opens at The Frick Art & Historical Center today. The exhibition explores landscape painting in Britain from the Industrial Revolution and the eras of Romanticism, Impressionism and Modernism through to postmodern imagery. The exhibit includes Lionel Walden's 1985-97 painting "Steelworks, Cardiff, at Night" (pictured). Works by masters like Claude Lorrain, Joseph Wright of Derby, John Constable and Claude Monet are also featured. ZM 10 a.m.-5 p.m. Exhibit continues through Aug. 2. 7227 Reynolds St., Point Breeze. $10. 412-371-0600 or www.thefrickpittsburgh.org

Every Mother's Son is an award-winning 2004 documentary about three women in New York City who became activists after their sons were unjustly killed by police. The film, which originally aired on PBS, screens today at Garfield's BOOM Concepts as part of the Enough Is Enough Film Series, meant to spark social change. The free screening is followed by a discussion facilitated by educator Maritza Mosquera and filmmaker and Enough Is Enough curator Thomas Poole. The series, presented by Provide/Media4U and Nommo Productions, concludes on May 16 at Artists Image Resource with the documentary The Central Park Five. BO Noon. 5139 Penn Ave., Garfield. Free. providemedia4u@gmail.com 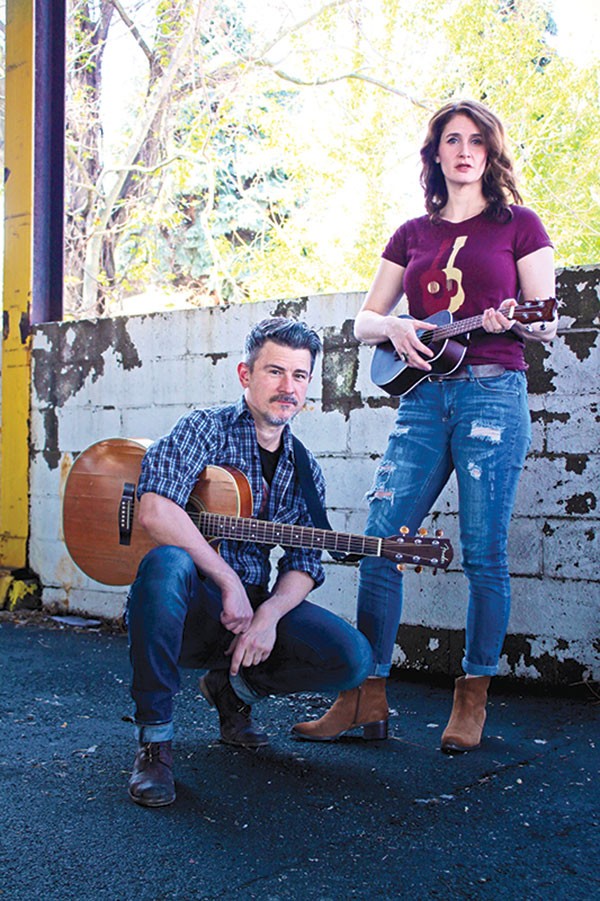 Scottish playwright David Greig's The Monster in the Hall was a highlight on local stages when City Theatre produced it in 2012: a raucous, music-filled comedy about salt-of-the-earth characters in urban Scotland. Greig's back at City with his new one, Midsummer (a play with songs), and this time he has musical help from Gordon McIntyre, of Scottish rock band Ballboy. The show stars Randy Redd and Carey Van Driest, in their City debuts, as a small-time crook and a divorce lawyer who are launched on a wild weekend in Edinburgh by some ill-gotten cash, a local gangster and plenty of booze. "Midsummer is all about new beginnings," says City's Tracy Brigden, who directs. The first two performances are tonight. BO 5:30 and 9 p.m. 1300 Bingham St., South Side. $15-61. 412-431-2489 or www.citytheatrecompany.org

"This is the best book of poems about Kansas by a native Kansan that I have ever read," said poet and critic B.H. Fairchild about the work of Jeff Worley. Poet Worley, who writes about the vortex of human experience that is Wichita and his fading family, reads tonight at East End Book Exchange. The author of five books and three chapbooks, and editor of one anthology, Worley's career spans decades. Joining him is local poet Charlie Brice. ZM 7 p.m. 4754 Liberty Ave., Bloomfield. Free. 412-224-2847 or www.eastendbookexchange.com

It doesn't get any more local, or natural, than stuff you find growing in the woods. Today, Powdermill Nature Reserve continues its Sunday Science and Nature Lecture Series with "Wild Edibles and Medicinal Herbs," a nature talk and weather-permitting interpretive hike about trees, herbs and fungi usable for food and wellness. The program at this Carnegie Museum of Natural History facility, located east of Pittsburgh, is free. BO 1 p.m. 1847 Route 381, Rector. Free. 724-593-6105 or www.carnegiemnh.org

H3O, an artist series hosted by artist group The Drift, aims to transform bodies of water into immersive experiences in sound, expanded media and installation art. For the second event, H3O//002, the group teams with a Carnegie Mellon School of Art Urban Intervention class to develop an exhibit along the Allegheny River. The showcase, which takes place under Veterans Bridge tonight, features audio/visual installations and virtual-reality experiences. Kayaks are welcome. ZM 9 p.m. River Avenue beneath Veterans Bridge, North Side. Free. www.the-drift.org

The post-apocalyptic landscape is a nearly irresistible draw for artists. The latest to turn his attention to it is Josh Simmons, whose work includes the acclaimed graphic novel House. Simmons' darkly humorous Black River (Fantagraphics Books) finds a group of women (and one man) traversing a blasted world looking for remnants of civilization. Simmons' national tour takes him to Copacetic Comics tonight. BO 6-8 p.m. 3138 Dobson St., Polish Hill. Free. 412-251-5451 or www.copaceticcomics.com

Sometimes artists produce their best work under pressure. That's hopefully the case at ArtAttack Pittsburgh, tonight's live painting competition at the Rex Theater. Twelve artists compete to create the best work they can during three rounds of public painting. For the first two rounds, six artists compete, with the audience each time choosing the top two to advance to the final round, when four artists will vie for the title. And audiences will get to see the artistic process from start to finish. All pieces will be auctioned off at evening's end. ZM 7 p.m. 1602 E. Carson St., South Side. $10. 412-381-6811 or www.artattackpgh.com